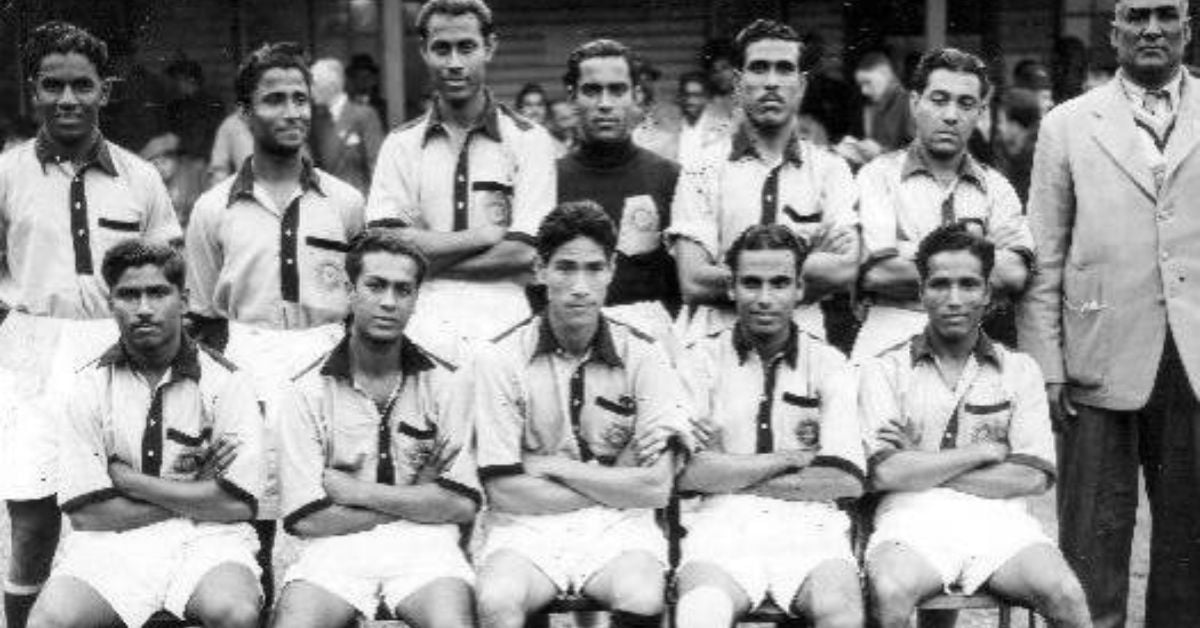 India had impressed one and all with a good show in the 1948 Olympics. The often cited story goes that India did not play in the 1950 FIFA World Cup  because the players did not want to wear shoes, and FIFA, the tale continues, did not allow players to step on the field barefoot.

FIFA directly told India that they would have to wear shoes for the World Cup. With just one slot from Asia, the Philippines, Indonesia, and Burma withdrew before the qualification round leading to India automatically earning a spot. Finally, India didn’t go for the World Cup. As the All India Football Federation (AIFF) remained clueless on the reason why the trip was not made and issued a press release that revealed little, too many theories have been floated over the years.

Sailen Manna, who would have led India in the tournament, says that the AIFF was not taking the World Cup as seriously as the Olympics. Nowhere in any of the discussions at the time was the barefoot issue. It might certainly have been something that would have annoyed the Indian team, but it did not appear as though it was the main reason for the team refusing to travel to Brazil.

The lack of funds was cited as another reason – the passage of money to travel to Brazil could have cost the federation dearly. South America was a faraway place; in fact, no Asian team took part in the 1950 World Cup. Though it was believed that FIFA was ready to bear the cost, AIFF issued a press release saying the team would not play the World Cup because of “disagreement over team selection and insufficient practice time.”

Whatever it may be, one thing is for certain – the Indian players’ reluctance to play in shoes was never the cause as to why our country failed to play in a World Cup.

In this article:Fact check, Fifa, football