Exposed: Journalist from a popular private news channel arrested on charges of extortion in Bengaluru 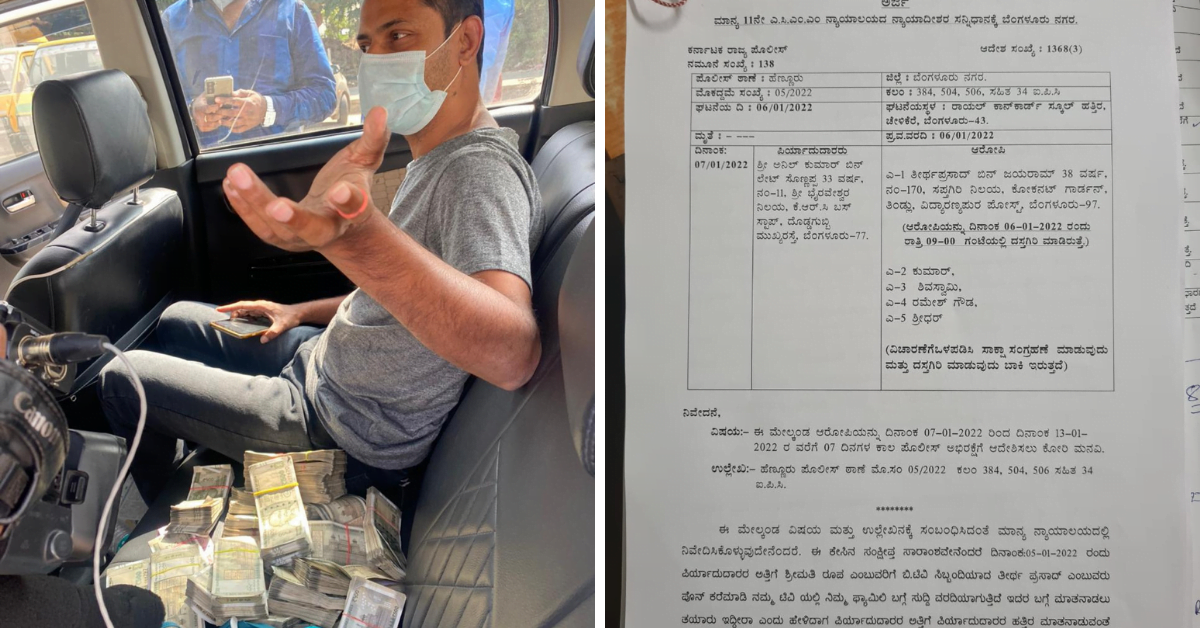 Bengaluru: Hennur Police have arrested journalist working for popular private news channel on the charges of extortion and corruption.

Journalist Tirtha Prasad has been arrested on the charges of corruption and extortion from a person named Anil Kumar a resident of Doddagubbi in Bengaluru. Two days earlier, Tirtha Prasad has called the mother-in-law of Mr. Anil Kumar, he introduced himself as the same and said , “you are involved in illegal sand mining, and we are going to run this story for the people to see”, she said she is unaware of this asked to talk to Anil Kumar about this.

He called Anil Kumar after taking his number and repeated the very thing and threatened him that this private news channel will run the story making such false claims. Anil Kumar requested him that no such thing is being done by him and his family. Tirtha Prasad has firmly told that the tomorrow this news will be live on television and if it has to be stopped then he needs to strike a deal with him and the news channel.

He along with others, including the MD of the popular private news channel Kumar and local leaders have struck a deal of Rs. 20 lakhs that Mr Anil is supposed to pay to the news channel and they will stop airing the story.
While Tirtha Prasad came to collect the money from Anil, they have called the cops by making prior complaints and held him red handed receiving the money red handed basing it on extortion.

Here is the copy of the FIR filed

Tirtha Prasad is a resident of Tindlu in Bengaluru and has now been detained by the Hennur Police but all those names mentioned in the FIR have still not been arrested and the complainants including Anil Kumar have been seeking justice against all the people involved in the deal!

The Police according to the complainants have taken lethargic action and need to act more swiftly for the same also need to detain all those mentioned in the FIR. The police officials are remaining silent and escaping from their duties as they are claiming.

The complainants have also alleged that this popular private news channel has been extorting several people across the city and post this incident many people have come forward similar complaints. Hope justice will be served to the complainants.

Freedom Series – As It Stands