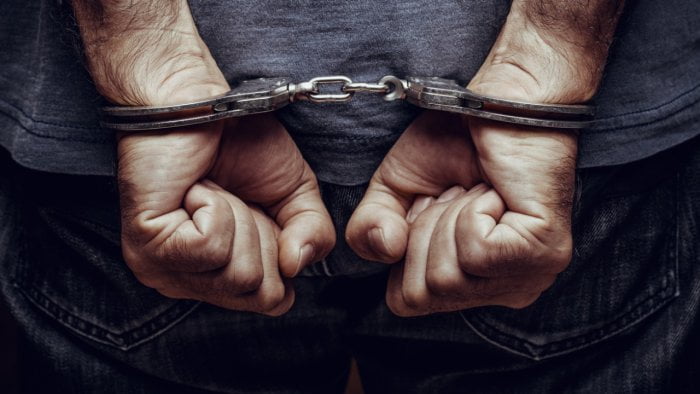 The Noida Police is desperately looking for Shrikant Tyagi, who was seen assaulting a woman at a housing complex and also identified himself as the national executive member of the BJP’s Kisan Morcha and national co-coordinator of its Yuva Samiti.

In a viral video, Mr. Srikant can be seen saying abusive words to the woman, physically assaulting her, and making comments that outrage her modesty. He also used abusive words for the woman’s husband.

Meanwhile, the saffron party has denied any affiliation with Tyagi, even as JCB bulldozers were sent to Grand Omaxe in Noida’s Sector 93 to demolish Tyagi’s illegal constructions. The Noida Police on Saturday said they have detained four close associates and impounded two vehicles of the absconding politician and also lodged another FIR against him.

Twitteratis reacted to the incident and called for the immediate arrest of Srikant Tyagi. Some called Srikant and his bodyguards ‘goons’, while others asked how can such things be tolerated in the society. Still others asked about the inaction of the BJP-led government.

AltNews founder Mohammed Zubair shared a Longer version of the video wherein he claimed that BJP leader Shrikant Tyagi is seen abusing a woman. Zubair warned netizens that there is heavy abusive language in the video.
Even BJP supporters called out for the ruling party to arrest Srikant Tyagi, who has now created a dent in the image of the party as well as the state of Uttar Pradesh.

In line with the UP government’s zero-tolerance policy, Noida police on Sunday slapped Gangster Act on Shrikant Tyagi and his properties are likely to be attached, as per sources.

The National Commission for Women has said that they have taken note of the incident. Chairperson of the commission Rekha Sharma has written to the Director General of Police, Uttar Pradesh seeking the arrest of the accused and called for a fair and speedy inquiry into the matter.

@NCWIndia has taken cognizance of the incident. Chairperson @sharmarekha has written to @dgpup to ensure fair and speedy investigation in the matter. NCW has also sought FIR and arrest of the accused for assaulting a woman.
https://t.co/yoYVZlbTxl

It is good to see netizens on social media seeking justice for a woman, especially when the man has power. #ArrestSrikantTyagi is trending on Twitter, not just because of a minor incident; but for building a gender-equal and gender-just society.

In this article:#ArrestSrikantTyagi, #Bulldozer, #WomenRights, arrest, BJP, up