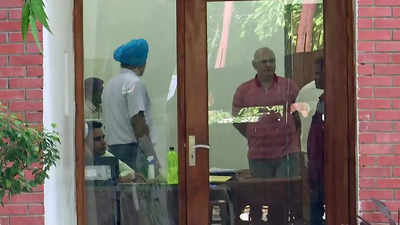 The CBI on Friday raided over 20 places including Deputy CM Manish Sisodia’s residence in connection to the Excise Policy Case. The Centre’s allegations of corruption in the liquor policy were firmly denied by the AAP government. This move has been a nightmare not just for the state government but also for Delhiites who will have to wait till September I for Kejriwal to implement the old policy in Delhi.

The new liquor policy was progressive, plagued by controversies right from the start. 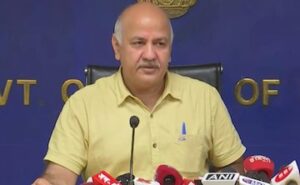 In November 2021, the app government implemented a new liquor policy. Previously proposed in 2020, the government sought to end the monopoly of liquor shops run only by the government thereby solidifying the AAP government’s anti-corruption stance. The 9-month-old policy was prematurely scrapped on August 1, much to the common man’s dismay after the BJP unleashed allegations on the state government of corruption in the allocation of liquor licenses to private entities.

What was perceived as a good source of revenue for the state government turned out to be their worst nightmare.

This led to a massive controversy after the BJP blamed the ruling party for causing excise loss to the Delhi government to the tune of hundreds of crores.

On July 28, Manish Sisodia who also holds the Excise portfolio directed the department to “revert” to the old regime of the excise policy for a period of six months till a fresh policy is in place.

Earlier, Lieutenant Governor V K Saxena had approved the suspension of 11 officials over serious lapses in the implementation of the excise policy of 2021-22. The suspended officials included Arava Gopikrishna and deputy excise commissioner Anand Kumar Tiwari. A CBI probe was ordered by Lieutenant Governor Saxena after a report from the Delhi Chief Secretary alleged irregularities in Delhi’s new liquor policy.

The CBI sent search parties to various locations in Delhi NCR. This also included the residence of Manish Sisodia. Along with Sisodia, searches were carried out at the residences of then Delhi excise commissioner Arava Gopikrishna. The raid has been extended to seven states. The central probe agency said searches are being conducted at 21 locations including in Delhi, Gurugram, Chandigarh, Mumbai, Hyderabad, Lucknow, and Bengaluru.

What did the CBI find?

Arvind Kejriwal took to twitter to defend Sisodia. He said that the CBI sent its officials on the day the New York Times praised the education mode of Delhi.

“There have been raids in the past too, but nothing came out, and nothing will come out this time,” he said.

Sisodia also expressed his disbelief at the recent turn of events.”CBI has arrived. We are honest, building a future for lakhs of children. Unfortunate that in this country, whoever does good work is hassled  just like this, this is why our country is still not number 1 “.

BJP minister Anurag Thakur hit back at the government. “The corruption in excise policy has revealed the true face of Arvind Kejriwal and Manish Sisodia,” Mr Thakur said.