EVERYTHING YOU NEED TO KNOW ABOUT THE ASSAM MIZORAM BORDER DISPUTE 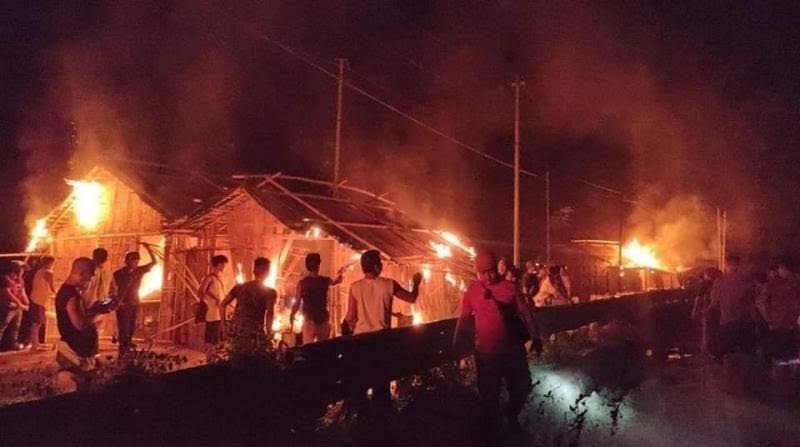 #Assam and #Mizoram share a 164.6 km inter-state border, and conflicting territorial claims have persisted for long. Several dialogues held since 1995 to resolve the border dispute have yielded little results. As a results, flare-ups along the border, over various issues, are not uncommon. Here’s all you need to know.

* The recent clashes occurred along Kolasib district of Mizoram and Cachar of Assam.

* Some Mizo volunteers had put up check posts, allegedly on #Assamese side of the border, and purportedly in the wake of #Covid pandemic.

* Assam forest officials were allegedly not allowed to go beyond the check post, in a recent incident.

* Mizoram police say some people from Assam pelted stones at a Mizo group on the outskirts of a border village on Saturday evening.

* An irate mob from Mizoram’s Vairengte retaliated and set on fire about 20 temporary bamboo huts and stalls built along NH-306 by villagers of Assam’s Lailapur.

Assam forest minister Parimal Shukla Baidya, who is also the local MLA, said such incidents happen as people from both the both the sides illegally cut #trees.

Some Mizo lawmakers claim that over 80 per cent of people living along the border are illegal Bangladeshi immigrants.

* Fingers have also been pointed at some politicians trying to take advantage, in view of state elections next year

· Since 1962 most of the state borders of states carved out of Assam were divided following the myopic vision of the Central government.

· On ground these borders still do not run in sync with the tribal territories and identities, creating repetitive conflicts in the region and disturbing its peace.

· Assam finds itself at the centre of all the conflicts since most of the neighbouring states were carved out of its territory since independence.

· This was done to consolidate the Indian Union at the time by catering to the aspirations of the local tribes and including them in the mainstream by giving them independent #statehoods.

What is the dispute?

· Mizoram shares a 123-km border with southern Assam and has been claiming a 509-square mile stretch “occupied” by the neighbouring State.

· Mizoram used to be the Lushai Hills district of Assam before being made a Union Territory in 1972 and a State in 1987.

· Both States have been disputing an extensive stretch of this boundary.

· At present the BEFR continues to apply, but only in present-day Arunachal Pradesh, Nagaland and Mizoram.

· It had been lifted in the whole of Assam, as well as the entirety of present-day Meghalaya.

· The BEFR allows Arunachal Pradesh, Manipur, Mizoram and Nagaland not to let non-resident Indians in without an inner-line permit for a temporary stay.

· The Foreigners (Protected Areas) Order, 1958 is the modern embodiment of the ILP.

· This Order was passed in furtherance of the Foreigners Act, 1946.

· The Order defined the ‘inner line’ throughout present-day India starting from Jammu and Kashmir and ending at Mizoram.

· This inner line is different from the one envisioned in the Bengal Frontier Regulations.

· This line represents the furthest point up to the international border where a foreigner can visit on the strength of a visa alone.

THIS IS THE SEASON OF INTOLERANCE TOWARDS EVIL

800 REASONS FOR SUCCESS AND 800 MORE FOR CONTROVERSIES!