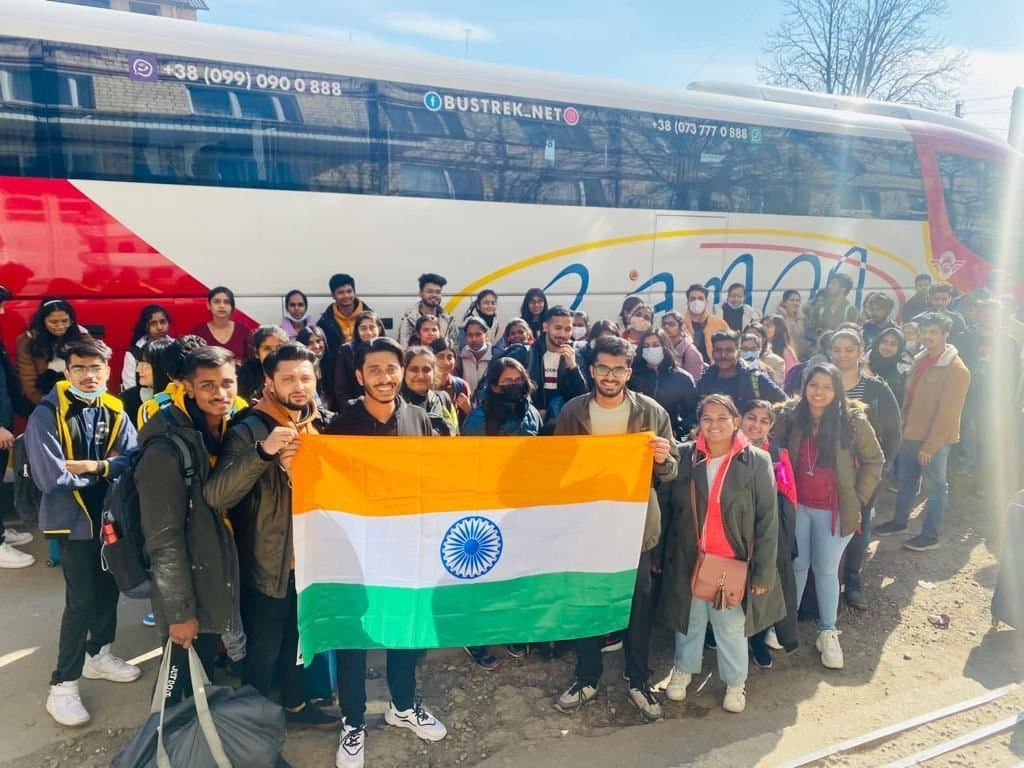 As Ukraine announced the Russian “full-scale invasion” of its territory, 16000 to 25000 Indian nationals are stranded in Ukraine, around 10,000 of them are Indian Students pursuing MBBS in major cities of Ukraine in the regions of Kyiv and Kharkiv.
From finding shelter in metro stations and bunkers to pleading for help on social media addressed to our Prime Minister, Indian embassy as well as some Chief Ministers to act upon rescue operations from the war stride area.

‘Stuck in bunker; No food’: Indian students appeal for evacuation from Ukraine https://t.co/5T9A9UPhbI

#Video | "We request the PM to save all the Indian students stuck in #Ukraine. Please ensure their safety. Requesting the PM to airlift the students," three mothers from Dehradun cry out for help.https://t.co/hGdLJoNyp9

Indian students are posting videos capturing their state of despair while bombs could be heard in the background, amidst all this today the rescue operations from the Indian Embassy have begun to evacuate Indian nationals from Ukraine.

The first batch of evacuees from Ukraine reach Romania via Suceava border crossing.

Our team at Suceava will now facilitate travel to Bucharest for their onward journey to India. pic.twitter.com/G8nz2jVHxD

The Ministry of External Affairs issued an advisory on Thursday stating that “alternative arrangements are being made for the evacuation of Indian nationals.” They also said that the embassy is aiming to relocate nationals to the western part of the country in light of Ukrainian airspace being closed.

Indian medical students in the first batch of rescued Indian Nationals who are on way from Ukraine to Romania thank Indian Embassy and Government. Glad the rescue mission has begun for more than 15000 fellow Indians.

The first batch of 470 evacuees from Chernivtsi, Ukraine reached Romania crossing the Suceava Border in a bus, from Suceava, Indian nationals are to be taken to Bucharest and from where the trip to India begins safely, As per the official information.
Many officers and ministers are communicating with Indian nationals through the embassy as well as social media, sharing further information on evacuation and helpline details.

Karnataka State Disaster Management Authority has created a web portal https://t.co/Gcq9624kRP
to gather information on people from Karnataka who are stranded in Ukraine.
346 people have registered on the portal. Please register if stranded.#UkraineRussia #IndiansInUkraine pic.twitter.com/yu54nY8Frc