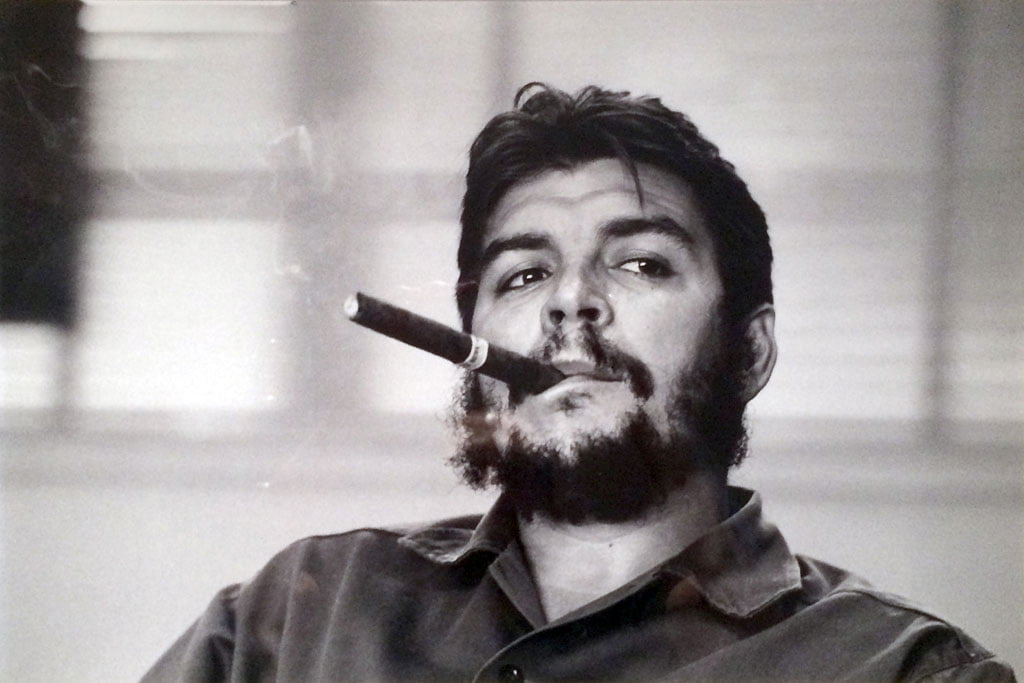 June 14 marks the 93rd birth anniversary of Ernesto Che Guevara who was an Argentine Marxist revolutionary, physician, author, guerrilla leader, diplomat, and military theorist. Known as one of the major figures of the Cuban Revolution, Guevara has become a symbol of rebellion and global insignia in popular culture.

Ernesto Guevara was born to Ernesto Guevara Lynch and Celia de la Serna y Llosa, on 14 June 1928, in Rosario, Argentina. Although the legal name on his birth certificate was “Ernesto Guevara”, his name sometimes appears with “de la Serna” and/or “Lynch” accompanying it. He completed his medical studies in 1953.

Why was Guevara an influential personality?

With the byname of Ernesto Guevara de la Serna, Guevara was a theoretician and tactician of guerrilla warfare, prominent communist figure in the Cuban Revolution (1956–59), and guerrilla leader in South America. After his execution by the Bolivian army, he was regarded as a martyred hero by generations of leftists worldwide, and his image became an icon of leftist radicalism and anti-imperialism.

Notably, he spent many of his holidays traveling in Latin America, and his observations of the great poverty of the masses contributed to his eventual conclusion that the only solution lay in violent revolution. He came to look upon Latin America not as a collection of separate nations but as a cultural and economic entity, the liberation of which would require an intercontinental strategy.

Guevara expounded a vision of a new socialist citizen who would work for the good of society rather than for personal profit, a notion he embodied through his own hard work.

Guatemala and The Cuban Revolution

In 1953 Guevara went to Guatemala, where Jacobo Arbenz headed a progressive regime that was attempting to bring about a social revolution.

The overthrow of the Arbenz regime in 1954 in a coup supported by the U.S. Central Intelligence Agency (CIA) persuaded Guevara that the United States would always oppose progressive leftist governments.

This became the cornerstone of his plans to bring about socialism by means of a worldwide revolution. It was in Guatemala that Guevara became a dedicated Marxist.

Guevara left Guatemala for Mexico, where he met the Cuban brothers Fidel and Raúl Castro, political exiles who were preparing an attempt to overthrow the dictatorship of Fulgencio Batista in Cuba. Guevara joined the 26th of July Movement, which landed a force of 81 men (including Guevara) in the Cuban province of Oriente on December 2, 1956.

Immediately detected by Batista’s army, they were almost wiped out. The few survivors, including the wounded Guevara, reached the Sierra Maestra, where they became the nucleus of a guerrilla army.

After Castro’s victorious troops entered Havana on January 8, 1959, Guevara served for several months at La Cabaña prison. Guevara became a Cuban citizen, as prominent in the newly established Marxist government as he had been in the revolutionary army, representing Cuba on many commercial missions.

He also became well known in the West for his opposition to all forms of imperialism and neocolonialism and for his attacks on U.S. foreign policy.

In December 1964 Guevara traveled to New York City, where he condemned U.S. intervention in Cuban affairs and incursions into Cuban airspace in an address to the United Nations General Assembly.

In the autumn of 1966 Guevara went to Bolivia, incognito (beardless and bald), to create and lead a guerrilla group in the region of Santa Cruz. After some initial combat successes, Guevara and his guerrilla band found themselves constantly on the run from the Bolivian army. On October 8, 1967, the group was almost annihilated by a special detachment of the Bolivian army aided by CIA advisers. This proved fatal for Guevara as he was caught.

Guevara would live on as a powerful symbol, bigger in some ways in death than in life. He was almost always referenced simply as Che—like Elvis Presley, so popular an icon that his first name alone was identifier enough.

Out of all the pop culture images that surround us, it is Guevara’s face – immortalized in the photograph taken by Alberto “Korda” Diaz Gutierrez that often stares at us, from T-shirts and posters, refrigerator magnets and tattoos. Taken in Havana on March 5, 1960, the shot captured Guevara – eyes gazing off in the distance – attending a memorial service for dozens who died in an attack on an arms freighter. Cuba blamed the incident on U.S.-backed counterrevolutionaries.

Korda, a fashion photographer turned photojournalist, was on assignment for the Cuban newspaper Revolucion. The photo was used publicly in Cuba from time to time, eventually becoming a symbol of national pride and the basis for a drawing of Guevara on Cuban currency. But the outside world didn’t see it until several years after it was taken, when Korda gave copies to Italian publisher Giangiacomo Feltrinelli. Feltrinelli made posters with the photo and, after Guevara’s death in 1967, used it as a cover for some of the revolutionary’s published diaries.

Working its way from art to pop culture and back again, the image of Guevara is widely considered one of the world’s most reproduced and emulated photographs.

Time and again, it surfaces – on a Madonna album cover; on a T-shirt worn by guitarist Carlos Santana at the 2005 Academy Awards; in a New Yorker cartoon by artist Matthew Diffee that depicts Guevara wearing a T-shirt with Bart Simpson’s face on it.

How was Guevara killed?

In October 1967 the guerrilla group that Che Guevara was leading in Bolivia was nearly annihilated by a special detachment of the Bolivian army aided by CIA advisers. Wounded, Guevara was captured and then shot dead. Before he was secretly buried, his hands were cut off so that his fingerprints could be used to confirm his identity.

They were preserved in formaldehyde so that his fingerprints could be used to confirm his identity.