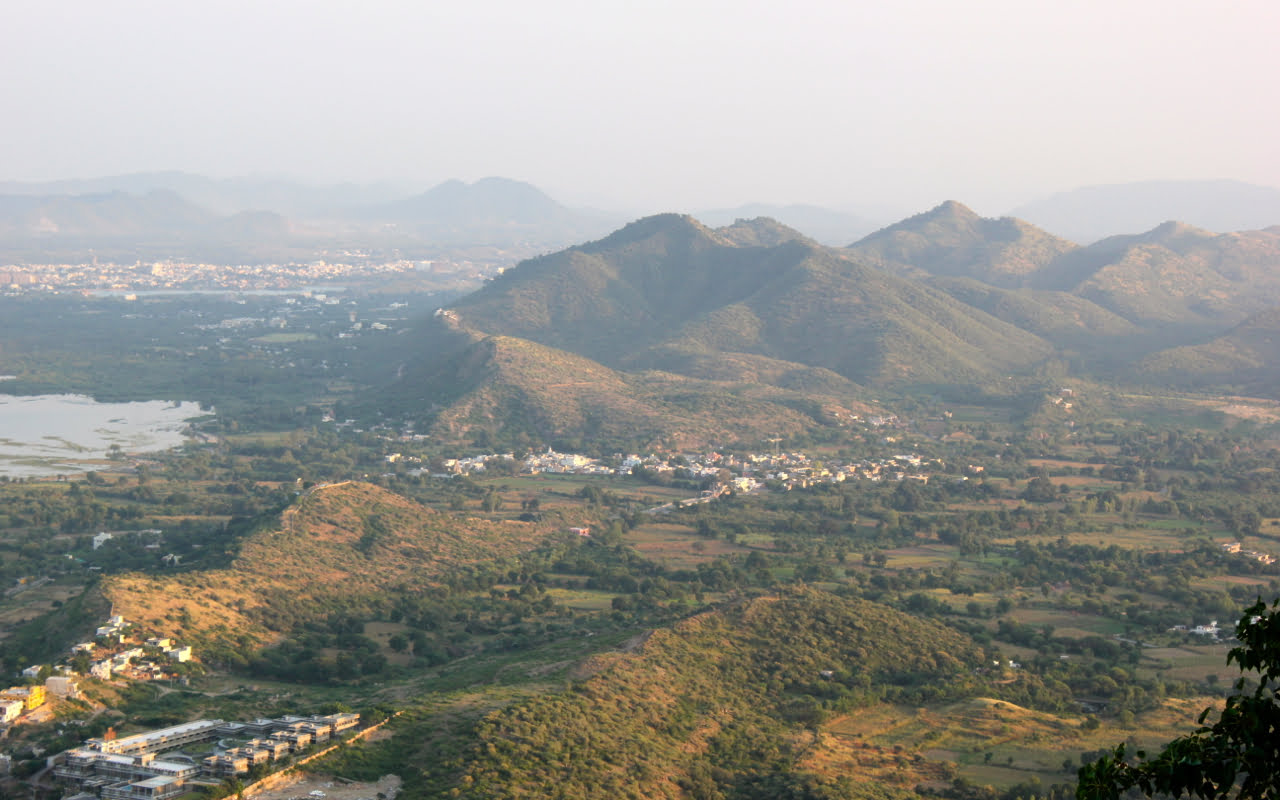 The Aravalli Range is a northwestern mountain range running approximately 692km in the southwest direction, starting near Delhi passing through southern Haryana and Rajasthan and ending in Gujarat. It is one of the oldest mountain range and is full of flora and fauna. There are many streams that originated from Aravalli and it stands as a fence against the Thar Desert to guard the parts of Rajasthan, Delhi, and Haryana from sand storm and dust pollution. Just like other forests Aravalli also has a major problem of deforestation; it started because of land reforms and the practice of shifting culture in the southern parts of Aravalli, the increase in population and pollution, government policies etc has brought this situation. Along with this illegal mining was also a major problem as it was destroying the ecological balance of the forest. Another major problem in Aravalli is “encroachment” and it is talking place in many parts of the state. Other issues like tree felling, dumping waste in the hills.

Steps taken to save the Environment

Supreme Court gave orders to stop the illegal mining in the Aravalli Hill region because mining adversely affects the environment and disturb the ecological balance around the hills and it will further effect the air quality and deplete the water table in the surrounding areas of Haryana as well as become a threat to the millions living. In 2002 the Supreme Court banned mining in the Gurugram, Faridabad and Mewat district of Haryana. In August 2020 the Supreme Court has ordered the Haryana authorities to stop the construction of road in the ecologically sensitive area of the hills. Its order was a result of a media report where it was shown that the hill of Aravalli was flattened in order to build roads and farmhouse in Bandhwari near Gurgaon-Faridabad road in Haryana. In Delhi and Gurugram citizens protested by forming a human chain in order to protect the forest by hugging the trees, sing songs and reciting poems. Their aim was to create awareness about the importance of Aravalli forest.

The Comptroller and Auditor General (CAG) of India have detected that forest lands in Aravalli and Shivalik Hill in Haryana are being used for non-forest purposes. According to them “the delicate ecology under the forest cover in Aravalli and Shivalik range constantly suffered due to encroachments and unauthorized activities, the government of Haryana was ineffective in checking illegal mining, controlling offenders and expenditure incurred on surveillance”. Principle Chief Conservator of Forest (PCCF) of Haryana V S Tanwar ststed that they are examining the CAG report and will be contacting the officer in charge of the area to look in to the areas of Aravalli and Shivalik Hill. Ecological degradation in the hills are a greater concern and is at greater risk due to the increase in population, human activities, careless use of natural resources, mining, unrestrained grazing and felling of trees, etc. According to the CAG report, “The National Capital Region including Gurugram/ Faridabad has witnessed exponential growth on the limited natural resources. The Aravalli region remains ecologically, economically and socially backward in comparison with the other parts of the state.” The Shivalik region is spread over 3514sq kms in the district of Ambala, panchkula and Yamunanagar in Haryana. The increase in population of human and livestock have harassed the environment and the natural resources.

CAG has mentioned six sites where they have noticed encroachment on the forest land because of the failing efforts in exercising control by the forest department. Between 2006- 2009 a religious group carried out construction on the forest land at Panchkula and the group had requested the forest department to redirect 100 acres of protected land for building a satsang centre. The permission was granted for redirection but on conditions that the legal position of the forest will remain unchanged and that the allotted land should be used only for plantation of trees and no construction should take place in this area. Yet, the reports from CAG claims that construction was carried out in that area and it is considered as a violation of the conditions. To review the effectiveness of the forest department the CAG has checked the records in the office of PCCF and claimed that the ownership of 170.74 acre land was not taken account for afforestation at three sites and that afforestation was done only on 39.07 hectors against 122.18 hectors of land availability. Further the report from CAG mentioned that “Inadequate watch and ward controls of the department led to illegal mining in forest areas. Delay in taking action against the offenders of forest rules resulted in loss of Rs 2.74 crore. Further, the expenditure of Rs 2.9 crore on salary of protection watchers was not incurred in a transparent manner.”

Out of 44,212 sq kms of geographical area only 3.9 per cent is notified as forest in the state. Activities of human should be restricted in order to save the forest and afforestation should be performed in order to maintain the ecological balance of the environment.