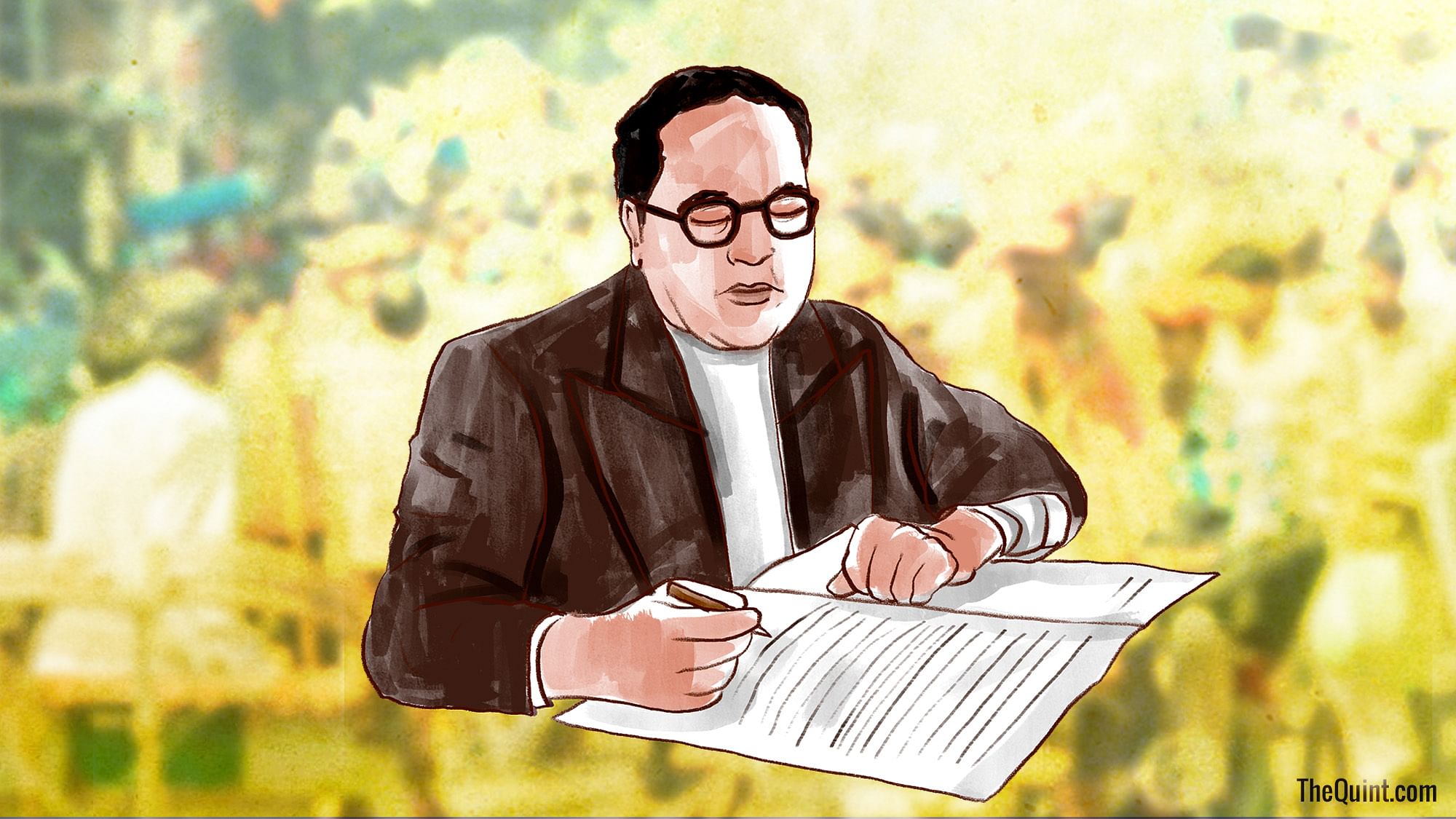 Today, as we celebrate the 130th birth anniversary of Dr. B R Ambedkar it forces us to think about his contribution towards the nation. He was the chairman of the draft committee of the Indian Constitution, a social reformer, first law minister of the country and along with this he was a distinguished economist, active politician, labour leader, scholar, anthropologist, parliamentarian, etc. Dr. Ambedkar’s impact in Indian history has been credited to his struggle for Dalit rights, but his view on nationalism has received less attention. He believed that the Indian national movement was dominated by the upper class who would dominate the caste system in independent India. He believed that to transform India into a modern country the most important condition would be the extinction of caste system.

Dr. B R Ambedkar was born into an untouchable family known as “mahar” in the year 1891. Mahar’s were considered as “inferior village servants” by the British. He had experienced racial discrimination from a very early age, even when he was at the university he was not allowed to touch the taps to satisfy his thirst and was only allowed to drink water from the tap if someone from the upper class would open the tap for him. His father was a respectable soldier in the Indian Navy and wanted his son to be educated but in those time even the teachers refuse to mark the papers of Dalit students and even hesitant to interact with them. Ambedkar was the first in his community to graduate high school and went to pursue BA in economics and politics at Bombay University, and later with the help of Saraji Rao the Maharajah of the princely kingdom of Baroda he finished his Masters and PhD at the Columbia University and then at the London School of Economics. He was appointed as a professor at Sydenham University of Trade and Economics in Bombay and along with this he started to campaign in support of Dalit rights. He claimed to the British of the desire for separate electorates and reserved seats for the untouchables and spiritual minorities, before the Government of India Act 1919 which laid the foundation for Indian self-authorities.

Dr. B R Ambedkar’s perception of Indian nationalism started with different objectives which would help the welfare of the marginal sections of the society. He wanted equality for the lower class and he understood that without their upliftment nation cannot drive for its overall development. Nationalism in him started as a protest; both external control and internal repression and he held the British government accountable for the carelessness in their attitude towards the welfare of the people and he also argued that the status approved to people was “midway between that of the surf and therefore the slave”. He stated that the government would adjust the entire social and economic code of life without the elimination of untouchability. Dr. Ambedkar said, “British government didn’t energetically and enthusiastically work for the restoration of the rights of the depressed classes and it didn’t exercise its power to counterfeit the problems faced by the untouchables. The British government would never be ready to play such a risk. For that purpose, it required a government, which is “of the people, for the people, and by the people” that will make this possible”. His main purpose was the freedom of the people, without freedom nationalism becomes a way of internal slavery, forced labour, and arranged dictatorship for the poor. If the citizens of India protected political power and unless that power concentrates within the hands of the socially obscured section of the society, it might not be possible to completely wipe out all social, cultural disabilities, legal, and under which that section suffered.