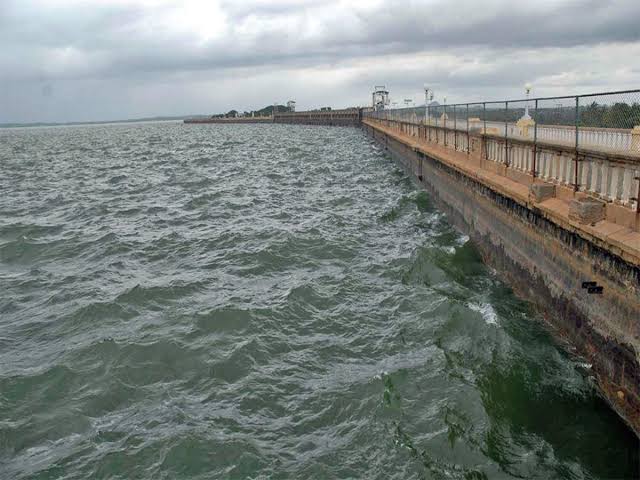 The construction of the KRS Dam, also known as the Krishna Raja Sagara Dam, was planned by Sir M Visvesvaraya, the chief engineer of Mysore.

The KRS Dam and the picturesque Brindavan Gardens, that are connected to the dam soon became one of the top tourist destinations in Mysore. The dam was designed and constructed using conventional methods and materials more than a century ago.

However, there is a mystical connection between Tipu Sultan, called the Tiger of Mysore and this amazing dam.

In the second decade of the 20th century, workmen discovered a tablet with a Persian inscription while building the grandiose Krishnarajasagara (KRS) Dam over the river Cauvery. This inscription was written in 1794 by Mysore’s illustrious Tipu Sultan.

Based on these inscriptions, several historians suggest that Tipu Sultan was the mind behind the idea of the dam and it was actually his idea to have a dam built in that area.

The inscription read as follows,

TIPPOO SULTAN THE SHADOW OF GOD, THE LORD, THE BESTOWER OF GIFTS, LAID THE FOUNDATION OF THE MOHYI DAM ACROSS THE RIVER CAUVERY TO THE WEST

BY THE GRACE OF GOD AND THE ASSISTANCE OF THE HOLY PROPHET, THE CALIPHS OF THE WORLD AND THE EMPEROR OF THE UNIVERSE. THE START IS FROM ME BUT ITS COMPLETION RESTS WITH GOD.

BY THE HELP OF GOD, THE MOST HIGH, MAY THE ABOVE MENTIONED DAM REMAIN UNTIL THE DAY OF RESURRECTION LIKE THE FIXED STARS.”

When the KRS Dam was opened in 1932, Krishnaraja Wodeyar IV, the Maharaja of Mysore, had the inscription, along with translations in Kannada and English, inscribed at the gate, as a homage to Tipu Sultan for his contribution to this dam that eventually helped reconstruct Mysore’s economy.