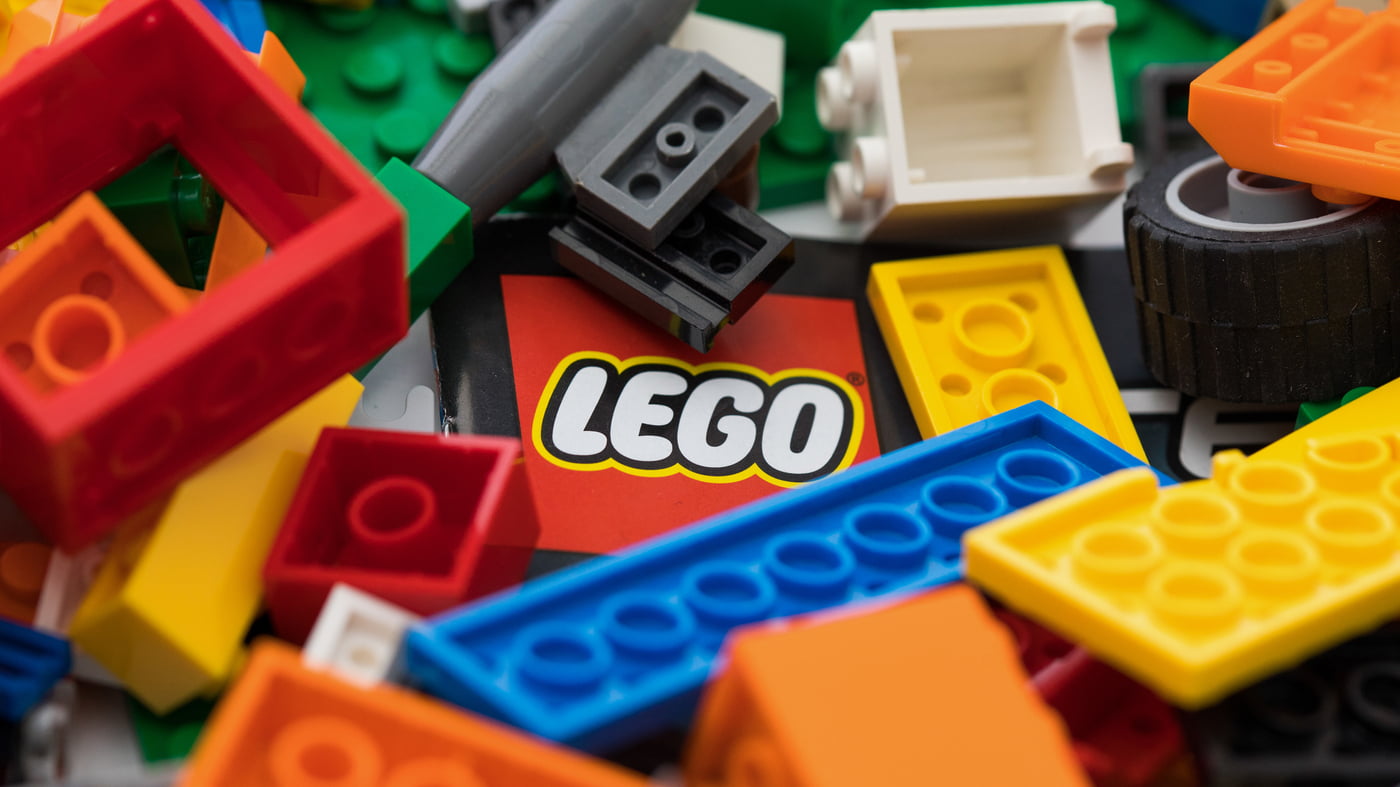 Pieces of Lego, manufactured by Lego A/S, arranged in Danbury, U.K., on Friday, March 5, 2021. Lego is due to report annual results on Wednesday. Photographer: Chris Ratcliffe/Bloomberg via Getty Images

Began in 1932, Lego has been one of the most popular toy makers in the world. Children and adults have been captivated by its ability to invoke creativity from a person. Lego has a variety of sets available and sells individual bricks. But what if we tell you that people have gone crazy with them and built amazing things out of those tiny bricks? Don’t believe us?

Here are the top ten craziest things that were built,

In 2009, James May, an engineering genius, built a life-sized and liveable home containing more than 3 million bricks. Although the home was taken down the same year, it had a working toilet, shower and a kitchen! How cool is that? 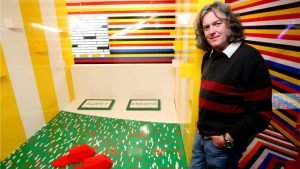 James May in his Lego House
Image Source: NPR

If you think that a life-sized house is cool, let us show you when a replica of the Taj Mahal was unveiled in Legoland, Dubai. An extremely realistic model, the Taj Mahal took nearly 280,741 bricks for it to be created. 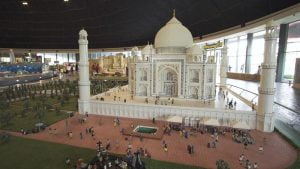 Star Wars fans, this Lego creation would make you go gaga! Lego dropped one of the hottest Star Wars creations called the X-Wing starfighter. Lego had hired workers to build this amazing life-sized contraption. It weighs more than 45,000 pounds and used more than 5 million bricks. 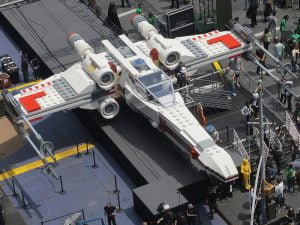 The X-Wing Starfighter in an exhibition in NYC Image Source: NBC News

Various cities across the world have competed to design and construct the tallest Lego tower, however, Tel Aviv bagged the award by building a Lego tower with a height of 35 meters. It was started by the teachers who dedicated this project to an 8-year-old student who died while fighting cancer. 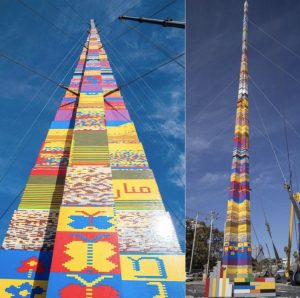 Anime fans, this is for you. Lego design master, Matt De Lanoy, built an extremely detailed version of New New York. The fictional town is depicted in the super-hit anime Futurama. Various important buildings have been created by Matt, including Planet Express, the Robot Arms Apartments, Momcorp HQ and much more. 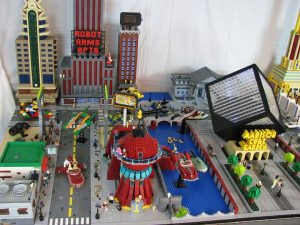 Lego’s Japanese subsidiary sponsored a country-wide effort to create an extremely detailed map of Japan. With over 5000 volunteers with 1.8 million Lego bricks, a map of Japan was successfully created. 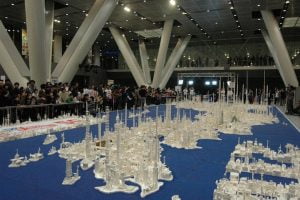 The Detailed Map of Japan
Image Source: My Modern Met

Created by genius engineers of Lego, the life-size Lego Volvo XC90 was created with nearly 200,000 bricks. It is located outside the Lego retailer in Vail, Colorado. However, one cannot drive this car as it is extremely unsafe. To honour the occasion of President Obama’s inauguration, Legoland California decided to build a replica of the 2008 inauguration. While looking at it for the first time, one takes more than 30 minutes to look at every detail of the inauguration. Right from Aretha Franklin’s performance to each guest to the portable toilets. 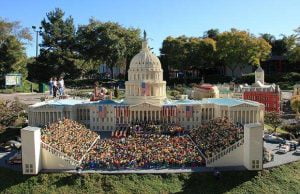 Built by a 15-year-old boy who has autism, the Titanic replica is the largest in the world with more than 56,000 bricks and is 26 feet long and 5 feet tall. Brynjar Karl Bigisson began building the model when he was just ten and completed it after 11 months. 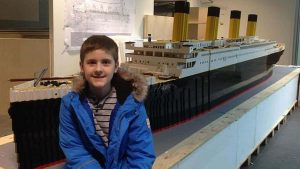 The statue of Herobot 9000 is located in Bloomington, Minnesota. Standing at a height of 34 feet, it took more than 2 million bricks to make it. It is at a Lego store in the Mall of America, looking over customers. 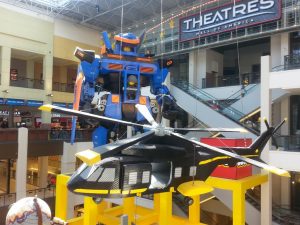