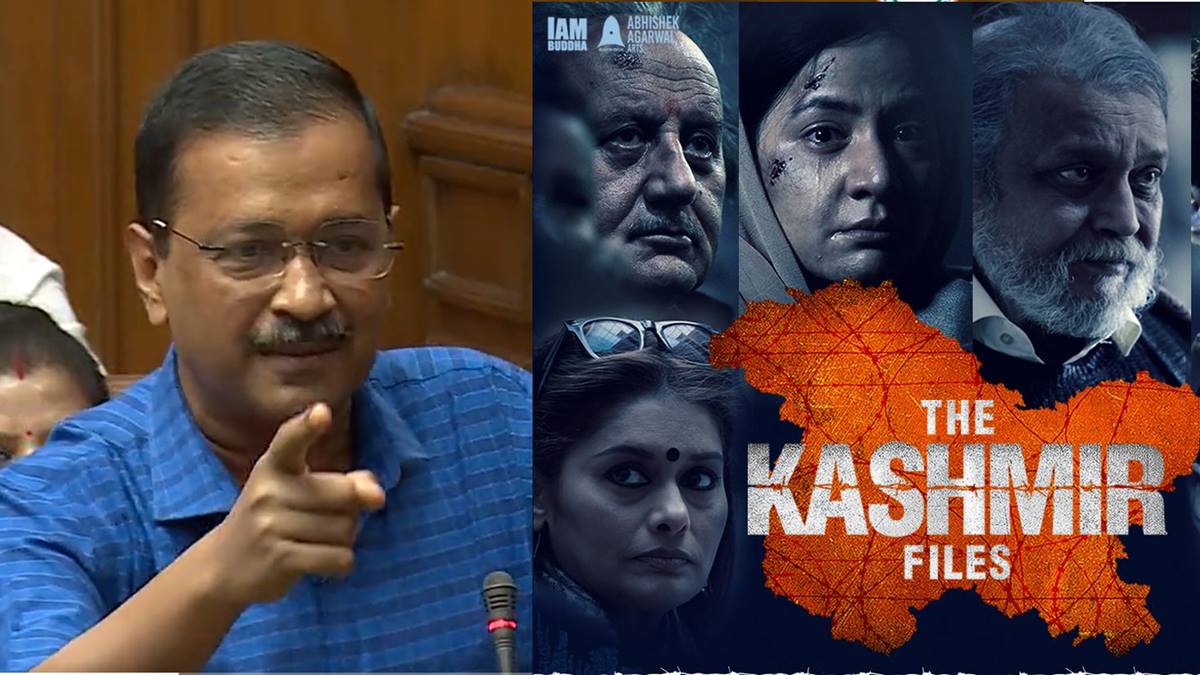 On Thursday, Delhi Chief Minister Arvind Kejriwal suggested that The Kashmir Files be uploaded to YouTube to make it tax-free. The statement was a response to the BJP legislators’ demand to make the movie tax-free in the national capital.

Why not ask @vivekagnihotri to upload the whole movie on YouTube for FREE?

So far, the movie has been given a tax break in most of the BJP ruled states, including Uttar Pradesh, Tripura, Goa, Haryana, Gujarat and Uttarakhand.

Mr Kejriwal’s statements drew laughter and desk thumping from his fellow MLAs in the Delhi Assembly. He claimed that if the film was uploaded to YouTube, it would be tax-free and available to everyone for free viewing.

However, the BJP leader, BL Santosh, responded to Mr Kejriwal’s statement by pointing out that Mr Kejriwal had declared other movies tax-free. He further stated that the CM had declared movies such as “Nil Batte Sannatta” and “Sand ki Aankh” tax-free and urged the people to watch them.

Delhi CM @ArvindKejriwal asks @vivekagnihotri to upload #KashmirFiles on YouTube .. Why tax concessions ..? That doesn’t applies for other films .. Shame on you Ad CM …. Shame . pic.twitter.com/AgJFkh8orx

Genocides /Injustice happened to Hindus don't matter to @ArvindKejriwal what matters him is PR and supplying food and water to Rohingyas in Delhi @AamAadmiParty is synonym of Hypocrisy pic.twitter.com/XWQDpYPaas

I think, shame on the Delhi people and Punjab people who voted to Kejriwal for free. Delhi voted him again and again for free bijli/pani. He is using Delhi tax payers money for own advertisement (indirectly bribing media). https://t.co/zkuRqReXe7

However, there were other users who supported Mr Kejriwal for his statements.

This is the best statement of @ArvindKejriwal life. He said brilliant thing about film #TheKashmirFiles 🤪 pic.twitter.com/EKXc9H17H7

Love him or hate him, what you like about Arvind Kejriwal is that he plays politics the way it should be played. To win.

Delhi CM @ArvindKejriwal has set a new precedent with his fiery speech on #KashmirFiles today. 👏 Will be interesting to see how it unfolds in the national political scenario.

Wow! Thank you @ArvindKejriwal Sir for daring to speak. Someone has to save this country. If that's you, so be it 🙏 https://t.co/1kQnSrS3gy