A major controversy hit the state of Karnataka after the state government proposed changes to the textbooks which were for class 6 to class 10. Various scholars, writers, politicians, and seers have expressed their displeasure regarding the government’s decision.

How did it all begin?

In 2020, the Karnataka state government set up a textbook revision committee after it received complaints that a few chapters or sections in Kannada textbooks were against the Brahmin community.

The committee was headed by Rohith Chakrathirtha, a writer by profession. The committee had recently revised the social science textbooks from classes 6 to 10 and Kannada language textbooks from Classes 1 to 10. After the revision, the Karnataka government ordered the printing of the revised textbooks ahead of the academic year. Moreover, a speech given by the RSS founder, KB Hegdewar, was found in a revised Kannada textbook of class 10. The committee has been accused of replacing the image of Goddess Bhuvaneshwari holding the state flag with that of the Goddess holding a saffron flag from the class 6 Kannada textbook.

The inclusion of the RSS founder’s speech kicked up the storm in Karnataka. The Congress unit of Karnataka accused the BJP of ‘saffronisation’ of education. Furthermore, State Congress chief DK Shivakumar (DKS) had written to CM Bommai, urging him to abandon the new syllabus in favour of the old one.

The Congress chief added that many writers in Karnataka have expressed their disappointment. Among the ‘writers’ mentioned by Shivakumar was SG Siddaramaiah, president of GS Shivarudrappa Prathistana. In his letter to CM Bommai, he claimed that the government honours those who spread communal hatred in society. Former CM Siddaramaiah demanded that CM Bommai should have stopped printing the textbooks and should have discussed the changes with experts. He even shared an old Facebook post of the committee head, Chakratirtha. The Facebook post featured a parody of the state anthem, which was written by Kuvempu, the greatest Kannada poet of the twentieth century. Dalit activist and litterateur Devanur Mahadeva and thinker Dr G Ramakrishna (who wrote about Bhagat Singh) asked the Karnataka state education ministry to drop the revision. Dr Ramakrishna told The Hindu, “It is an intellectual travesty that children are being fed poison through textbooks.” 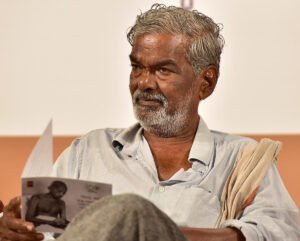 What’s more surprising is that BJP MLC AH Viswanath voiced his displeasure and concern over the revision.

Not only have politicians and writers protested against the textbook revisions, but various religious Seers have also expressed their unhappiness over the textbook revisions. Panditaradhya Shivacharya Swami, the pontiff of the Sanehalli-based Taralabalu mutt, objected to certain additions to textbooks about saint Basavanna. 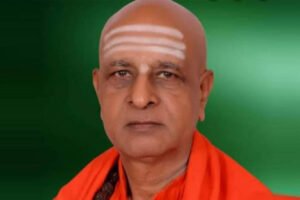 The government was quick to contain the anger of the Seers. CM Bommai stated that they would consider the letter seriously. Moreover, the government stated that has given directions to the Karnataka State Education Minister, BC Nagesh to rectify the errors.

Following the controversy, the government dissolved the textbook revision committee and assured that changes would be made after seeking a report from Education Minister BC Nagesh. While Mr Nagesh stated that the revised textbooks will not be withdrawn, the content that has been flagged will be changed. The minister also clarified that the Bhagat Singh lessons have not been dropped and that the Narayana Guru lesson has simply been moved from the history textbook to the Kannada textbook for Class 10. 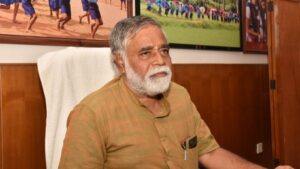 The government said that a booklet would be printed with the corrections and would be sent to all the schools across the state by the Karnataka Textbook Society.