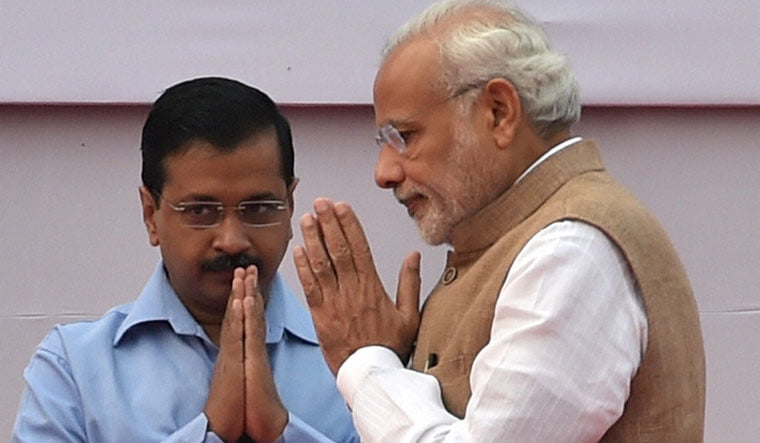 Ministry of Home Affairs (MHA) has introduced a bill in the Lok Sabha on Monday which has created a chaos and protest-like situation in Delhi. The NCT Bill 2021 is somewhat putting at stake the executive powers which resides solely to the Delhi Government (currently Aam Aadmi Party). It is as if the Government will have to work according to the given instructions and guidelines of the Lieutenant Governor.

The proposed legislation also seeks to ensure that the L-G is “necessarily granted an opportunity” to give her/his opinion before any decision taken by the Council of Ministers (or the Delhi Cabinet) is implemented.

Now the question arises, What exactly is the NCT Bill 2021 and what are its clauses?

Delhi is a Union Territory with a legislature and it came into being in 1991 under Article 239AA of the Constitution inserted by the Constitution (Sixty-ninth Amendment) Act, 1991. As per the existing Act, the Legislative Assembly of Delhi has the power to make laws in all matters except public order, police and land. The Bill proposes to amend Sections 21, 24, 33 and 44 of the 1991 Act.

The NCT Bill 2021, seeks to give an all-embracing powers to the Lieutenant Governor (L-G) in the national capital who is appointed the by the President on the advice of the Centre.

According to the proposed amendments, ‘government’ referred to in any law passed by the legislative assembly would mean the L-G. The bill also makes it mandatory for the elected government to take the L-G’s opinion for any executive action. The elected government will also be barred from making any rule that empowers it or its committees to take up matters of day-to-day administration or conduct inquiries into administrative decisions.

In reaction to this proposed bill by Union Minister of State for Home G. Kishan Reddy, Delhi CM Arvind Kejriwal has tweeted, “After being rejected by ppl of Delhi (8 seats in Assembly, 0 in MCD bypolls), BJP seeks to drastically curtail powers of elected government through a Bill in LS today. Bill is contrary to the Constitution Bench judgement. We strongly condemn BJP’s unconstitutional n anti-democracy move”. National Conference leader Omar Abdullah said Delhi deserves to be a full state with all powers exercised by the elected government.

Delhi BJP president Adesh Gupta on Monday welcoming the bill said even after the amendments, the elected government will retain 75 per cent of administrative powers. He said the bill was in compliance with a February 2019 order of the Supreme Court.

“The Court while deciding a dispute between Delhi government and the Centre had observed that it will be better if the GNTC Delhi Act clarifies the division of administrative work and powers between the two governments,” he said.

Previously in the election manifesto, BJP has promised to give “full-fledged statehood” to Delhi. But now the existing powers possessed by the Delhi Government is at stake. Opposition has also raised questions against Delhi CM seeking his strong reaction against this amendment bill. People are awaiting what actions will the AAP Government take against this NCT Bill 2021.