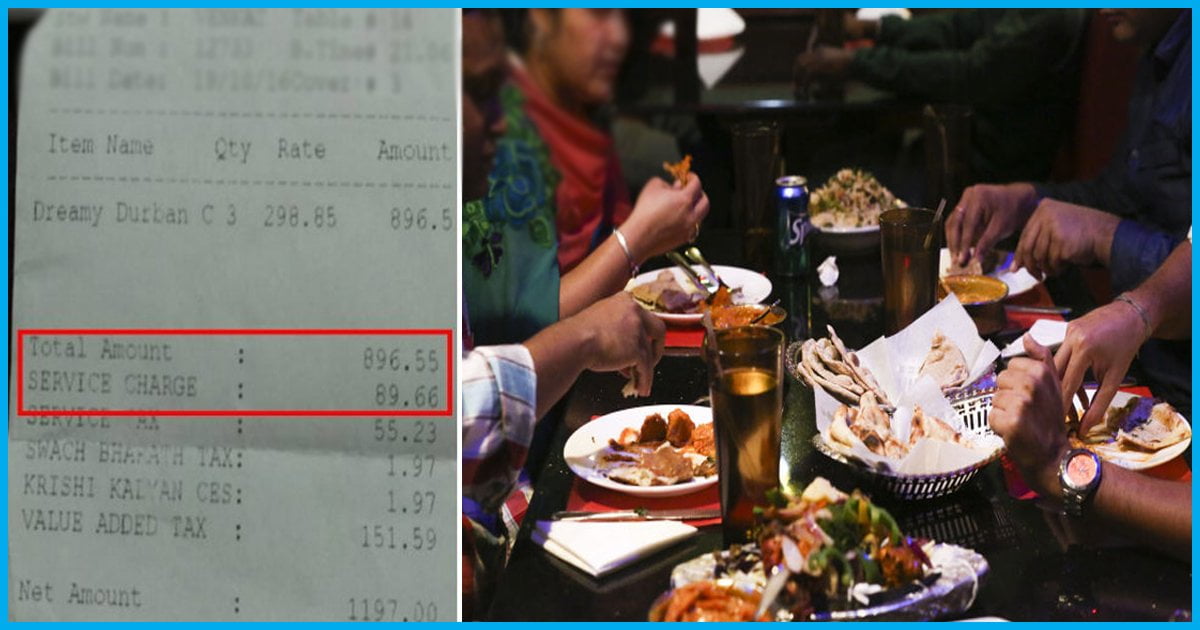 The Union Ministry of Consumer Affairs, Food, and Public Distribution has said that hotels and restaurants cannot levy service charges on consumers without informing them that it is voluntary.

The government further added that consumers can request hotels or restaurants that levy service charge, to remove them from the total bill amount. It is illegal for these businesses to levy a service tax and then impose GST on the total amount.

No hotels or restaurants can add service charges automatically or by default in the food bill: Union Consumer Affairs Ministry

Service charge shall not be collected by adding it along with the food bill and levying GST on the total amount.: Union Consumer Affairs Ministry

“The guidelines issued by CCPA stipulate that hotels or restaurants shall not add service charge automatically or by default in the food bill. No collection of service charge shall be done by any other name,” the Union Ministry of Consumer Affairs, Food, and Public Distribution said in a statement.

Aggrieved consumers can also complain on the National Consumer Helpline by calling 1915 or through the mobile app. They can file a complaint against unfair trade practices with the Consumer Commission or submit a complaint to the District Collector. According to the guidelines issued by the CCPA(Central Consumer Protection Authority) for preventing unfair trade practices and violation of consumer rights by levying service charge in hotels and restaurants, consumers can file complaints online, via the e-daakhil portal (www.e-daakhil.nic.in).Consumers can also mail their complaints to the CCPA at com-ccpa@nic.in.

In a bid to protect consumers from unfair charges, hotels & restaurants can no longer levy service charge automatically or by default in the food bill.

In a meeting with the union government, representatives of hotels and restaurants questioned the illegality of levying service charges, maintaining that they are subject to the individual policies of these entities. However, Following the meeting, Piyush Goyal, Union Minister of Consumer Affairs, Food and Public Distribution, said that restaurants cannot ask customers to pay “hidden charges”.

The steps taken by the centre are most welcome in the era of a liberalized economy where “consumer is the king”.