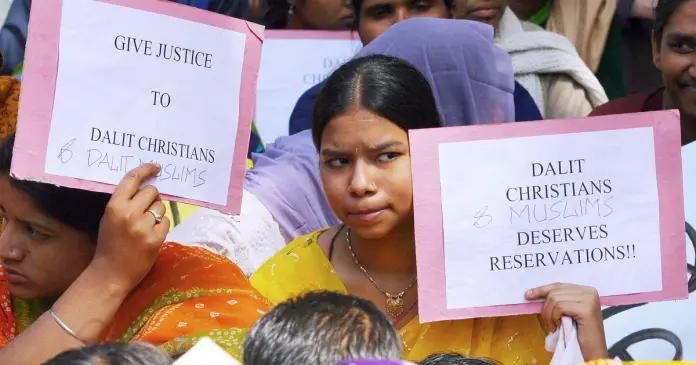 The Central government has appointed a Commission of Inquiry under the chairmanship of former Chief Justice of India K.G. Balakrishnan to examine claims to grant Scheduled Caste status to the Dalits who converted to other religions. 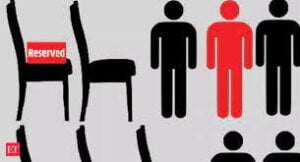 According to a notification issued Thursday by the Union Ministry of Social Justice and Empowerment, the commission will also include retired IAS officer Dr. Ravinder Kumar Jain and UGC member Prof (Dr) Sushma Yadav as members. The commission will have to submit its report to the Ministry in two years, it said.

It will examine the merits of giving SC status to Dalit converts, the implications of such a move on other SC communities and the socio-economic changes brought about by conversion.

The Constitution (Scheduled Castes) Order, 1950, stipulates that no person professing a religion different from Hinduism, Sikhism or Buddhism can be deemed to be a member of a Scheduled Caste. The original order under which only Hindus were classified was later amended to include Sikhs and Buddhists.

The new commission has been set up at a time when the Supreme Court is hearing a PIL filed by the National Council of Dalit Christians (NCDC), which has been fighting for SC status since 2020 — there have been numerous other cases filed in the apex court on the matter since 2004. In August, the Supreme Court had directed the Centre to submit its current position on the issue. Two petitions filed in the Supreme Court by Christian groups in January and March 2020 challenged the existing orders and demanded that SC status be ‘religion neutral’. The SC had issued a notice to the Centre in 2020. 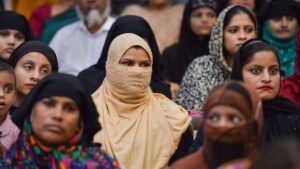 The commission will also look into the implications of such reservation on the existing scheduled caste communities. To understand whether the discriminations go on even after the conversions, the panel will examine the changes in customs, traditions, and the status of social deprivation post-conversion.

The progress came following a hearing in Supreme Court on August 30 where Solicitor General Tushar Mehta promised to submit the stand of the Government within three weeks on the possibilities of extending reservations to the Dalit converts to Islam and Christianity.

“Certain groups of persons who have historically suffered social inequality, discrimination and the consequent backwardness resulting there from have been declared to be Scheduled Castes by Presidential Orders issued from time to timeunder Article 341 of the Constitution,” noted the government.

However, National Commission for SCs chairperson Vijay Sampla said it is not possible to make new inclusions in the SC list without a fresh study. “We need to see the parameters for reservation of these communities. We need to verify if they indeed face the discrimination that they claim to face,’’ he said.

In this article:christians, converted dalits, Muslims