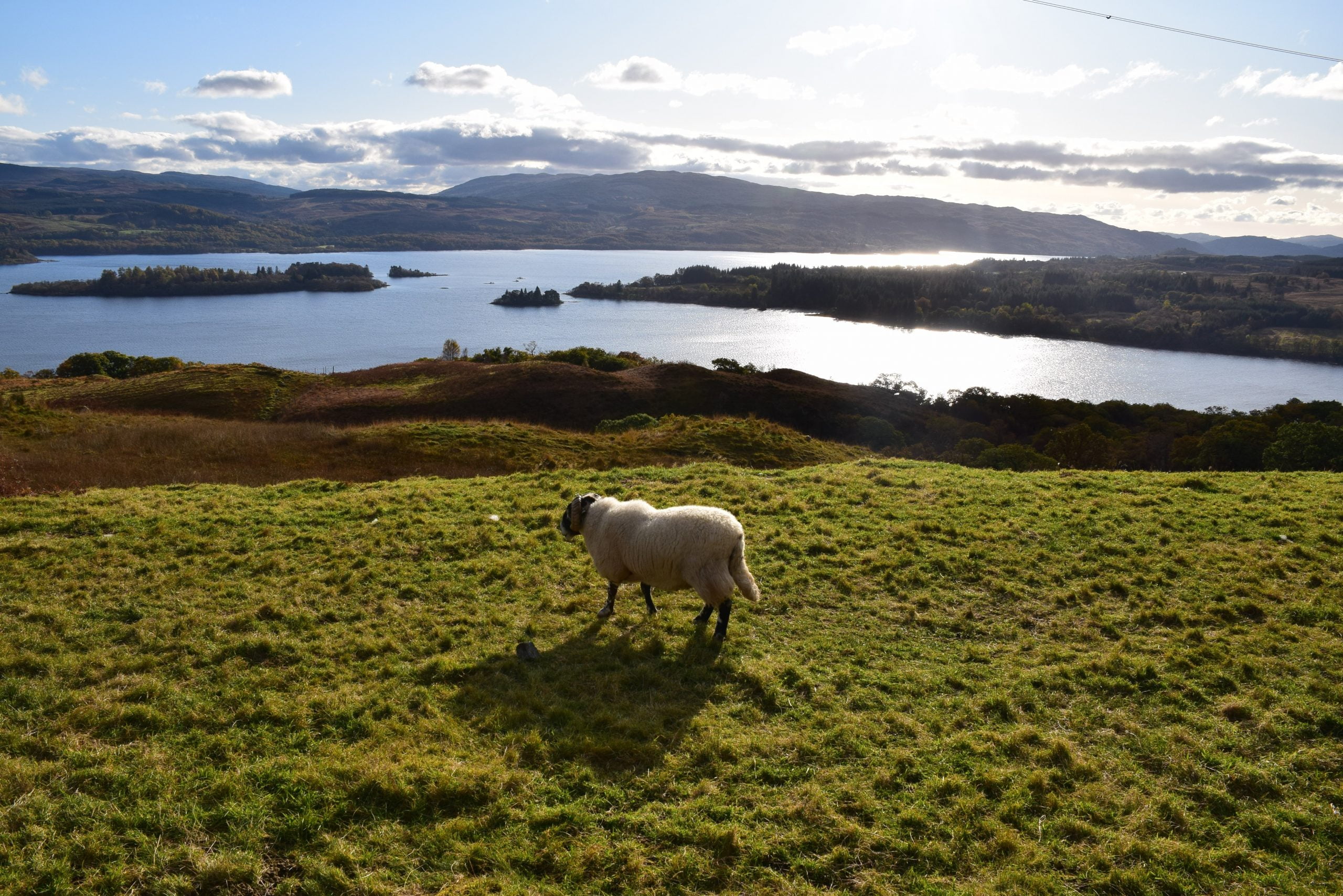 Over the recent years, rewilding has gained popularity in Scotland, thanks to the Scottish Rewilding Alliance (SWA), an organization that urges politicians to create policies that would lead Scotland to become the world’s first “rewilding country.”

In Scotland, a quarter of the territory is seriously depleted in terms of natural resources and doesn’t support the nature-rich forests, peatlands, and river systems which it should. Many species that were once prolific now teeter on the edge. Others have been hunted to extinction and rural landscapes are now home to fewer residents than they were a few years ago.

Scottish Rewilding Alliance’s, The Rewilding Nation campaign aims at conserving 30% of the land, including growing more trees, protecting large areas of sea, and restoring peatlands, moorlands, grasslands, and wetlands. SWA also states that rewilding can be achieved without compromising viable agriculture and rewilding would also provide landowners and farmers with new ways to use farmland in a more sustainable manner where they could reap the benefits of diversification.

While in Scotland, three-quarters of the population supports the SWA’s campaign of rewilding the country. Even the major environmental organizations across the world are also urging politicians to make significant environmental commitments. A growing number of MSPs in Scotland are also expressing their support as they all want Scotland to be the first rewilding nation in the world. SWA believes that the Rewilding Nation Campaign would also serve as a catalyst in helping the country’s economic development.

In an interview with National Steve Micklewright, CEO of Trees for Life and convener of the Scottish Rewilding Alliance explained that “the world is facing severe climate and health crises and Scotland has the ability to demonstrate bold leadership by being the world’s first Rewilding Nation.” He further added that “We also have the resources, economic influence, and public support to become a global leader in the conservation of biodiversity.”

But then there are still people who aren’t convinced by the idea of rewilding the nation, as there is still a cultural apprehension about it. “This is an entrenched cultural perception,” said Peter Cairns, executive director of Scotland: The Big Picture. He also explained that this fear dates back to the 18th century especially during the Clearances in Scotland, where rich people were bringing sheep in and poor people were pushed out at the same time. “Rewilding is thought to be the modern-day alternative. So people believe it’s about bringing in a bunch of fluffy animals and people fear their livelihood will be displaced as a result,” he further explained.

Now let us take a look at the concept of rewilding:

Rewilding is a large-scale conservation initiative aimed at preserving biodiversity and ecosystem.It aims at conserving the core natural habitats by protecting and reintroducing wild animals to their habitat. Over the past few years, Europe has lost a massive amount of flora and fauna. Many people, however, agree that the only way to solve the climate crisis and help biodiversity is to let nature recover as soon as possible with as little human interference as possible. To combat our own environmental missteps, rewilding is extremely necessary. This can be achieved by taking necessary initiatives such as reintroducing extinct animals, allowing trees to recover, and minimizing river fragmentation.

If you still wonder why rewilding is needed, then read this out; wherever the equilibrium of ecosystems has been disrupted—where there are insufficient wildlands, connectivity has been compromised, or biodiversity has been diminished rewilding is necessary. Not just that rewilding can also help solve other problems, including climate crisis, flooding and deforestation.

Rewilding is so vital as the world is dealing with multiple environmental, climate, and health issues, all of which are fuelled by our shattered relationship with nature. Just imagine what a country would be like if our land and sea were really rewilded. We will have oceans full of fish instead of polluted seas. Instead of animals entwined in face masks, we would see beavers, red squirrels, golden eagles, and aquatic animals brightening up our lives. Instead of polluted cities, we might see a thriving network of life that benefits our wellbeing and providing new possibilities for farming and local economies.