Bridgerton and the Seasonal Return to Period Dramas 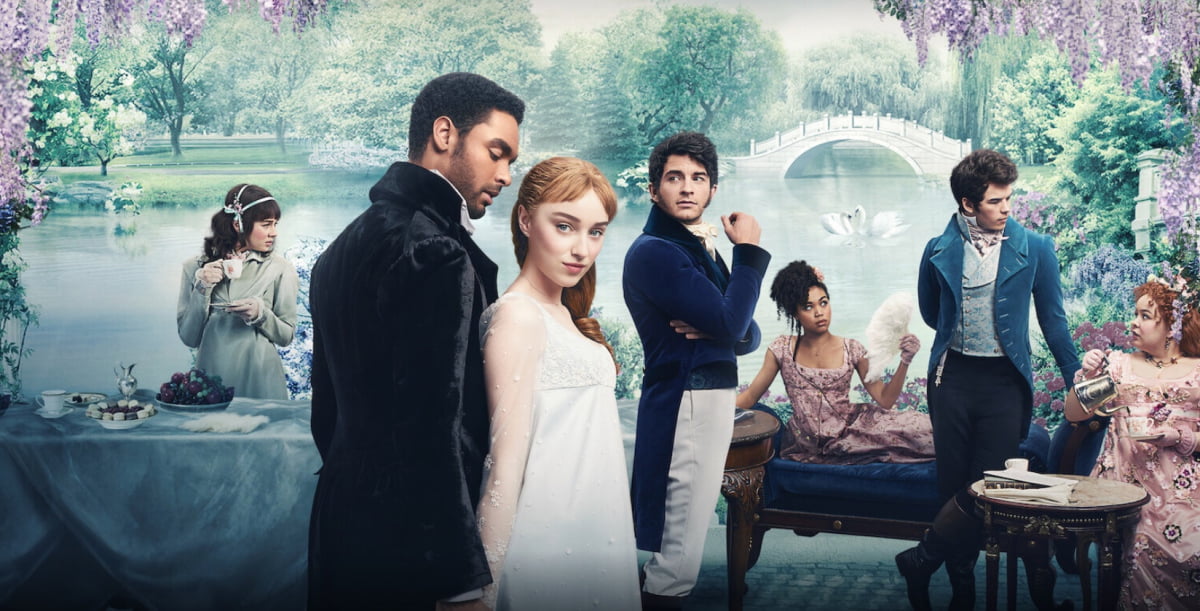 On Thursday, Netflix announced that Shonda Rhimes’s period drama Bridgerton, starring Phoebe Dynevor (Daphne Bridgerton) and Rege-Jean Page (Simon Basset), is returning for a second season. The show which is based on Julia Quinn’s novels set in the competitive world of Regency era, became the most talked-about show online within days of its release. While the renewal of the show confirms its wide-reach it also speaks volumes about our obsession with period dramas and its characters. So what is it that makes period dramas so enchanting that we end up binge watching?

Period drama provides one with a sense of comfort. The white curtains, huge and royal looking mansions, gowns, robes and flowers that makes one feel cozy are few of the several visual factors that contribute towards the comfort. And then, there is a sense of relief that engulfs the viewer when we watch an era in which we don’t live in and is completely unfamiliar to us.

Things seem simple in a drama like Bridgerton. The main concern of the families in the show is to get their daughters married to the best groom in the region. They are not concerned about work, relationship troubles, financial issues or even the current affairs of the world. Though most of us do not agree with the politics and the restrictions placed on women, we do envy the simplicity that the shows offer. Period dramas tend to focus on the aesthetics of the past rather than on its real hardships.

The representation of desire is one of the main reasons why Bridgerton became a success in a pandemic. There is sense of staying away, letting the romance be a slow-burn between the protagonists – stolen glances, momentary touching of hands. All this while being chaperoned so the couple don’t do anything ‘scandalous’. In the pandemic, most people’s romance has gone from constant comforting touch to limiting romance to the virtual world. It gives the viewers a reminder of the power of those slight and secret gestures. The secrecy of their lives and romance makes the show much more desirable.

Shonda Rhimes, a name that is synonymous with melodrama, sexual tension and above all with love that is mysterious and uncertain.  Be it Grey’s Anatomy, How to Get Away with Murder or Scandal, Rhimes know how to keep the viewer hooked to the show. Bridgerton being a success wouldn’t come as a surprise for viewers who is familiar with Rhime’s work. But what makes the show more than a just a success is the mix of modernity and exoticism.

In Bridgerton, dancing was the only instance of physical contact and conversations and this kept the romance interesting to watch. Throughout the eight episodes, the show makes it clear that characters of color should get to have as much as fun and be as bad as any other character. The story line also discusses the how women are kept in dark about the mechanics of sex in the society as a way to control them. Unlike several other period drama, Rhimes portray the power that comes with sexual knowledge.

While the first season of the show focused on Daphne Bridgerton and Simon Basset’s romantic journey, the second season of Bridgerton will be looking at Anthony Bridgerton (Daphne’s elder brother played by Jonathan Bailey). With the renewal being announced by Lady Whistledown, viewers around the world are set to celebrate the occasion with a bottle of ratafia.

The Pandemic Deepened the Claws of Inequality