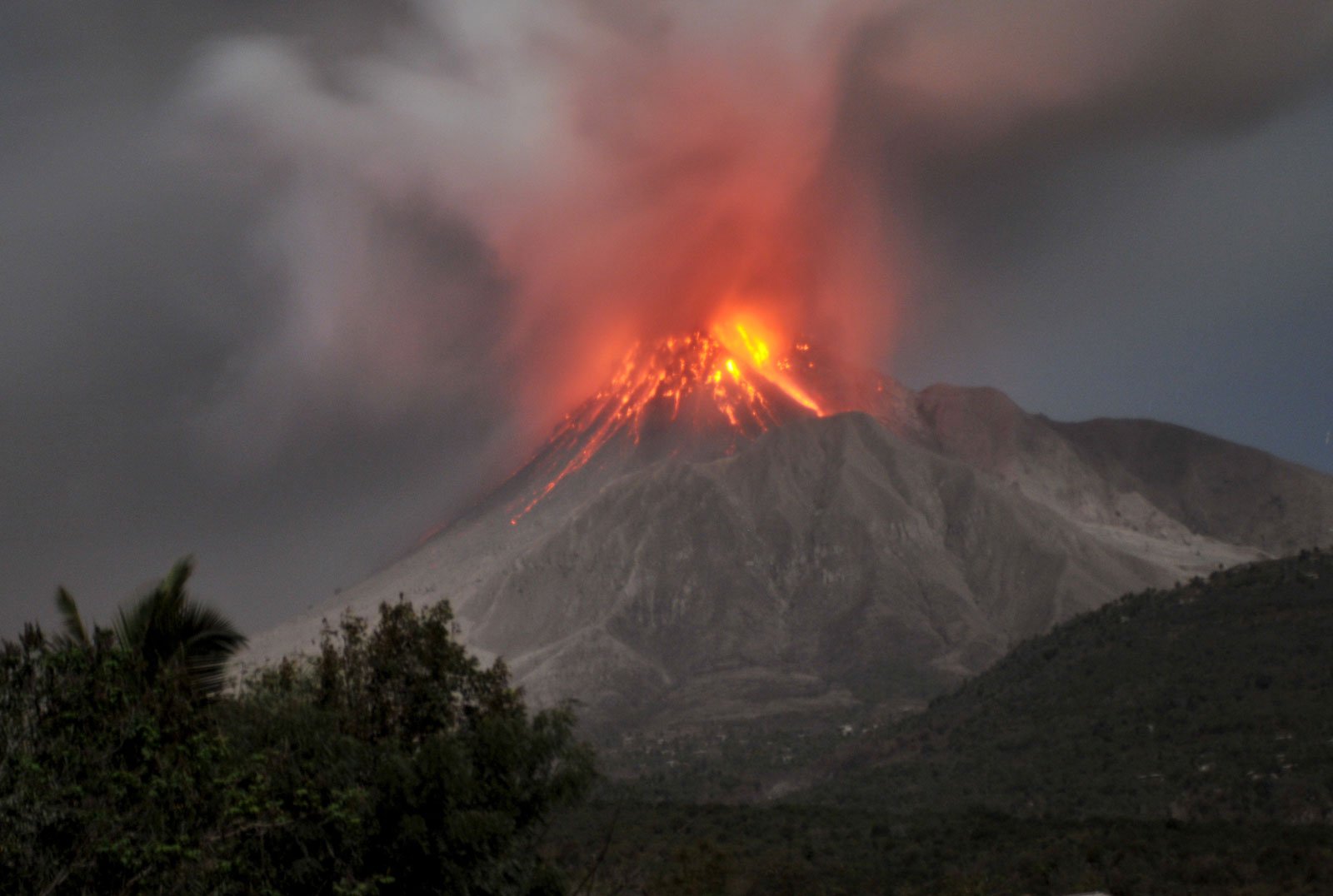 Volcanic eruptions, a natural process, can be highly explosive. With technological advancement and modern day preparedness, the threat posed by volcanic eruptions to life and property may have reduced steadily but it is not negligible. Even till today, volcanic eruptions can take a toll on people’s lives especially for those residing in the immediate vicinity of active/dormant volcanoes.

In a recent event, the eastern DRCongo city of Goma was almost deserted on Friday after residents fled following a warning that the Mount Nyiragongo volcano might erupt again.

More than 20,000 people are homeless and 40 still missing in the aftermath of the volcanic eruption in eastern Congo that killed dozens and continues to cause strong earthquakes in the nearby city of Goma.

The latest eruption on Saturday, sent rivers of lava streaming down the hillside from Mount Nyiragongo, destroying hundreds of homes and forcing thousands to flee. But fortunately it stopped 300 metres short of Goma airport, the main hub for aid operations in the east of Congo.

According to the UN Office for Coordination of Humanitarian Affairs (OCHA), the ash cloud caused by the eruption has closed down airports in Goma and Bukavu, and is likely to cause respiratory diseases.

The risk of further eruptions from volcano Nyiragongo has led DR Congo authorities to order the evacuation in major parts of the city of Goma. It has caused an immediate exodus of tens of thousands of people.

The most destructive explosion on earth in the past 10,000 years was the eruption of an abstruse volcano in Indonesia called MountTambora. More than 13,000 feet high, Tambora blew up in 1815 and blasted 12 cubic miles of gases, dust and rock into the atmosphere and onto the island of Sumbawa and the surrounding area.

Rivers of blazing ash poured down the mountain’s flanks and burned grasslands and forests. The ground shook, sending tsunamis racing across the Java Sea. An estimated 10,000 of the island’s inhabitants died instantly.

Climate experts believe that Tambora was partly responsible for the unseasonable chill that afflicted much of the Northern Hemisphere in 1816, known as the “year without a summer.”

Krakatoa was last thought to have erupted some two centuries earlier, in 1680, and most people believed it was extinct. But in May 1883, people reported feeling tremors and hearing explosions, first in western Java and then on the other side of the Sunda Strait in Sumatra.

Krakatoa is a small volcanic island in Indonesia, located about 100 miles west of Jakarta. In August 1883, the eruption of the main island of Krakatoa (or Krakatau) killed thousands of people, making it one of the most devastating volcanic eruptions in human history.

Krakatoa’s violent eruption killed more than 36,000 people. Relatively few of the victims were killed by the tephra (volcanic rock) and hot volcanic gases produced by the blasts themselves.

Tens of thousands more people drowned in the series of tsunamis caused by the volcano’s collapse into the caldera, including a 120-foot-high wall of water that formed just after the climactic blast and wiped out 165 coastal villages on Java and Sumatra.

Renowned Montagne Pelée, forming the northern end of the island of Martinique, is the most active volcano of the Lesser Antilles arc. More than 20 major eruptions have occurred at Pelée during the past 5000 years.

On May 7, 1902, Martinique’s Mount Pelée begins the deadliest volcanic eruption of the 20th century. The following day, the city of Saint Pierre, which some called the Paris of the Caribbean, was virtually wiped off the map.

Overnight, there were several strong tremors and a cloud of gas with a temperature of more than 3,000 degrees Fahrenheit spilled out of the mountain. Finally, a tremendous blast in the early morning hours sent an avalanche of boiling ash down the side of the mountain.

The city of Saint Pierre was buried within minutes and virtually everyone died instantly. There were only two reported survivors—one was a prisoner held in an underground cell. Legend has it that he went on to be a circus attraction.

In addition, 15 ships in the harbor were capsized by the eruption. One ship managed to stay afloat with half the crew surviving, although most suffered serious burns.

Prior to 1902, Santa María volcano was inactive for at least 500 to several thousand years. By far one of the largest and most explosive eruptions of the century was the 1902 eruption as it produced a vertical column at least 28 feet high.

On October 25, 1902 Santa María erupted violently following a January-October series of earthquakes centered in the Central American-Caribbean region. These severe earthquakes and the extensive volcanic activity in the region were the unmistakable indicators of the upcoming eruption. As there was no historical record of previous volcanic activity, these warning signs were not recognised.

The Plinian eruption killed at least 5000 people (undoubtedly an underestimate) and tore a gaping hole in the south flank of the cone, and darkened the skies over Guatemala for days (Sapper 1903).The worldwide impact was significant, as ash was detected as far away as San Francisco, CA.

The 1985 eruption of Nevado del Ruiz was Colombia’s worst natural disaster, the second-deadliest volcanic disaster of the 20th century (behind the 1902 eruption of Mount Pelée in Martinque) and the fourth-deadliest in recorded history.

On November 13, 1985, at a little after 9 pm local time, Nevado del Ruiz, a volcano about 130 kilometers from Colombia’s capital city of Bogotá, erupted, spewing a violent mix of hot ash and lava into the atmosphere.

Less than three hours later, the earth rumbled as mudflows towering nearly 30 meters high swept through the countryside, several villages and eventually the town of Armero, where it killed 70 percent of the town’s residents.

Torrents of mud almost totally buried the town of Armero on the Lagunilla River, 30 miles (48 km) from the volcano, killing an estimated 25,000 people.

Mud also swelled the nearby Gualí River to overflowing, and on the western side of the mountain another mud slide killed about 1,000 people in the town of Chinchiná on the Claro River.

Minari-A subtle portrayal of the life of an immigrant family