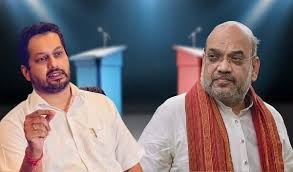 On Friday, Utpal Parrikar (son of late.Manohar Parrikar, Former CM of Goa) quit BJP after he was denied the party ticket for the seat in the Goa Assembly election. He also announced that he would be contesting as an independent candidate from Panaji Constituency. While talking to the press he said,

“All these years my father had developed an immense bond with the people of Panaji. I, too, have developed this bond with them. But for some reason, I have not been able to get the candidature for Panaji. Instead, it has been given to someone who has opportunistically entered the BJP in the past two years,”

Not only Parrikar but after being denied the ticket in the declared 34 membered BJP Candidate list for Goa Assembly Elections, Former Chief Minister Laxmikant parsekar announced his resignations from the party, and formally yet to resign on saturday.

Public Works Department Minister Deepak Pauskar resigned as an MLA as well, as a Minister and from the BJP’s primary membership after he was dropped for the Sanvordem constituency.

Savitri Kavlekar (wife of Goa Deputy Chief Minister Chandrakant Kavlekar) gave a resignation as The Vicepresident of the Goa BJP women’s wing, and announced her candidacy from Sanguem, Independent of any party.

This pattern of Party Members/ MLA’s/ Ministers resigning from BJP is being observed in other states like UP and Punjab as well.