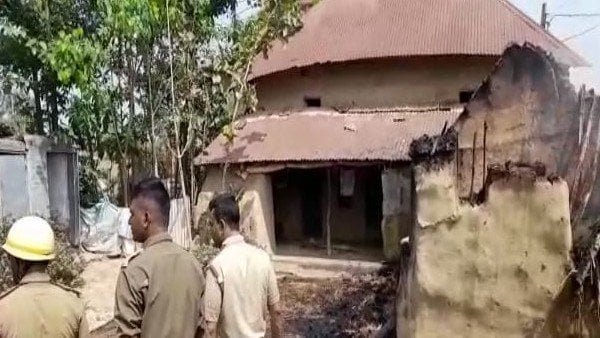 The current incidents remind the massacres and killings of opposition members in the past, caused by inter and intra-party rivalries in the state.

The incident is expected to raise political temperatures in a state infamous for political violence-with the Opposition raising the issue and demanding the resignation of Chief Minister Mamata Banerjee.

With charred walls, broken windowpanes, and heaps of ash-Baktui village of Birbhum district in West Bengal is apparently under siege. The burnt houses are guarded with policemen from all sides-as leaders of the BJP and CPI(M) gathered around the damaged dwelling.

Let us look at the timeline of the events that occurred-

WB | After the fire incident in Birbhum, local people leave their homes and move to other places

"We are leaving the houses, in view of security. My brother-in-law died in the incident. Had there been security by the Police, this incident wouldn't have happened." said a villager pic.twitter.com/SkyurCsqvT

More than fifty houses in the area are locked up as people have fled the village fearing violence. With sunset over the horizon, the crew of presspersons began to disperse-only policemen stood guard in the neighborhood.

Talking about the killings, senior journalist Ajoy Mukhopadhyay said the district has a “chequered” history of violence. However, he added, even villagers believe that the past incidents were not as deadly as the current events. “They say that we had not imagined that such kinds of incidents can happen here,” says Mukhopadhyay.

Chief Minister Mamata Banerjee blamed the police for mishandling the situation; stating that the “Incident could have been avoided if the police had gone immediately”.She also warned action against those who didn’t perform their duty.

To appease the victims’ families-she promised speedy justice and pledged to give jobs to the unemployed youth of the families. Apart from this, she announced a compensation of Rs 5 lakh each to the kin of the victims, and Rs 50,000 each to those injured.

‘The worrying factor is that panchayat elections are just one year away,’ said senior journalist Monideepa Banerjie. Hence, it is no doubt that the ruling TMC came to the rescue of victims as it seeks to consolidate its victory in the municipal polls and also shed its negative image of engaging in violence.

In this article:Birbhum, west bengal