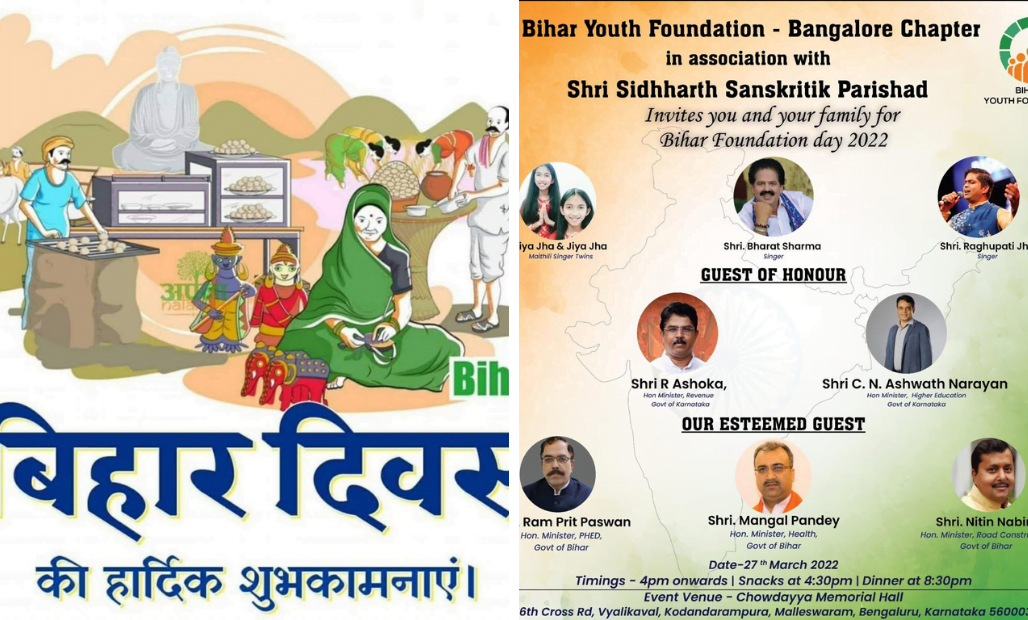 Latest Bangalore News: The Bihari community who are the residents of Bengaluru city celebrated the Bihar Diwas in the city on 27th March 2022. The event was organized by the Bihar Youth Foundation – Bengaluru Chapter in association with Shri Siddharth Sanskritik Parishad. 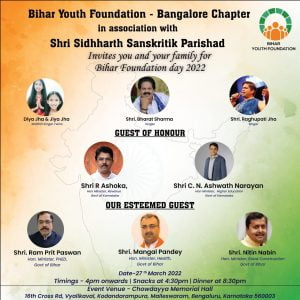 The event had cultural programs and had singers like Shri Bharat Sharma, Shri Raghupati Jha, Divya Jha and Jiya Jha who are twins and popular in the region.

Bihar Diwas is observed every year on March 22, marking the formation of the state of Bihar. It was on this day that the British carved out the state from Bengal in 1912. The day is a public holiday in Bihar. Bihar Day was started and celebrated on large scale by the Bihar Government in the tenure of Nitish Kumar.

In this article:latest bangalore updates