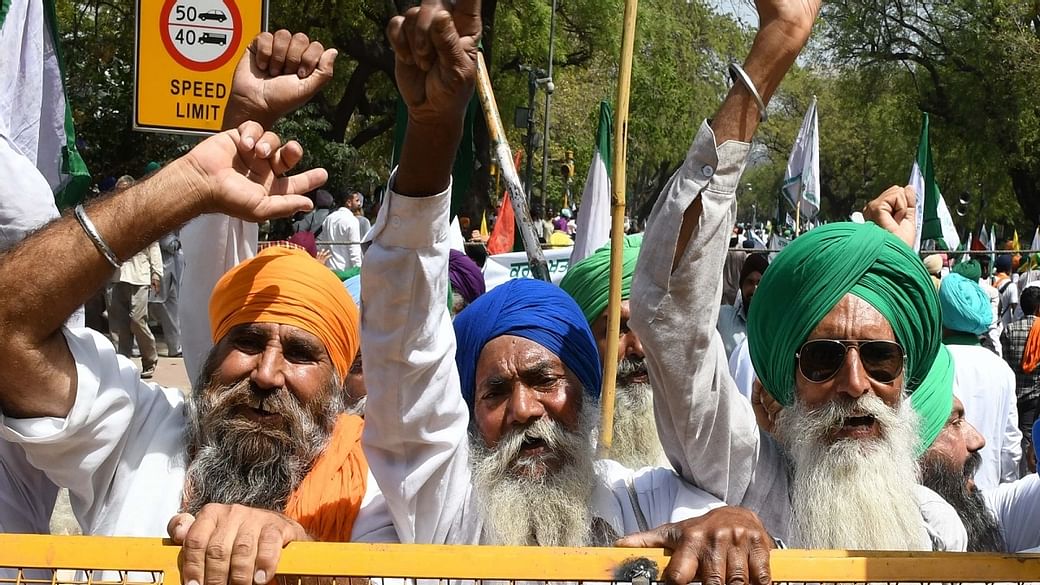 With the aim to mount pressure on the Centre, protesting farmers have upped the ante and called for Bharat Bandh on December 8, 2020. This comes after talks between the government and the farmers remained inconclusive on Saturday, after five rounds of discussions. The farmers said their demands are non-negotiable, and the next round of talks will be dominated by the agenda of total repeal of the three farm laws through a special session of Parliament. At a press conference, the farmer unions said the bandh would be observed the whole day on December 8 and “chakka jams” would be carried out till 3 pm. The protesting farmers have already announced that they will occupy toll plazas between 11 am to 3 pm.

In response to this, the Centre has asked all states and union territories to tighten security. The farmers have garnered the support of about 15 opposition parties, railway and trade unions. It is important to note that emergency services will remain unaffected by the bandh and farmers have appealed to their affiliates to not force anyone into observing this day as a bandh.

If you’re wondering how various states of the country are gearing up for the bandh, here’s how:

The ruling government comprising of the Shiv Sena, NCP and Congress are among the key supporters of the nationwide bandh. Shiv Sena MP Sanjay Raut encouraged people to take part in the bandh and stand in support of the farmers. He also called the bandh a ‘non-political’ one. Maharashtra minister Nawab Malik said NCP workers will join the shutdown, keeping in mind social distancing norms. However, PTI has reported that Maharashtra State Road Transport Corporation (MSRTC) buses and taxis will run as scheduled on December 8. The All India Motor Transport Congress said it would “join the Bharat bandh and suspend their operations”. The secretary of Maharashtra Rajya Truck Tempo Tankers Vahatuk Sangh, Data Natkar, has clearly stated that transportation of essentials like milk and other groceries will be excluded from the bandh.

Thousands of farmers in Karnataka are to join the Bharat bandh. As per the Karnataka Rajya Riatha Sangha President, K Chandreshekar members of about 300 farmers’ organizations would participate in the nationwide strike. Aikya Horata, a coalition of farmer, labor and Dalit groups, will join in an indefinite sit-in protest in Bengaluru on the day of the bandh. The Karnataka chapter of the All-India Kisan Sangharsh Co-ordination Committee (AIKSCC), a coalition of several farmer organizations, has called for a six-hour bandh. In addition to this, the Karnataka Congress promises to launch a letter drive against the farm and labor laws. These letters with the signatures of farmers and laborers are to be sent directly to the President.

DMK and its allies have extended their support to the Bharat bandh called by the farmers. In a joint statement, DMK leader MK Stalin pledged his allegiance and stated that the farmer’s demands are completely justified. Stalin has appealed to all the farmer, trade and labor unions to extend their support to make this Bandh a success. Kamal Haasan’s Makkal Needhi Maiam will also participate in the protest. On behalf of Kamal Haasan, a 10-member team headed by the party’s farmer wing head Mayilsamy reached the capital on December 6 to stand in support of the farmers. Auto rickshaws will not run across the state on December 8, in view of the bandh.

In Assam, the Congress, AIUDF, the Left, and many others have come together to extend their support to the Bharat Bandh. A statement from the Assam Pradesh Congress Committee said that the party’s local units will hold protest programs with the farmers in farms across the state and burn effigies of the Prime Minister. The Assam chapter of the Communist Party of India (Marxist) (CPI-M) said that the new farm laws amounted to annulling the Minimum Support Price, which the BJP promised in Assam’s “Vision Document”. The Congress, CPI-ML, CPI, Liberal Democratic Party Anchalik Gana Marcha, Assam Jatiya Parishad, Raijor Dol and others put out a statement that appealing to all offices and educational institutions, banks and courts to remain shut, and vehicles to stay off the streets on December 8. A statement issued by the Krishak Mukti Sangram Samiti, a peasant organization founded by Akhil Gogoi said, “BJP is doing this to appease its corporate friends and the farmers of Assam will never accept these laws”

Farmer outfits in Kerala have decided to exclude the state from the nationwide bandh as five districts of the state will go to polls in the first phase of the local body elections scheduled on the same day. Considering the potential hardships that can come with the bandh, farmer outfits are exploring alternate ways of registering their support with the farmers.

With all eyes on Delhi, those traveling to the capital have been advised by the police to use the DND instead of the Noida Link road. A tweet by the Delhi Traffic Police states, “Singhu, Auchandi, Piao Maniyari, Mangesh borders are closed. NH 44 is closed on both sides. Take alternative routes via Lampur, Safiabad, Saboli borders.” Tikri and Jharoda borders are closed for traffic movement while Badusarai border is open only cars and two-wheelers.

There have already been several rounds of talks between the farmers’ representatives and the government. This Bharat Bandh comes just a day prior to yet another meeting scheduled for December 9.