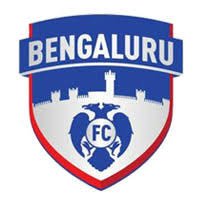 The city of Manchester which was once known to be the powerhouse of Industries is now recognized worldwide for its #sports teams – Manchester City and Manchester United. Sports have a way of bringing people together in spirits and creating a common identity. There is nothing more pure in loyalty than a relationship between a city’s team and its fan, and one of India’s best sporting fan base is our Bengaluru. We bleed red, we march in blue and we charge like bulls to support our teams.

Who knew that a sport previously distant to the city of Bangalore, would take it by storm in the year 2013. On 20th of July in 2013, when the #football club #Bengaluru #FC was established, history was being written. The blues were set to march, and rule from their den at Sree Kanteerava Stadium. The club is owned by the Mumbai based company JSW Group and its managing director Sajjan Jindal. #BFC, backed by their fan base and supporters group – the West Block Blues have won two I-league titles, including one in their debut season, two Federation Cup titles, one Indian Super League title and a Super Cup championship. They became the champions of the 2018–19 Indian Super League season defeating #FC #Goa in the final. The team is made up of superstars like Gurpreet Singh Sandhu, Juanan, Eric Paartalu, Dimas Delgado, Nishu Kumar and of course the captain himself, Sunil Chhetri.

A lesser known team, which has been doing wonders lately is the #Bengaluru #Raptors. Coached by Aravind Bhat and captained by B. Sai Praneeth, the city’s #Badminton #team have been champions for the past two years in the Premier Badminton League making them the only team to win the title twice in the league. Previously known as the Banga Beats, Bengaluru Topguns and Bengaluru Blasters, The Raptors are owned by Matrix Badminton Teamworks Pvt. Ltd. Ansu Yadav, Arun George, Medha Sashidharan, Tai Tzu-Ying, Brice Leverdez, Agung Saputro, Chan Peng Soon, Eom Hye-won make the Raptors team.

Nothing shouts “Bangalore” louder than Namma #RCB. The #Royal #Challengers #Bangalore, who are every Bangalorean’s heartbeat and the reason for frequent heartbreaks are synonymous with the city. “Ee Sala Cup Namde” hurts a Bangalorean as much as “Kannad Gotilla.” The team is named after the brand Royal Challenge, owned by the team’s parent company United Spirits Ltd. – which the infamous king of good times, Mr.Mallya was once part of. #RCB is known to be larger than life with stalwarts of the game always being part of the team. The team holds the record for the highest team score and the lowest team score in the league. Though they remain trophy less till date, the Royal Challengers Bangalore have been runner ups thrice in the league. The “Bold Army” in their “Sea of Red” at M.Chinnaswamy Stadium have known to be one of the most vocal, supportive, and loyal fans. Coached by Simon Katich, and captained by Virat Kohli, the team currently houses superstars like AB De Villiers, Dale Styne, Moeen Ali, Chris Morris, and Yuzvendra Chahal. Royal Challengers Bangalore will remain an emotion that overwhelms Bangaloreans despite their performance in the #Indian #Premier #League.

Last but not the least, the #Bulls who often charge to victory – #Bengaluru #Bulls. The #Kabaddi team is owned by Kosmik Global Media and coached by Randhir singh. The Bulls won their maiden title in the 2018-2019 season (season 6) and were runners up in the 2015 season. Led by Pawan Sehrawat the team has stars such as Rohit Kumar, Mohit Sehrawat, Sandeep, Banty, and Lal Mohar Yadav. The Bengaluru Bulls play at the Sree Kanteerava indoor Stadium and are considered as one of the most successful teams in #PKL history.

Bengaluru is building its legacy in the field of #league #tournaments and is growing into a giant who is consuming and conquering everything. May it be Cricket, or Football, Badminton or even Kabaddi, the Bengaluru crowd stands by its team and celebrates every win with all their heart.