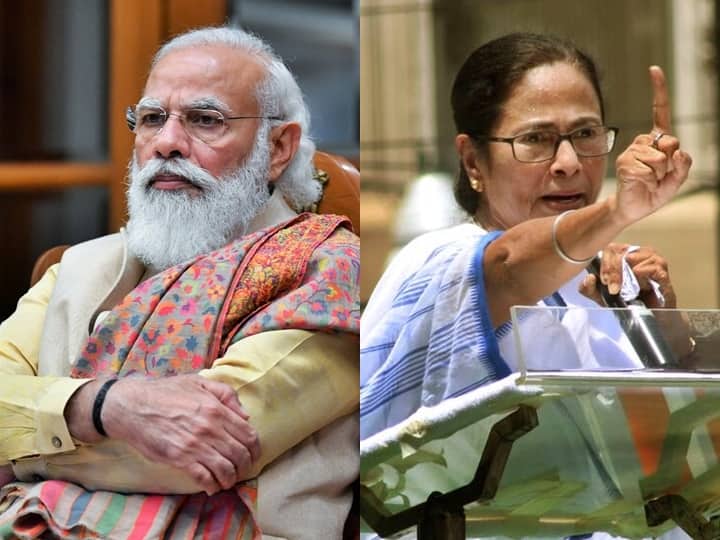 After the 2021 Assembly Elections results were out on Sunday May 2, social media has been flooded with onset of post-poll violence – communal violence, political violence, outrage, looting, clash between party workers and supporters of the two leading parties, AITC and BJP. Series of pictures and videos were shared widely on social media platforms asserting that the Bharatiya Janata Party workers were being subjected to brutality by the third time re-elected All India Trinamool Congress.

But then the question arises here, those images and video clips, how far are they authentic? Are they actually bona fide or is it just a premeditated act of creating false propaganda and inciting violence?

Theses clashes come in the backdrop of a sweeping win for the ruling Trinamool Congress after a bitter and acrimonious fight with the opposition BJP. Both parties blamed the other for the violence that reportedly resulted in the deaths of at least seven people, injuries to several others, and homes and shops of political workers being looted. The TMC won 213 seats against BJP’s 77.

Four people were killed in alleged clashes between TMC and BJP supporters in Burdwan district on Sunday and Monday, officials said. The TMC claimed three of them were its supporters. Furthermore, the BJP has ‘claimed’ at least nine of its workers and supporters, including a woman, were killed in violence allegedly unleashed by the Trinamool Congress following its victory in the assembly elections.

Following these events, CM Mamata Banerjee has said, “Even after the results were announced, BJP attacked our supporters in certain areas but we ask our men not to get provoked and instead report to the police.”

The situation happens to remain tense as of now. The BJP national president, JP Nadda is in the state on a two-day visit, meeting alleged victims of the violence. BJP had also announced a nationwide dharna on 5 May, the day CM Banerjee had her oath taking ceremony.

Some of the BJP officials tried to give this unrest situation an angle of communal violence too. An alleged news was also surfaced saying that two female BJP party workers have been raped by the TMC party workers.

West Bengal Governor Jagdeep Dhankhar tweeted that he had asked the Home Department of West Bengal to submit a report on the violence and vandalism in state and the steps taken to control the situation.

It is, however, important to note that the developments came at a time when the new government was yet to be sworn in and the state was technically under the Governor’s rule.

However, after much debate, the picture is becoming clear as authentic news have emerged countering some of the false claims of violence and disharmony that has been unleashed after the TMC party emerged victorious in the Assembly Elections.

On social media, a video of a mob attacking a police van is circulating with the claim that it shows Trinamool Congress supporters attacking cops who’d come to control post-poll clashes. The caption with the video says, “#PresidentRuleInBengal Policeman came to control the situation & then TMC goons attacks on Police. #tmcgoons #BengalViolence”.

Whereas, India Today Anti Fake News War Room (AFWA) has found out that the claim along with the video is misleading. The video which has been widely shared on social media is of a clash that broke out between police and locals over the death of a youth in Odisha in January 2021.

In one video, claimed from to be from Howrah’s Shibpur, circulated by the party showed a shop named ‘Hong Kong Fashion’ being looted by young men, smeared in green colours. Some of them can be heard saying that they were “waiting to do this”.

A separate video of the same incident shows burqa-clad women accusing Mamata Banerjee and TMC of the violence. One of the women says that the shop belongs to her brother, a TMC worker.

Certain BJP leaders introduced a communal angle to the violence, claiming that there were targeted attacks against Hindus. One of them was BJP’s West Bengal General Secretary Kailash Vijayvargiya, who had shared a video on Twitter, specifically mentioning that “Muslim” goons of the TMC were beating up BJP workers in Nandigram.

The Trinamool, on the other hand, has denied all instance of violence, claiming that this was an “intra-BJP” fight. Other party leaders have called news of violence in the state a “massive disinformation campaign” by the BJP to divert attention from their loss.

A poster of Mamata Banerjee with superimposed visuals of arson and unrelated old pictures of Muslim men in skull caps is also being shared. Alt News founder Pratik Sinha pointed out that the two pictures have nothing to do with the recent violence.

Misleading pictures from 2019 were shared as images of recent post-poll violence in West Bengal with communal and inflammatory captions.

The BJP is also using a video of Mamata Banerjee to suggest that the violence was pre-planned by the TMC. However, top BJP leaders had said far more incendiary things before the elections in Bengal. “Once the BJP forms a government in Bengal, the TMC goons will meet the same fate as the goons in UP,” chief minister of Uttar Pradesh Yogi Adityanath had said in a campaign speech.

Bengal BJP leader Dilip Ghosh also threatened TMC workers, saying that after the elections, “You’ll have to take a trip to the hospital. And if you do more than that, then you will have to go the crematorium.”

The West Bengal police have said that this is a fake claim. And now the Election Commission-appointed police officer has also said that these posts are fake. Keep in mind that similar rumours led to the 2013 riots in Muzaffarnagar.

Actor Kangana Ranaut also tweeted a provocative message calling upon Prime Minister Narendra Modi to take revenge and unleash violence in Bengal, which led to her suspension from Twitter.

Presently there is a tsunami of disinformation on the internet about the post-poll violence in Bengal. The BJP’s criticism of this violence is primarily aimed at deriding the people’s mandate in Bengal by stoking communal sentiments. BJP leaders across India have urged PM Modi to impose president’s rule in Bengal.

There is no doubt that this will worsen the violence and trigger communal riots in the state. West Bengal has a bloody history of post-poll violence, which in no circumstances can be justified or defended in a civilised society. In such a tense situation, unchecked fake news mixed with communal incitement and Islamophobic propaganda by the BJP and its supporters will only add fuel to the fire.

During the unstoppable crisis, Centre should provide free Covid Vaccines to people