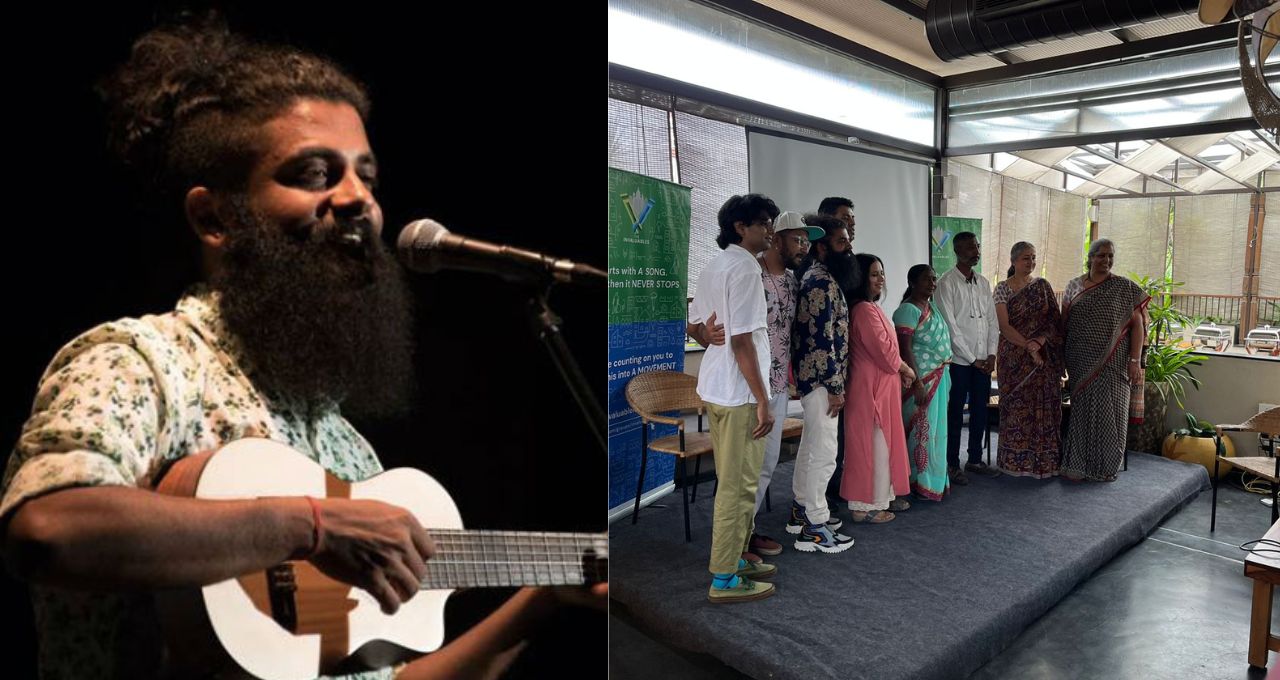 To highlight the work of informal waste pickers in Bengaluru city, BBC Media Action launched #InvaluableRecyclers. The charity wing of the international media house collaborated with musician Vasu Dixit. The singer/composer released a song called the ‘Happy Number’, as a tribute to the waste pickers, who strive hard to collect and recycle plastic and other forms of recyclable waste generated from the city.

The ‘Happy number’ was released in an event organised by BBC Media action, along with their partners. Musician Vasu Dixit, actor and comic Shraddha Jain, and environmentalist Vaani Murthi, were the forerunners of this cause in the city.

The city is home to 22,500 informal waste pickers, who ensure the segregation of the waste to maintain clean, pollution-free, and already overflowing landfills.

According to research by BBC Media Action in 2020, the city does not recognise the efforts of the informal waste pickers. A few of the findings of the study stated that the Bengaluru population is thankful for the contribution of the formal waste pickers (pourakarmikas), however, there exists a fair degree of stigma against the informal lot.

The research also talked about the additional concerns around the safety of the female waste pickers. BBC Media Action, in association with the celebrities from the city, aims to spread awareness through the ‘Happy Number’.

“Thanks to the pandemic, numbers have become scary, harbingers of the worst possible news! But here’s a ‘Happy number’ that we need to know about and celebrate – an estimated 38,32,50,000 kilograms of waste stopped from being added to already overflowing landfills by the informal waste pickers of Bengaluru. We see them as silent environmentalists. They are the first step in the waste recycling value chain. This song celebrates the invaluable work they do for the city and is a tribute to them – the #InvaluableRecyclers.

Through this Happy Number song and campaign, BBC Media Action wants to highlight their role in the city’s circular economy, celebrating the skills and expertise they bring to the profession of waste picking.” said Soma Katiyar, Executive Creative Director, BBC Media Action.

The singer of ‘Happy Number’, musician Vasu Dixit stressed the citizen’s responsibility toward the informal waste pickers of Bengaluru and gave them due respect. He views Happy Number as an opportunity to celebrate these unsung heroes, and celebrate their work.