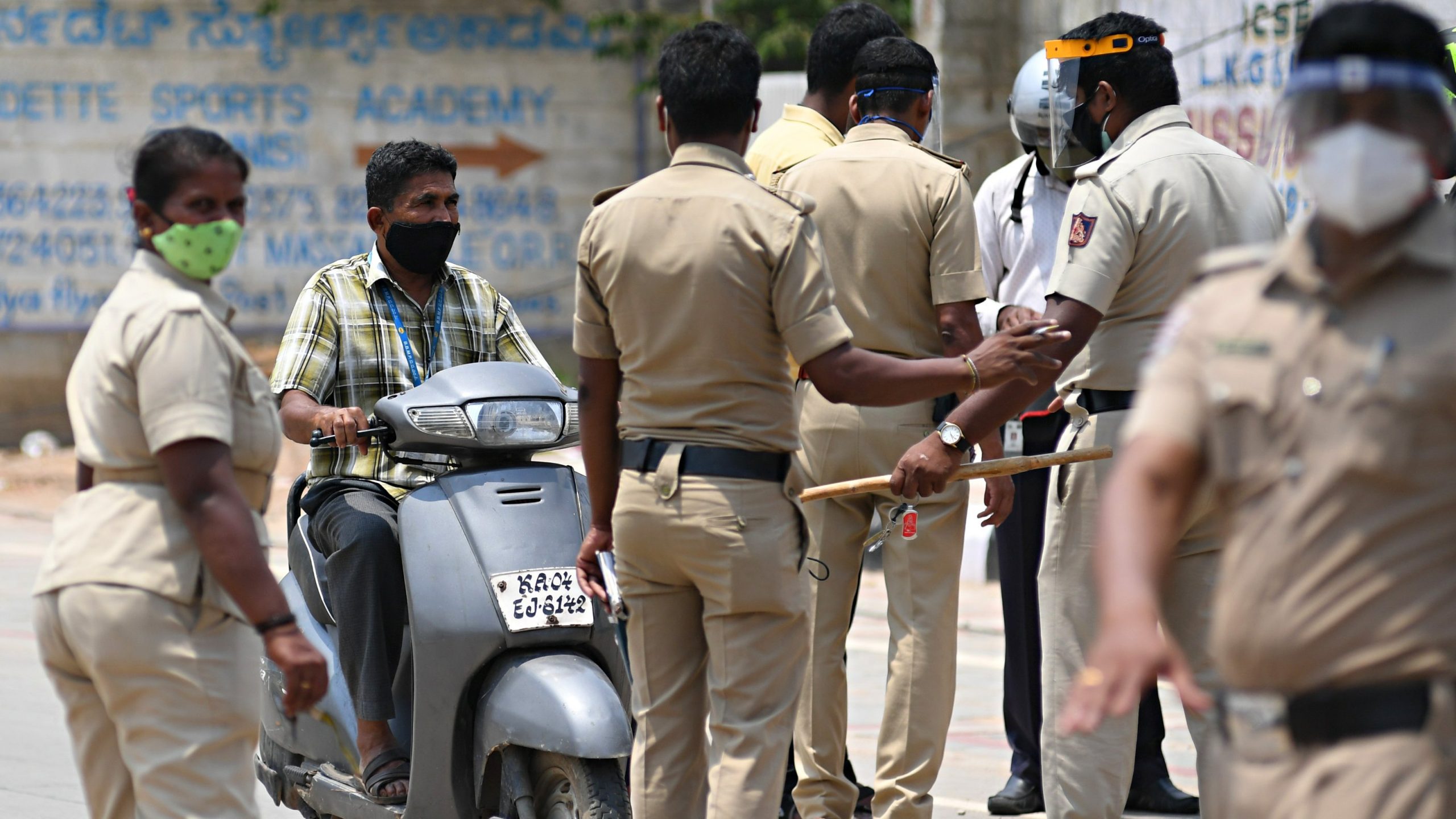 Aryaman, eighteen was returning from Forum Mall, Koramangala at 11:30 pm when he was abruptly stopped by two police personnel. “I went to Forum to have a burger at Macdonald’s and was carrying munchies on my way back to my pg when two policemen stopped me and started going through my bag,” said Aryaman. Aryaman was also asked to unlock his phone and hand it over to the policemen. Scared, he gave his phone and the cops went through his gallery and WhatsApp searching for drug leads. “Being a North Indian, I felt helpless as the cops only conversed in Kannada,” he added. Moreover, the cops have a condescending attitude while talking to North-Indians that makes the migrants feel uncomfortable rather than safe.

Sharing his experience, Ronu, a student at Christ University, S.G. Palya, Bangalore said “At this point, I am not even shocked when the police asks me to show my phone.” Adding to his statement Ronu said, “They know we are students and we are helpless so, they take complete advantage of the situation.”

The above cases are not exceptions but a norm in Bangalore. Especially in student dominated areas like S.G.Palya, harassment by the police is a frequent event. The “harassment” often involves the police taking their mobile phones and searching for conversations on “drugs.” While a similar exercise by the Hyderabad police received widespread condemnation, most of the cases in Bangalore go unreported.

“Being harassed by the police is bad but it is worse when you are a North Indian,” Jatin informed the News Hamster. Further adding to his statement, Jatin said, “The first question the cops you is: are you a North-Indian?”

As per article 21 of the Indian constitution; citizens have the right to privacy, and it is the government’s duty to protect it. Even if the person is accused of a crime, the police, under Article 20(3), cannot compel them to give the evidence. The police cannot do it even to prove the offence, they should collect the evidence independently.

“Only if a person is caught red-handed at the scene of a crime, then the policemen have the permission to seize the mobile, and it will be submitted to the court. If you are not involved in a direct crime, we cannot check. It is your privacy,” DCP Santosh Babu quoted.

Under the Code of Criminal Procedure, the police have the power to conduct searches only when they are investigating an offence.

*Names changed to protect their identities.