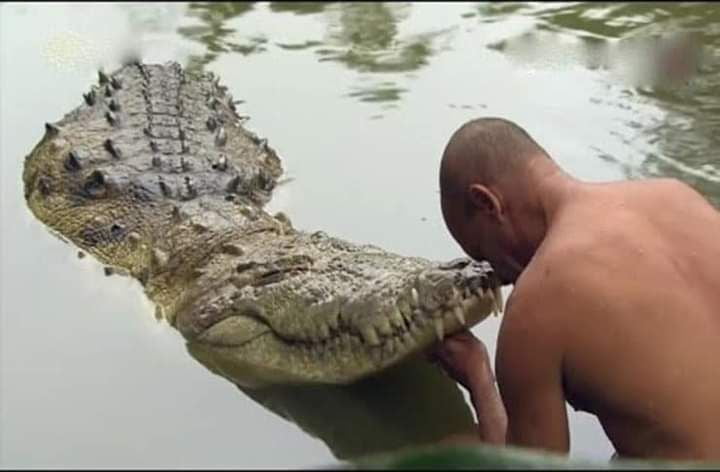 Babiya, the mystic mugger crocodile of Kasaragod’s Sri Ananthapadmanabha Swamy Temple, died Sunday night. It was found dead on the southern side of the lake surrounding the temple at Ananthapura village. 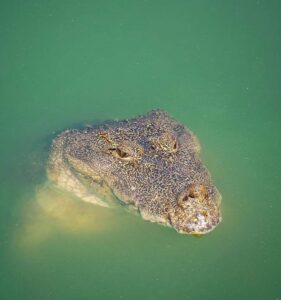 The Ananthapura Lake temple is believed to be the authentic seat of Ananthapadmanabha Swami. The temple is built in the middle of a lake in the little village of Ananthapura, a few km away from the town of Kumbla in Manjeshwaram Taluk of Kerala’s Kasaragod district.

One of many stories associated with this lake temple, a wonderful story is quite popular where Lord Krishna and one of his ardent devotees throws light on the purpose of Babiya’s existence. As per it, when Sri Vilvamangalathu Swami was engaged in deep meditation to win the favor of his tutelary deity, Sri Vishnu, Lord Krishna appeared as a young boy and started playing pranks to test his devotee. Ruffled by the mischief of the little one, Vilvamangalathu Swami brushed him aside.

By the time that sage realized his error, the boy-Krishna had vanished into the cave close-by. The crevice into which Krishna had disappeared is located somewhere inside the temple. And, the crocodile Babiya is the guardian appointed to safeguard the mysterious entrance.

It is believed that each time one of these crocodilian guardians die, another one takes its place. Another legend associated with the temple and its mysterious guardian talks of this phenomenon. About 70 years ago, a British soldier killed the guardian crocodile. The soldier died soon after from a snake bite (which is believed to be punished by Anantha), and a new temple guardian appeared to patrol the lake.

Babiya was not keeping well for the past few days and was attended to by veterinary surgeons from Mangaluru’s Pilikula Biological Park , said Udayakumar R Gatty, trustee of the temple.