As Actor, writer, and filmmaker R. Madhavan’s new project ‘Rocketry: The Nambi Effect’ based on an ISRO scientist accused of espionage is released, let us know some lesser-known facts about the prominent actor. Stay tuned!

‘Rocketry: The Nambi Effect’ trailer: Madhavan reaches for the stars, and then some – The Hindu🙏🙏🙏🚀🚀🚀❤️❤️ https://t.co/oRZX9jlgn1

1. Madhavan is a Tamilian, Born in Bihar

Madhavan was born and brought up in Jamshedpur, Bihar (now Jharkhand) on June 1, 1970. His father is a native of Tamil Nadu. His father worked for Tata Steel and his mother Saroja worked for Indian Bank.

2. Maddy is a Vegetarian!

Madhavan, who is nicknamed ‘Maddy’, is a vegetarian. Remember the scene from ‘Rehnaa Hai Terre Dil Mein’, where Maddy struggles to eat chicken on the lunch date? Yes, it is because Maddy is a pure vegetarian. The actor was also named the ‘Hottest Vegetarian’ in 2010 by PETA!

3. He Aspired to Become an Army Officer in His Youth

Being an NCC cadet in his youthful days, Madhavan got the opportunity to visit England and get trained with the British military. He applied to join the Indian Army but was rejected because of the age cut-off by 6 months. Madhavan’s first television appearance was a sandalwood talc advertisement in 1996. However, he debuted on television with the show ‘Banegi Apni Baat’ on Zee TV. The actor was dating his classmate Sarita Birje for a long time. The duo got married in 1999. The couple has a son Vedaant Madhavan, who is a swimmer by profession. 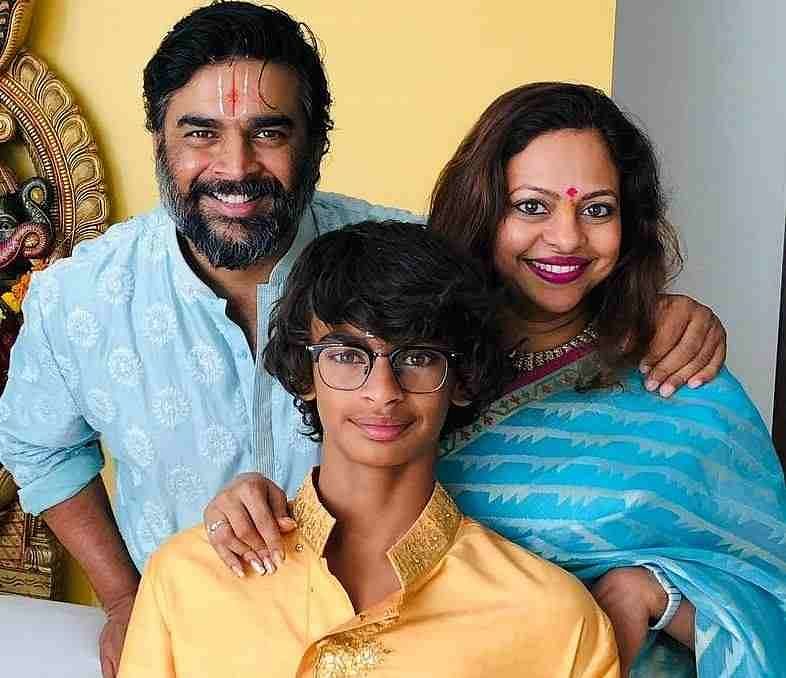 The actor got fame after portraying the character ‘Maddy’ in ‘Rehnaa Hai Tere Dil Mein‘ (2001). The film and his character are loved by the fans to this day. The film also featured Dia Mirza and Saif Ali Khan alongside the actor. R. Madhavan appeared as an Indian cop in the Hollywood film Inferno in 1997.

9. Success in the Hindi Cinema

His role in Hindi films such as “Rang De Basanti”, “Guru” with Abhishek Bachchan, and “3 Idiots” with Aamir Khan has been loved by the audience. His character of Manu in ‘Tanu Weds Manu’ and ‘Tanu Weds Manu Returns’ has also stayed in the audience’s hearts.

Madhavan is a versatile actor who has given phenomenal performances across languages. Madhavan has movies across 7 languages, including Tamil, Telugu, English, Hindi, Kannada, Malay, and Malayalam.

Rocketry: The Nambi Effect was released in cinemas on July 1, 2022. The film marks Madhavan’s debut as a director.