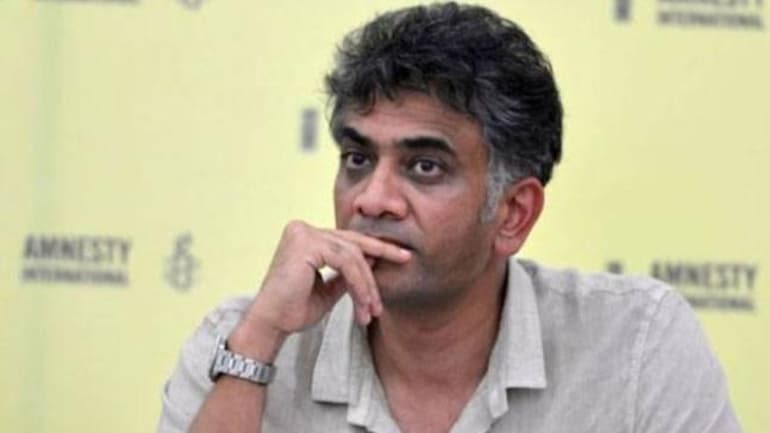 Aakar Patel, the former India Director of Amnesty International, said that he was denied boarding on a trip to the United States at Bengaluru airport.
Mr Patel tweeted that he had been placed on an exit control list in connection with a complaint filed by the Central Bureau of Investigation against Amnesty India International.

Mr Patel stated in a tweet immediately after he was barred from leaving India, “CBI officer called to say I am on the look-out circular because of the case Modi government has filed against Amnesty International India.”

stopped from leaving india at Bangalore airport. am on the exit control list. Got passport back through court order specifically for this trip to the US

According to CBI sources, Mr Patel was granted permission to travel to the United States by a Surat court in a case filed by the Gujarat police, but a Look Out Notice was issued against him, and he was stalled from leaving India today in relation with another case filed by the agency against Amnesty International India and others for alleged FCRA violations involving 36 crore in foreign funding.

In late 2020, a BJP MLA in Surat filed a charge against Aakar under Section 153A. “As part of my bail condition, I had surrendered my passport and it was with the court all this time. Last time I had an engagement with the CBI in 2020 when they sent summons and I went and met them. I have not heard from the CBI in the last 13 months.”

Aakar had petitioned the court to have his passport returned after being asked to speak at institutions in Michigan, Berkeley, and New York. The passport was returned to him despite the government’s objections that he was a flight risk. He was given permission to go, but he was required to return by the end of May.

“It is malicious and the government knew that I was leaving. They had opposed giving my passport back to me. Why did they not tell me you are there on another list? I would have taken them to court on that. But they didn’t do that. This is devious,” he said.

“I did not know about it that I could not fly. I missed my flight and now I am back home. They (Immigration officials) did not let me go,” Mr Patel was reported as saying by the news agency PTI.

Following a complaint from the Home Ministry, the CBI launched a case against Amnesty International India and three of its partner organisations in November 2019, alleging violations of the Foreign Contribution (Regulation) Act, 2010 and the Indian Penal Code.

Mr Patel went to a CBI court in Delhi later, requesting that the agency remove the Look Out Circular that had been issued against him.

The court then directed the CBI to “immediately” dismiss the lookout circular or airport alert issued against the former Amnesty International India Chief. Given Mr Patel’s “mental harassment,” the investigating agency was also directed to write him a letter of apology.

The court stated in a sternly worded order that the lookout circular should not have been declared “merely on the basis of apprehensions arising out of the investigating agency’s whims and fancies,” and that the repercussions on the affected person’s rights should have been anticipated before the circular was issued.

“In this case, a written apology from the head of the CBI i.e. Director, CBI, acknowledging the lapse on part of his subordinate, to applicant would go a long way in not only healing wounds of applicant but also upholding trust and confidence of the public in the premier institution,”  stated a special CBI court.

However, a Delhi court on Friday ordered Patel not to leave the country without permission till the Central Bureau of Investigation makes a judgement on their appeal against the quashing of the lookout notice issued against him. This happened after Aakar was stopped yet again at the airport after the unfolding of the previous events.

have been stopped at immigration again. cbi has not taken me off their look out circular