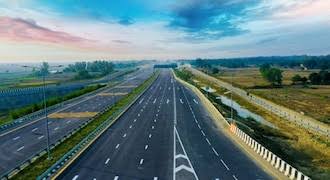 On August 3, Union Transport Minister Nitin Gadkari in Rajya Sabha assured that in three years, India shall be laying foundations for about 26 green expressways among which, ‘The Bangalore Chennai expressway’ will reduce the travel commute to just two hours. Currently, the average commute time between the megacities by road is about five to six hours. 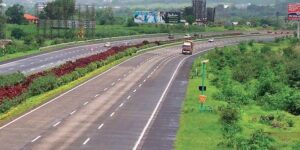 According to News Agency PTI, The Minister also claimed that once the expressways are built, one can travel from Delhi to Chandigarh in 2.5 hours, Delhi to Amritsar in four hours, Delhi to Katra in six hours, Delhi to Srinagar in eight hours, and Delhi to Mumbai in 12 hours and Chennai to Bengaluru in two hours.

1. The foundation for the Bengaluru-Chennai expressway was laid by Prime Minister Narendra Modi in May 2022.

2. According to sources, about 6 private companies are roped in to oversee the construction of the highly anticipated expressway.

3. the expressway is built at the cost of 14870 crores on a 262-long stretch benefiting the states of Karnataka, Andhra Pradesh and Tamil Nadu.

4. The four-lane double-decker elevated expressway will be one of the 26 green expressways which will significantly reduce travel time for thousands of commuters.

5. The project is said to start from Hoskote on the outskirts of Bengaluru, and pass through Malur, Bangarpet, Kolar Gold Fields(KGF), Palamaner, Chittoor, and Ranipet towns on the way. The expressway will end at Sriperumbudur in the Kanchipuram district of Tamil Nadu.

6. The project has been divided into three phases of construction by the NHAI ( National Highway Authority of India).

7.  The expressway will have its own traffic safety devices to ensure a safe commute by passengers and motorists alike.

8. The ecological aspect of this new expressway is highly debatable. According to the Times of India, about 26 waterbodies are said to be affected. More than 17000 trees and 7486 plantations will face the axe.

Recent sources claim that of the 10 construction packages of the Bengaluru–Chennai Expressway, work is in progress on six packages. In Tamil Nadu, the road runs for 106 km, and work has begun in three packages.

The last package, which runs for a length of 12 km with the other half in Andhra Pradesh, too has been awarded to a contractor and the work is likely to commence in a few weeks.