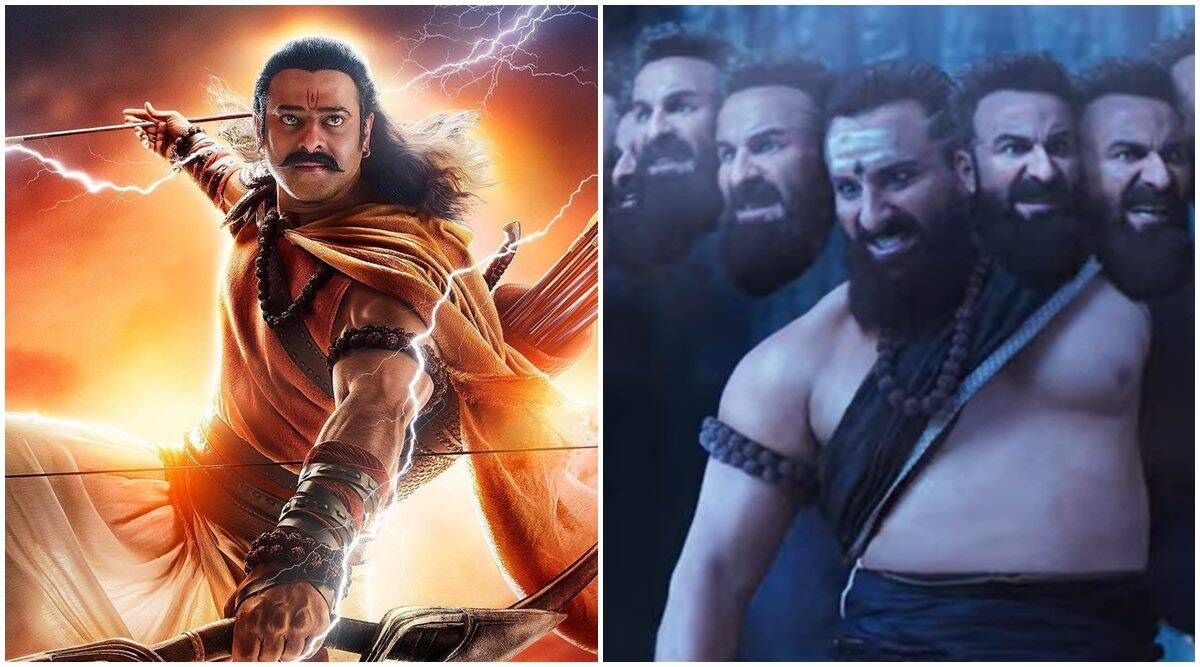 Prabhas’s first teaser of Adipurush got released on Sunday evening. Netizens were excited about the Adipurush teaser, and as the first look of Prabhas as Rama was released, their expectations skyrocketed. However, the teaser of the film Adipurush has disappointed the audience. From getting called out for the poor VFX to being put forth as a kids’ movie, Prabhas’s Adipurush seems to have left fans underwhelmed. And looks like the fans aren’t too happy with the casting either, since a lot of people have taken to social media to call the film and its actors a total miscast.

Om Raut is all set to bring the magnum opus Adipurush which will see Prabhas and Saif Ali Khan as Lord Ram and Lankesh. The film will show the victory of good over evil.

A user on Twitter commented on Saif Ali Khan’s look, “Ravana’s military cut, spikes and beard shape.” The user added a crying emoji to his comment.

Another user said I was wrong about #Adipurush, we can’t do justice to stories like #Ramayana & #Mahabharata unless we have a budget of 1000+ crores. #Adipurush looks promising but I am #disappointed with the VFX & CGI. Instead of Prabhas’s hefty fees, makers could have invested that money in VFX. A thread on Reddit shared, “Kriti Sanon has such a modern face, who can take her seriously as Sita? Absolute miscast,” and a lot of people agreed to chime in with it.

One user wrote, “Wow, this is Johnny Dushman’s level of CGI.” While one wrote, “Temple run Rs 700 crore.” The user described it as frustrating.

On the occasion of Gandhi Jayanti, the team of Adipurush launched the first official teaser on the birthplace of Lord Rama, Ayodhya, Uttar Pradesh.