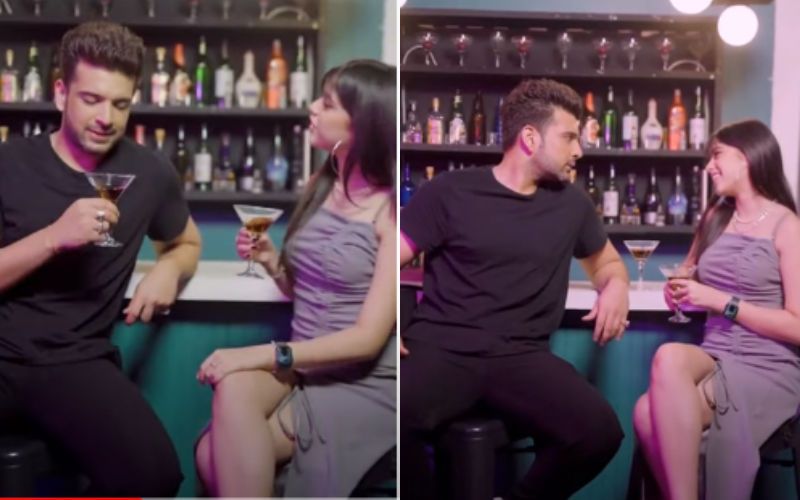 Actor Karan Kundrra, who often makes headlines for his relationship with Tejasswi Prakash has created a huge buzz on the internet, but for the wrong reasons.

Short YouTube videos, music videos, and now reels are the type of content that’s extensively consumed these days. Hence, various celebs and blue-tick personalities have been collaborating with each other to make their videos trend online. 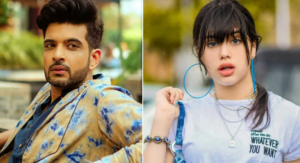 Those who have seen the movie Uri must remember the child artist recreating the scene of the late Colonel MN Rai’s funeral, where his daughter shrieked an old Gorkha war cry to pay respect to her martyred father. Riva, who has appeared in films like Gunjan Saxena among a number of others, featured in a Reel alongside Kundra, where she is shown cheating on the character of her boyfriend with Kundrra’s character. It shows her interacting with the boyfriend character while simultaneously texting Kundrra’s character, and then shifts to her having drinks with the latter at a bar.

The romantic content of the Reel, coupled with the fact that a minor was enacting it with fully-grown adults, did not go down well. The video went viral on many social media platforms. The Reel seems to have since been removed from Riva’s Instagram page where it had been posted earlier.

Ever since their video went viral, people have been criticizing the 38-year-old actor for working with a minor. The entire video is problematic in more ways than one. For a 12-year-old to sit in the setup of a bar, with a drink in hand and a guy who is WAY older than her – what was the person who came up with this idea for the video thinking? 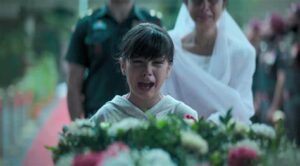 A twitter user said, “Riva Arora is a minor who is being sexualised. It is disgusting public pedophilia which is being accepted and enjoyed while her parents are thrusting her into it.

She was made to act opposite Karan Kundrra who is 38 years old in a romantic act. Didn’t the makers know her age?”

“Yikes, Karan Kundrra is 38 years old and other actors also look more than 20 years old. Riva Arora(the child actor from URI) is just 12 years old. This video is posted on her Instagram. Her parents are also part of this,” another tweeted.

Some also slammed her parents for pushing her into this profession and called them ‘desperate’ for fame and money. Concerns were raised not only about the comments and content but also about the possibility of Riva’s parents using hormone therapy or steroids to make her ‘appear as an adult’.