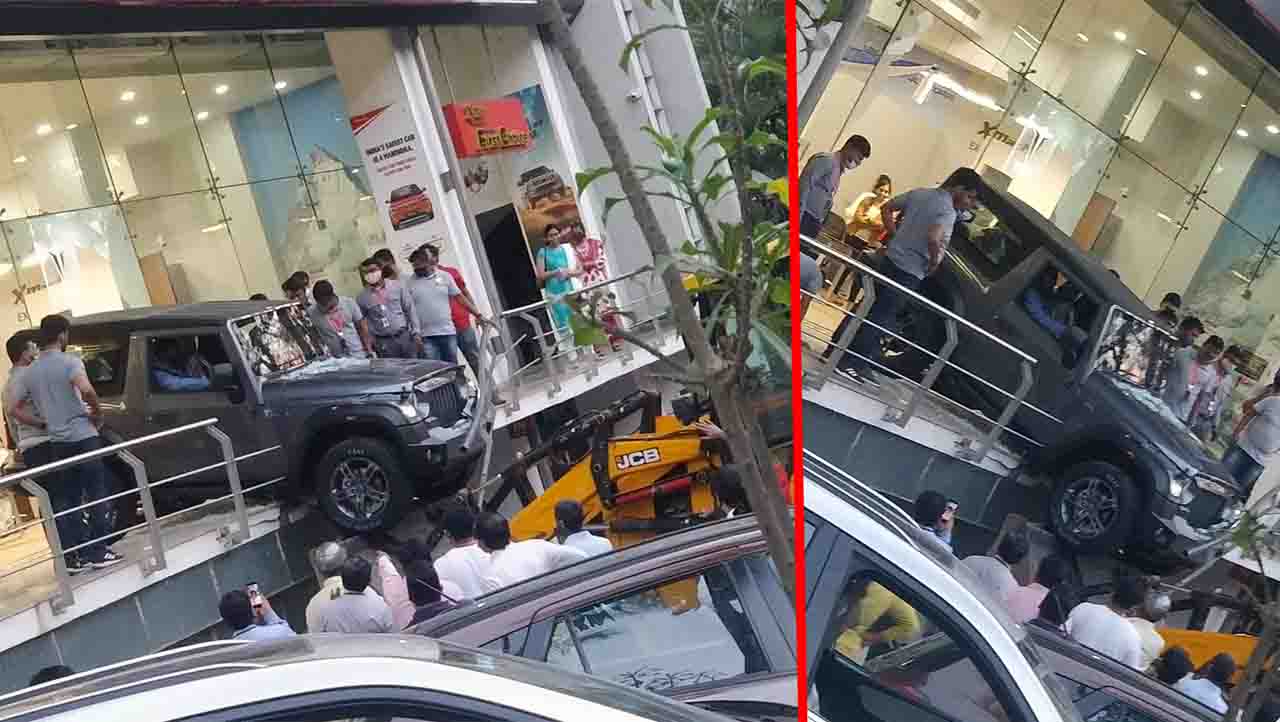 A brand new Mahindra Thar which was put on display in a showroom tore through its display glass. The Thar crashed into the safety railings and came dangerously close to the stairway. There were no injuries reported.

On Wednesday, the accident occurred in a Mahindra showroom on Palace Road in central Bengaluru. There are no clear reports on how the accident took place. According to eyewitness reports, the Thar may have crashed through the glass facade after a salesman must have switched the ignition on. Furthermore, the said salesman must have left it on as he was explaining the car’s features to a prospective customer.

Although the ignition may have been left turned on, the salesman may have forgotten to pull the handbrake. The car began to roll, shattering the showroom’s glass facade and colliding with the handrail outside.

The event took place so quickly that the salesman did not have the time to register the accident and was shocked when it crashed. The people present in the showroom quickly gathered around the car and caused a commotion. A crane was later bought in to retrieve the car and soon the situation was back to normal.

The authorities in the city have not received any complaints regarding the incident and no case was registered as well. KM Shantharaju, Deputy Commissioner of Police (Traffic, East), confirmed that the car did not roll into the road and that no complaints had been received.

In this article:accident, bengaluru news, thar