We all know how our film industry has taken ‘inspirations’ from various Hollywood posters and movies. But what if we tell you that a Reddit user figured out that Shang Chi, a Hollywood movie, blatantly copied a scene from Bajirao Mastani? Sounds unbelievable right? Well, it is true!

recently found this …. this scene from Shang Chi was exact replica of Bajirao Mastani ??? Thoughts from BollyBlindsNGossip

A user who goes by the name OnlyPhilosopher5479 found the scene between both the movies to be extremely uncanny. Moreover, he shared a clip that shows the frame-by-frame comparisons of both the movies. 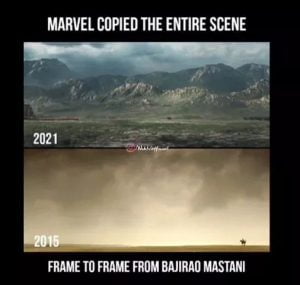 At the beginning of the clip, one can see a zoomed out shot of both the lead characters, Shang Chi and Bajirao, on their horses. The main characters were seen preparing for a battle in one shot, then moving toward their enemies in the next. Both the characters use the same movements to defend themselves from the enemy attack. 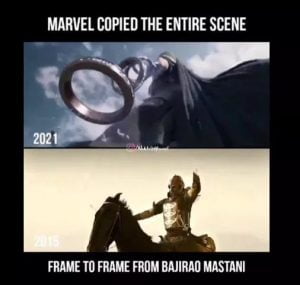 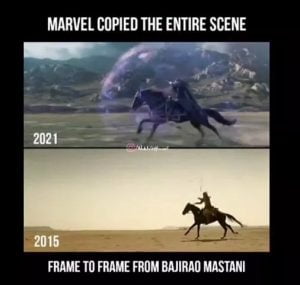 Tell us what you think of this in the comment section!