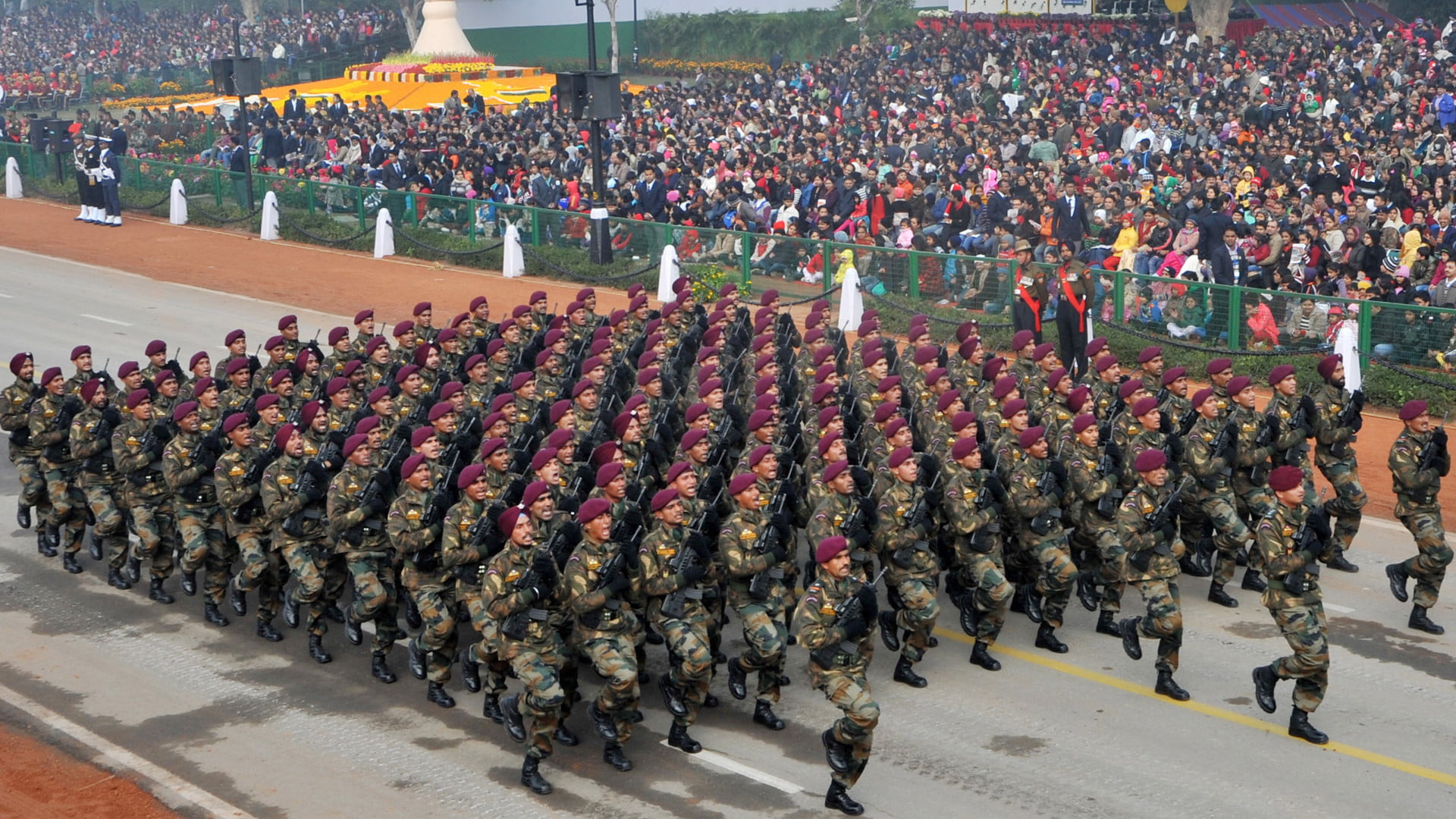 In view of preventing the spread of Covid-19, the Government of India has decided to cut down on the Republic Day celebrations taking place in the country’s capital.

As India is set to mark its 72nd Republic Day with its annual parade at Rajpath in New Delhi, this year things are going to take a different turn, even though the rolling out of vaccines for Covid-19 has begun, the virus still continues to infect thousands every day. The Republic Day celebration comes days before completing one year on its first case of Coronavirus.

Senior government officials informed ThePrint, the 2021 Republic Day parade will be a low-key affair of 25,000 spectators instead of the usual 1.15 lakh. Social distancing will be maintained at all times for all activities, and keeping in mind the measure of less movement, this year’s parade distance has been cut short from 8.5 km to 3.5 km, at an approximate difference of 5 km. It will  begin from Vijay Chowk but will conclude at the National Stadium instead of the Red Fort.

Some changes brought about in light of the pandemic is that no child aged below the years of 15 will be allowed, and there will be no standing spectators. The standard layered stands that would be used for the seating of the audience during the parade and the Beating the Retreat ceremony held on 29th January will be skipped as well. The officials said that chairs will be placed at three different wooden elevated platforms, at heights of three, five and ten inches. At the venue, a suitable amount of rows will be placed height-wise, to ensure physical distancing.

Other measures being taken are thorough sanitisation process of the premises, and thermal screening at all entry points. The podium will also be sprayed with anti-bacterial coating. Hand sanitisers, gloves, and masks will be available at all the gates.

In case anyone is detected with the symptoms pointing towards having Covid-19, they will be treated by a doctor, and a paramedics team who will be stationed at eight of the resting/ isolation booths set up here.

Last year the parade consisted of 22 tableaux this year, at the parade there will be 26 tableaux from nine central departments and ministries, and 17 Union Territories, and states.

The sources informed ThePrint, that this year there will be a special two tableaux, from which one will be from the Ministry of Culture heralding the “75 years of Independence” celebrations, as India will be comp;eting 75 years of Independence in 2022. The second one will be by the Union Information & Broadcasting Ministry on “New India” – a catchphrase of the current government of India. Under the defence ministry, there is an expert committee who selects the tableaux from various applications.

As a mark of a special gesture, a band from Bangladesh’s armed forces will also partake to commemorate the parade’s 50th anniversary of the Bangladesh Liberation War of 1971. There are 23 bands scheduled to play 24 musical tunes, from which 18 are from the Army, three from the Central Armed Police Forces, and one from the IAF, and Navy each.

Apart from all the inclusive members, there will still be a spot empty this year, in the absence of a foreign dignitary as the chief guest. While the government invited the Prime Minister of the United Kingdom, Boris Johnson, for India’s Republic Day, the UK Prime Minister dropped out on Tuesday from his visit, in view of the new Coronavirus strain found in the UK.

For the first time since 1966, after 55 years, India will not be seeing a chief guest at the Republic Day parade, reported the Indian Express. The British Prime Minister called up Prime Minister Narendra Modi on Tuesday, and expressed his “regret” on his cancellation of the international visit. This decision was taken as his country experiences a new national lockdown at a time where the mutant virus has proven to be more dangerous, than the original virus.

It will also be difficult for India to invite any other foreign leader at this time, as countries are gradually reporting fresh cases of the new strain. It would also be ethically, and diplomatically wrong of India to call someone else, after a foreign Minister dropped out.

The Republic Day Parade is led by the President of India at Rajpath in New Delhi, showcasing the country’s elaborate, and rich heritage and military powers. It begins first by the 21 Gun salute, unfurling of the Country’s flag, singing of the National Anthem, followed by march past and other activities prepared.