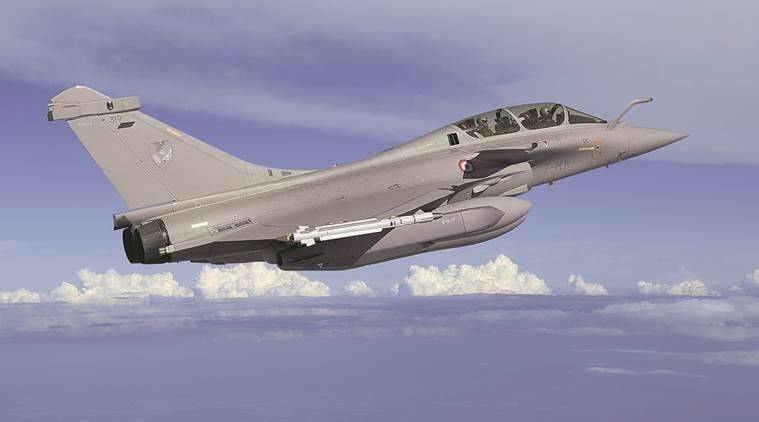 Yesterday, on 27th July, the first batch of Rafale aircrafts flew out of France and will arrive in India on Wednesday, 29th July. The jets will then be officially inducted to the Indian Air Force and will join the fleet in Ambala, Haryana. The fighter jets flew from Merignac Airbase in southern France and landed at Al Dhafra airbase in UAE after a flight of 7 hours. These are the first 5 of the 36 aircrafts bought by India from France in a Rs 59,000 crore inter-governmental deal in 2016. The aircrafts will cover a total distance of 7,000 km from France to India with a single stop at French airbase in UAE.

Ever since the deal was signed, Rafale was has been in news for one or the other reason. Here is a timeline of all the events that led to the induction of the flights to IAF.

August 2007 – The Ministry of Defence under the UPA government released tenders for 126 MMRCA (Medium Multi Role Combat Aircraft), as per the demands of the IAF.

May 2011 – Rafale and Eurofighter jets are shortlisted by the IAF.

January 2012 – Dassault Aviation, a company from France made the lowest bids for their jets Rafale. The conditions dictated that out of the 126 jets required, 18 would be imported in a fly- away condition and Hindustan Aeronautics Limited (HAL) would be manufacturing the remaining 108 aircrafts with Dassault’s aide.

March 2014 – Dassault and HAL signed a workshare agreement and negotiations were carried out over pricing, weapon systems, technology, maintenance and customisation.

August 2014 – Arun Jaitley who was the defence minister then had told the parliament that 18 fly away flights were expected to be delivered in the 3-4 years after the signing of the contract and the remaining in the 7 years after that.

However, the deal was not finalised under UPA. The Congress claimed that the deal was negotiated at the price of Rs 526.1 crores per aircraft, but it was unknown if Dassault agreed to these terms as the deal did not go through.

April 2015 – PM Modi travelled to Paris and announced the new deal to buy 36 Rafale jets in fly away condition instead of acquiring the technology to manufacture 126 flights in India as discussed earlier due to price issues. However, Dassault and its main partners agree to share some technology with DRDO and HAL under offset clauses.

The Congress accused the government of being non transparent about a multibillion dollar deal and called it the biggest failure of the NDA government’s Make In India programme.

January 2016 – When French President Francois Hollande visited India on the occasion of Republic Day, a MoU was signed between the two countries in respect to the Rafale deal.

September 2016 – Inter governmental agreement was signed and the final deal was priced at Rs 59,000 crores for 36 jets and delivery was expected to start from September 2018.

October 2016 – Anil Ambani makes an official entry in the picture as he announces a joint venture between his Reliance Defence and Dassault Aviation. As per the contract, Dassault had to make compensation investments worth 50% of the value of the purchase in India.

November 2016 – Government declares in parliament the cost of each Rafale jet to be approx. Rs 670 crores and all of them will be delivered by April 2022. Congress alleged that the price quoted by the government is three times more than the earlier negotitation they had done in 2012.

December 2016 – Dassault’s Annual Report says that the actual price paid for the 36 fighter jets was approx. Rs 60,000 crores, double than the government’s declaration in the parliament.

In 2018, in an interview with a French publication, France President Hollande revealed that the name of the Indian offset partner in the deal was given by the Indian side and he had no choice. This built up the controversy and MoD stated that both the governments weren’t involved in the commercial decisions of the deal. Dassault issued a statement that it was their decision to sign Reliance Defence Ltd.

March 2018 – PIL was filed in Supreme Court seeking independent probe into Central government’s decision about the purchase of the 36 jets and the disclosure of cost of the deal in the Parliament.

October 2018 – After hearing 4 fresh PILs filed by Prashanth Bhushan, ML Sharma, Yashwant Sinha and Arun Shourie and Sanjay Singh, seeking the SC to direct Centre to file in “sealed cover” the details of the Rafale deal, the SC asked the Centre to do the same.

Earlier, when the opposition had demanded the government to reveal the details, the government had rejected saying that the disclosure is covered under the secrecy clause of the deal. It was during this time that the Congress started attacking BJP with the “chowkidar chor hai” slogan.

November 2018 – The verdict of the case was reserved in the case by the bench headed by then CJI Ranjan Gogoi. The SC had said that the pricing of the deal can only be discussed after the court decides if it should be public or not and asked a series of questions to the Centre.

December 2018 – The SC (bench leaded by Gogoi) ruled that it found nothing wrong with the Rafale deal and there was no occasion to doubt the decision making process of Modi government. The apex court dismissed all the PILs seeking direction to the CBI probe into the Rafale deal. It also said that it was not the job of the SC to examine the prices of Rafale jets.

July 2019 – IAF pilots flew Rafale jets in France as a part of tactical exercises between the two countries.

October 2019 – On a 3 day visit to France, Defence Minister Rajnath Singh received the first Rafale aircraft. Singh performed a ‘Shastra Puja’ as a part of the Dasara festival tradition and takes a sortie in the fighter jet.

November 2019 – Centre confirms that it has received 3 Rafale aircrafts from Dassault Aviation.

July 2020 – The IAF is all set for the induction of Rafale flights to Indian airbase.