800 REASONS FOR SUCCESS AND 800 MORE FOR CONTROVERSIES! 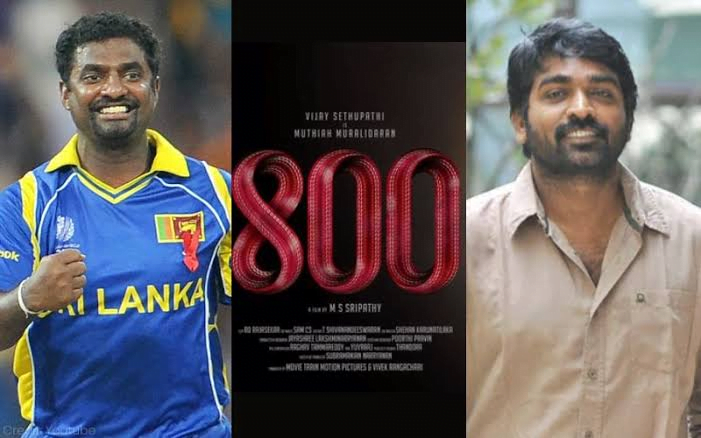 Films have been an integral part of Indian society for decades. Several film industries recognized as #Bollywood, #Kollywood, #Sandalwood and the like have actively served movies and films catering to different psychological and ideological needs of the audience.

The Indian film industry as a whole embraced several trends so as to match the mood of the society. The 21st century has especially seen drastic changes in the representation of cinema, and the trend of sport biopics is one of the crowd favourites.

Films such as Bhaag Milkha Bhaag and Mary Kom have been huge box office successes in the Bollywood industry; so much so that cinema enthusiasts eagerly wait for the release of such movies. Movies such as the Kathir starrer #Jada and the Arun Vijay’s #Boxer have been quite effective in pulling the crowd, in the Kollywood scenario.

Such a crowd puller trend welcomed the announcement of a new movie on 8th of October 2020. This movie appropriately named #800, was all set to tribute the retired Sri Lankan cricketer #MuttiahMuralitharan. The title signifies the number of test wickets that he has taken throughout his career.

Vijay, famously known as #MakkalSelvan by his fans has acted in more than 30 films. Throughout his career, he has acted in movies such as Pudhupettai, Naan Mahan Alla and Thenmerku Paruvakaatru in the earlier days of his career. His recent releases such as Oru Nalla Naal Paathu Solren and Ka Pae Ranasingam have made his fans quite hyped up. Through #800, his fans were all excited to witness his new sportsman ‘avatar’. Alas! Much to the despair of the fans of both the actor and the cricketer, Vijay has decided to opt out of the film.

Yesterday, the Tamil star #VijaySethupathi opted out of the film adhering to the controversies. He was cast as the lead actor and was all set to play the cricketer’s role, celebrating and paying tribute to his career.

All this began when netizens pointed out Muttaiah’s comment about the civil war of Sri Lanka, where he expressed that May 2009 was the greatest day of his life. Internet users believe that this statement endorses his support towards the LTTE activities and that he supports their views and actions regarding the deaths of innocent lives. Reacting to this, the cricketer has clarified that he never intended to offend any community and that he was only expressing that he was glad the civil war had finally ended. “He should not suffer any unnecessary obstacles in his career as an artist in future. Therefore I request him to move away”, he tweeted.

Muttaiah took to Twitter as he requested the actor to move away from the film, as the announcement of the film has faced quite the backlash from the citizens of Tamil Nadu. The film is opined to be endorsing the cricketer’s support towards the LTTE fiasco in the state of Tamil Nadu. During its 26 years if civil war, the governments of Sri Lanka and Tamil Nadu have been in quite a pickle.

Many sections of the society have expressed sheer disappointment with the announcement of the film, when its poster was released on the 13th of October 2020.Muttaiah said that he is aware of the criticism Vijay is facing and does not hope for the actor’s career to be destroyed by choosing to stay with the film.

He went on to express that his career has seen a lot of ups and downs and that his life has involved quite a few controversies. He wishes that these aspects of his life are not glorified in the movie. However, he opines that nobody’s career needs to be affected through the process of this film’s making.

Following this, the actor has issued a statement announcing his departure from the film, with a simple Thank you and Goodbye message atop.

Further speculations about the film’s what and whereabouts are yet to be announced.

EVERYTHING YOU NEED TO KNOW ABOUT THE ASSAM MIZORAM BORDER DISPUTE

COVID-19: A BONUS FOR OTT MEDIA