7 Political Developments that Caused Controversies in 2020 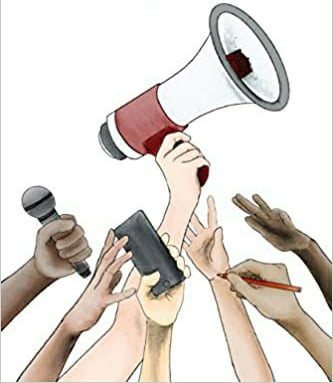 2020 has been a year of unprecedented times for many. Apart from the influx of the Coronavirus, India has seen a number of political developments that caused controversies and faced dissent. Let’s have a look at 7 such instances of 2020 before we enter into the New Year.

These riots look place on the same day as Donald Trump’s visit to India. Protesters for and against the citizenship law clashed in Delhi, killing 53 people and injuring over 200. Protesters pelted stones, set vehicles and shops on fire. Streets in the nation’s capital turned into war zones, leading to the deployment of security personnel to ban large gatherings in affected areas. These security personnel responded with lathicharge and tear gas shelling. Soon after this incident, the political blame game began with Sonia Gandhi demanding the resignation of Home Minister, Amit Shah, who controls the Delhi police. Sadly, the attention soon shifted from the root cause of the riots and its implications to one party blaming the other.

Kangana Ranaut and the Government of Maharashtra

Kangana Ranaut locked horns with the Maharashtra Government by making a controvercial comment about the Mumbai police. Her comment was regarding her distrust in the Mumbai Police with respect to the unfortunate demise of actor Sushant Singh Rajput. Things turned ugly when Ranaut compared Mumbai with Pakistan-occupied Kashmir (PoK). A number of political parties slammed Ranaut, but BJP stood by her as Shiv Sena led BMC demolished parts of her Mumbai office. As you may recall, the Centre also provided the actor with Y+ security.

Ram Mandir and the pandemic

On August 5, the first anniversary of the revocation of special status granted to Jammu and Kashmir, PM Narendra Modi laid the foundation for the construction of a Ram Mandir. PM Modi said this was an emotional moment for the country and majority news channels and newspapers covered the event extensively, not paying heed to the situation in Jammu and Kashmir and the fact that areas still don’t have access to basic internet facilities. Apart from this, the event also faced criticism; with NCP chief and former Union minister Sharad Pawar slamming the event by questioning why it was scheduled in the peak of the pandemic. With the Tablighi Jamaat event facing backlash for congregating in the wake of the pandemic, this move seemed ironic.

The Cremation of the Hathras Victim

September saw the heinous crime committed by four upper class men in Hathras. The situation escalated when the UP police “unceremoniously” cremated the victim of the rape in the wee hours of the morning, at around 3 am without the consent of the family. The UP police did not allow media personnel and opposition party leaders entry into the area. Videos of the aggrieved family surfaced online and a number of politicians paid them visits, which could also be considered a political move. This came after the dramatic episode of Priyanka Gandhi and Rahul Gandhi meeting the family of the victim in their second attempt.

Palghar reported a horrific case of mob lynching in April, where three people, including two Sadhus, were attacked and killed after rumors that they were kidnapping children to harvest organs. The incident pitted former Maharashtra allies, BJP and Shiv Sena against each other at a time when the nation was fighting the COVID-19 pandemic. First the BJP attacked the Sena over the Palghar killing, then the Sena hit back and said the incident was an attempt to malign Maharashtra’s image and it was “inhuman” to give it a communal color. Opposition came down heavily on Shiv Sena for the way the case was handled.

Migrant workers across the country faced a host of hardships due to the coronavirus lockdown. The major Opposition parties questioned the Centre’s “poor” handling of the pandemic and sought compensation for the migrant workers who died during the lockdown. To restore its image the BJP soon took various measures to help migrants and later arranged transport for them. Congress also raised the migrant crisis issue, speaking on the crisis of lakhs of migrants forced to walk to their hometowns after losing their homes and jobs during the lockdown, Mr. Gandhi said: “He says he bows before mazdoors (labourers) but when they really need him, he does nothing. You kept walking, thirsty and hungry, for thousands of kms, but Modi-ji did not give you trains. The (government) said you die, I don’t care.”

In September 2020, both the houses of parliament passed the farm bills amid protests by the opposition parties and a longtime ally of the ruling party. Opposition legislators raised slogans and tore documents before bills were passed by a voice vote. While the government said the law will make it easier for the farmers to sell their produce directly to big buyers, the Opposition slashed the bills and called them “anti-farmer” and “pro-corporate”. On September 24, the controversial bills got the President’s assent and they became laws. In recent time, farmers across the country have been protesting these laws and have been called for talks with the government on December 30.

If you can think of some more controversial political developments that took place in 2020, mention them in the comments below.

India and the UK’s Mutation of the Coronavirus