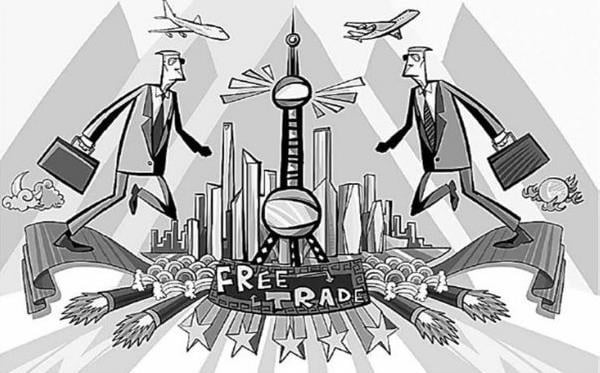 Thirty years ago, on 24 July, 1991 India woke up to liberalization of trade and industry. After India had run out of money it was the then Prime Minister of India, P.V. Narasimha Rao under whom the reforms were ushered. Same year in June the P.M had chosen Dr. Manmohan Singh to be his Finance Minister. The first ever budget of Minister Manmohan Singh is regarded to be historic as it helped India stave off a major economic crisis.

“The economic liberalization process in 1991 was triggered by an economic crisis that confronted our nation then, but it was not limited to crisis management. The edifice of India’s economic reforms was built on the desire to prosper, the belief in our capabilities, and the confidence to relinquish control of the economy by the government,” said the former Prime Minister Dr. Manmohan Singh in his statement on the occasion of the 30th anniversary of economic liberalization.

Owing to the fact that over the last three decades, with every successive governments following the liberalization reforms India’s economy has paved a new path. Today counted into the league of the world’s largest economies, let’s look into what led to the crisis and how India weathered it.

After the formation of planning commission in 1950, the planning process was inclined towards strengthening of public sector as a means to achieve growth and development in the country. Administrative controls were set up over industries by the introduction of quota-license- inspector raj. In the same year because of license raj system India ran into continuous trade deficit. The private savings were a mode of catering the public sector investment and consumption. In 1970s the government raised the income tax to high levels. Between 1974-75 wealth tax was increased whereas the personal tax was decreased.

According to Mint, fiscal policy was already pretty loose going into the summer of 1979, when India suffered the worst drought since Independence and the global oil shock (caused by the Islamic Revolution in Iran). The severe drought and the global oil shock of 1979 came in this backdrop of fiscal irresponsibility, rapid monetary expansion and political instability (the Janata government had split and was on its way out by then). While agricultural and food grain production fell by a sixth, terms of trade due to the oil price spike and the current account deficit deteriorated from 4% (1978-79) of exports to 31% (1981-82). To help finance increase in investments especially in developing the energy sector, exports, growth and savings, the government was forced to approach the International Monetary Fund in 1980.

Later in the phase of 1980-90 the self- perpetuating process of deficit caused inflation which further induced deficit. The deficit leads to the increase in money supply which further leads to increase in price levels. Due to rise in price the government expenditure increases faster than the receipts, hence this increases the deficit. This imbalance affected the foreign sector resulting in Balance of payments (BOP) crisis in 1991.

The situation aggravated by the rise in oil price due to Iraq’s invasion of Kuwait (first Gulf war). Not just this war but also the collapse of USSR played an instrumental role. The Gulf war resulted in increase crude prices which increased our imports bill. And the fall of the USSR resulted in fall in exports, as those days Exports to Eastern Europe accounted for about 20% of India’s total exports.

Measures taken to alleviate the crisis

To combat the crisis, the government took various monetary, fiscal, finance, trade and industrial measures. After moving ahead of the past policies, words like Liberalization, Privatization and Globalization struck within the reforms that took place post crisis.

To increase the competition between firms in the domestic market licensing raj saw an end. Companies were freed from quantitative restrictions. This was done to make sure there were adequate incentives for raising productivity, improving efficiency and reducing costs.

The government along with the Reserve Bank of India (RBI) undertook devaluation of the rupee with the aim of making Indian exports more competitive. Devaluation of currency led to increase in export and increase in inflow of foreign currency. As one of the immediate measures, it included taking condition less loan from the IMF and borrowing money from banks of US and Switzerland against Gold reserves. The State Bank of India sold 20tonnes of gold to the Union Bank of Switzerland to raise around $200 million.

To balance the deficit the economy was opened for private markets, foreign investments and trade. Import of plant and machinery as well as consumer goods were made easier. To boost exports the government did away with export subsidies. Provisions in Monopolies and Restrictive Trade Practices Act (MRTP) were relaxed for easier entry and restructuring of businesses. National security sector was restricted under public sector monopoly. The Securities and Exchange Board of India (SEBI) became the sole markets regulator. The government then decided to remove its direct control over capital markets. Income tax rate came down over the years to 30% and slabs to three.

Hence, The year of 1991 is considered for being historic. Significant changes brought through the budget saved India from its biggest economic crisis. Since then India has seen rapid transformation.

Dr. Manmohan Singh in his statement added that nearly 300 million fellow Indians have been lifted out of poverty in this period and hundreds of millions of new jobs have been provided in many sectors. He also raised concerns about the loss of million Indians caused by Covid- 19 pandemic and said that it is not a time to rejoice and exult but to introspect and ponder. The road ahead is even more daunting than during the 1991 crisis.

As Finance Minister in 1991, Dr. Manmohan Singh had ended his budget by quoting Victor Hugo, “no power on Earth can stop an idea whose time has come”. 30 years later he says that as a nation we must remember Robert Frost’s poem, “But I have promises to keep, and miles to go before I sleep.”

Gold loans to Survive The Pandemic.