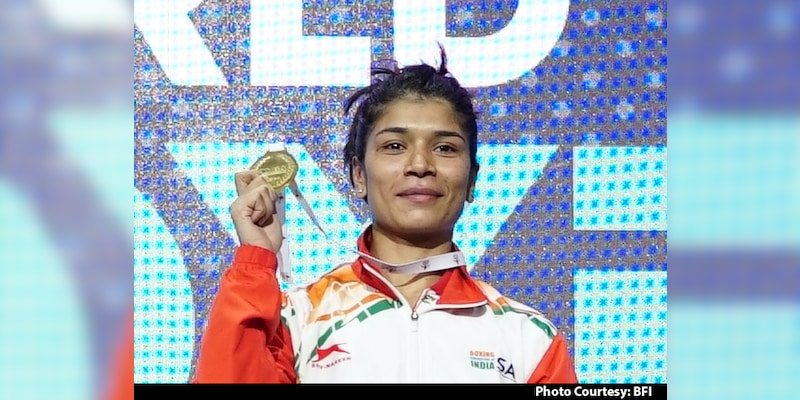 On Thursday India witnessed an amazing victory in the field of sports.

India’s Nikhat Zareen has won the Women’s World Boxing Championships in Turkey, becoming only the fifth Indian woman to be crowned world champion.

The boxer beat Thailand’s Jitpong Jutamas 5-0 in the flyweight division of the championship on Thursday.

Nikhat got off to a fast start, landing several powerful punches in the first three minutes against Jutamas, who came into the bout having defeated Kazakhstan’s Zhaina Shekerbekova, a three-time World Championship medalist.

Who is Zarine Nikhat? What are the struggles she faced on the way to achieving this victory?

Let us understand in this article. 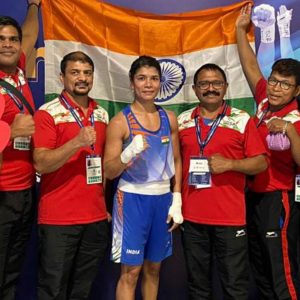 Who is Zarine Nikhat?: Early life

Nikhat was born in the Indian city of Nizamabad, Telangana. She finished her schooling at Nirmala Hrudaya Girls High School situated in Nizamabad. She pursued her graduation from AV college of Hyderabad with a B.A.

Her father Mohammed Jamil Ahmed introduced her to boxing.

Her father himself was a former football and cricket player, thus he wanted his four daughters to pick up some sport.

Seeing her interest and aptitude her father sent her to the Sports Authority of India (SAI), Vishakhapatnam in the year 2009. Where she was trained by Dronacharya awardee I. V Rao.

In the Year 2010, she won her first major award- ‘golden best boxer’ by Erode Nationals. 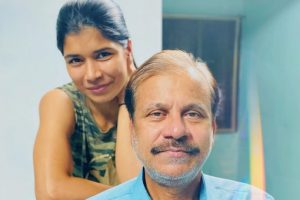 In early 2019 Nikhat came into the public eye when she challenged the automatic selection of Mary Kom for the World Championships 2019.

According to her “no boxer, whether a rookie or a superstar, should be chosen without first going through a trial.”

This motion by her was disqualified as she (Mary Kom) had been already been selected and completed all the formalities.

But she had a chance to compete with Mary Kom, where Mary Kom defeated her 9-1.

This fight was heavily covered by the media. 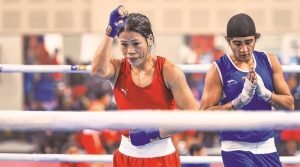 1) She gained fame in 2011 when she won the World Junior Boxing Championships in the weight division of 50 kg.

4) In 2019 at the Strandja Memorial she was awarded gold.

What are the struggles she faced on the way to achieving this victory?

The route was not easy for her.

She always lived in the shadow of greats like Mary Kom and her fight with her just depreciated her morale even further she also had to compete with them for a spot in the team which she only got in 2018.

With mental pressure she also had to face physical injuries- A shoulder injury didn’t help and she missed a full year in 2017.

She and her family also had to face backlash from the Muslim community as this was a sport requiring girls to wear shorts and training shirts, which was not very welcome in the community.

And now a new challenge awaits her as she is planning to move into a higher category weight of 54 kgs she will need tons of training again to improve the speed and power of her punches.

As she is putting on weight she will have to work on her stamina too.

The struggles she has been through and the results that she has achieved are a source of inspiration to all Muslim girls in India to take up boxing.

Her parents also sacrificed a lot for her boxing carrier her father not only was a constant support and motivator throughout her journey he also left his secure job in Saudi Arabia and came back to India to help Nikhat with her training.

These sacrifices are also an inspiration for parents who want to send their children into sports.

For them, parents like Mohammed Jamil Ahmed are a ray of hope.

Credits:- The Indian Express and Republic