Everyone and every sector of the world economy are affected by the war in Ukraine.

There has been a global slump due to the disruption of the supply chain.

Everything from Crude Oil to agricultural produces like Wheat has seen an increase in prices in various countries due to these disruptions. India is no exception to this circumstance

After the war hampered logistics in the Black Sea region, which accounts for about a quarter of all wheat trade, India has tried to fill the vacuum.

Now the Indian leadership is at a crossroads. The growing food security threat is set to push Prime Minister Narendra Modi into a conundrum: continue sending wheat to countries hit by dwindling supplies from the war in Ukraine or stockpile food at home to fend off high inflation. 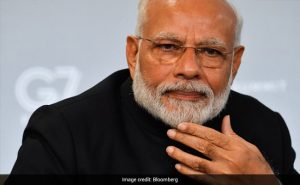 The Indian agricultural system is dependent on good rainfall and suitable climatic conditions for the crops to flourish.

Meanwhile, India and the whole South-East Asia region have experienced the history’s most devasting heat waves with temperatures in many regions, especially in the Indian subcontinent going past 45 degrees for days on end.

Reducing the yields of various regions. Considering this factor various countries in the region have been limiting imports to maintain domestic supply and control domestic inflation.

Even in such glaring conditions, the Indian Food Ministry said “it sees no case yet for controlling wheat exports.” Even though Prime Minister Narendra Modi faces frustration on home soil about record-high inflation, one issue that brought down the previous government and paved the way for his ascension to power. The government is now more focused on portraying the Prime Minister as a dependable world leader in the face of global crisis.

India did the same, by supplying vaccines to various countries through its policy of “Vaccine Diplomacy.” This surely help Indian leadership appear as a dependable figure that helped the world through the crisis.

This also helped India become a major global player, thus helping it slowly achieve at least some of its geopolitical ambitions.

Thus the government wants to achieve the same with “Wheat diplomacy.”

This objective was very clear in the Prime Minister’s speech to the Indian Diaspora in Germany where he says “At a time when the world is facing a shortage of wheat, the farmers of India have stepped forward to feed the world,” “Whenever humanity is faced with a crisis, India comes up with a solution.”

Also, actions like becoming a permanent exporter of wheat to countries with very high demand like Egypt and Piyush Goyal’s revelation of this interesting stats that shows that India has already doubled its wheat exports from 7.2 million in 2021-22 to around 15 million this year, while Indian officials continue to push WTO to relax rules so that India can export from state reserves, have made the intentions of the government very clear. 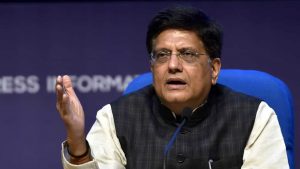 Is this the right move when, hundreds of acres of wheat crops were damaged during India’s hottest March on record, causing yields to potentially slump by as much as 50% in some pockets of the country?

Only time can tell.