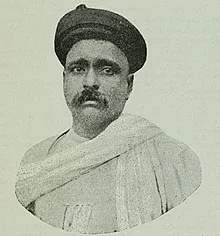 Today, on 23rd July, we celebrate the 164th Birth anniversary of Lokamanaya Bal Gangadhar Tilak. Born in Ratnagiri of Maharashtra, Tilak was a prominent social reformer, lawyer, journalist, teacher and a nationalist. He was one of the pioneers of the Indian freedom movement and his famous slogan “Swarajya is my birthright and I shall have it” is remembered even today by most Indians. He was a prominent member of the Indian National Congress and later found the Indian Home league with Annie Bessant and Mohammad Ali Jinnah.

Here are 10 lesser known facts about the revolutionary.

Tilak was one among the first generation of students who earned a matriculation for their education. He graduated with a BA degree in Mathematics from Deccan College in Pune, in 1877 and graduated from Government Law college with a law degree, LLB in 1879. He couldn’t become a postgraduate in the subject as he failed at two attempts.

Tilak was a teacher at a private school in Pune where he taught English and Mathematics. He left the job at school owing to ideological differences with his colleagues. Later, in 1884, he founded the Deccan Education Society in 1884 where he wanted to educate people in English language as he and his associates believed that the language was a powerful and necessary force for democratic, liberal ideals. He was also the founder of Fergusson College in 1885.

Started Kesari and other newspapers

Kesari (translates to ‘Lion’), was a famous Marathi newspaper he started to bring about a change among the youth and criticize the British rulers. He also criticized the moderates for their methods of social reforms as he thought that social reform movement would divert the masses from the independence movement’s struggle. He also started the ‘The Mahratta’ in English to speak about his ideologies.

The celebration of Ganesh Chaturthi and Shivaji Jayanthi

We are all now aware of the famous Ganesh Chaturthi processions and celebrations in Maharashtra. Before 1893, people just celebrated the festival in their homes. But during this period Tilak noticed that people had to unite for the purposes of independence, and nothing could bring them together like God. Lord Ganesh was worshipped by all the Hindus, Brahmins and non-Brahmins alike. Hence, he encouraged people to celebrate it as a public festival. He also started the practice of celebrating Shivaji Jayanthi in 1895.

In 1907, Tilak was sent to prison by the British government on charges of sedition and incitement of terrorism. He was given a 6-year prison sentence and was sent to the Mandalay jail (which is now in Burma). While in prison Tilak wrote Srimad Bhagavadgitha Rahasya which was his new description of the scared Hindu book Bhagavadgitha. He said that the Githa taught the ideal of renunciation and selfless service to humanity.

Wrote a book on Vedas

Tilak had written a book called ‘The Arctic Home in the Vedas’, to represent the origin of Aryans. He was also one of the first ones to find the origin of the Vedas. In the book, he said that Vedas were first composed in the Arctic region. He also believed that the Mount Meru, which is described in Mahabharata was located in the North Pole.

Had one of the largest funerals

Tilak breathed his last on 1st August 1920, when he was 64 years old. His life had influenced so many young minds and impacted the lives of so many people. His funeral was arranged at Chowpatty in Mumbai and it was attended by more than 2 lakh people. It was the largest funeral in the Indian history. Mahatma Gandhi also attended the funeral, and, in his tribute, he described Tilak as “The Maker of Modern India”.

A coin was released on 150th Birth anniversary

Indian government released a Rupees 5 coin to honor Bal Gangadhar Tilak on 23rd July 2007 on his 150th Birth anniversary. The reverse side of the coin has the portrait of Tilak with the inscription ‘150th BIRTH ANNIVERSARY OF LOKAMANYA BAL GANGADHAR TILAK’ in English on the bottom half and ‘Lokamanya Bala Gangadhar Tilak Ki 150 Wi Jayanthi in Hindi on the top half of the periphery.

A biopic was made on Tilak’s life

A Marathi movie titled ‘Lokmanya – Ek Yug Purush’ was released on 2nd January 2015, which was the biopic of the great revolutionary. The movie was directed by Om Raut and produced by Neena Raut. The film starred Subodh Bhave in the lead role and Chinmay Mandlekar and Priya Bapat in other main roles. The movie was critically acclaimed and received good audience response too.