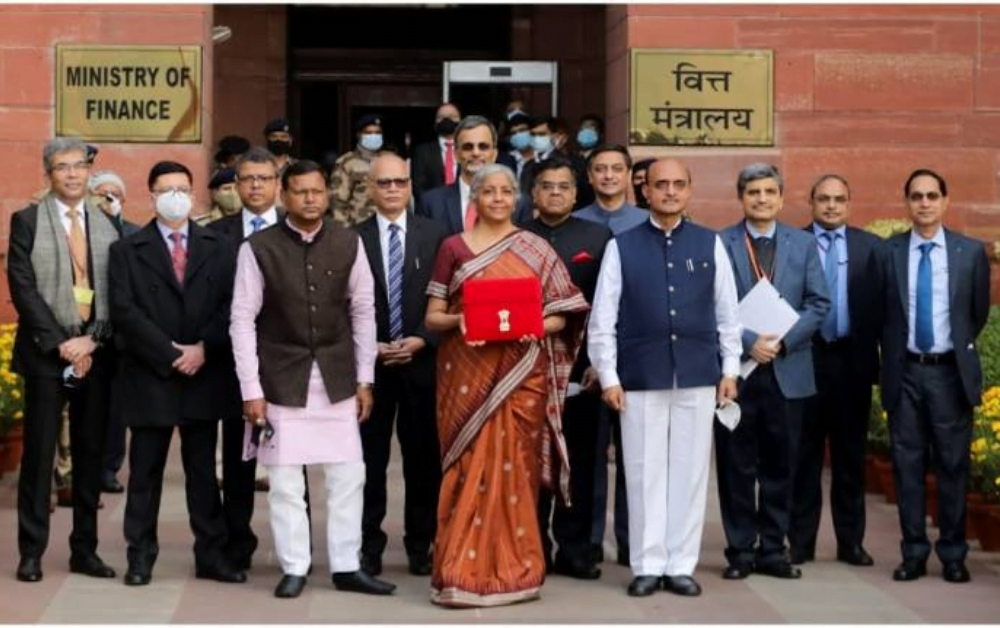 Amount Of MSP Handed Out To Farmers To Double Their Income

“Amount of MSP handed out to farmers, we are well on our way to help them in improving income.”  said CEA V Anantha Nageswaran upon being asked questions on the issue of doubling farmers’ income.

The PM Gati Shakti Master Plan, which was mentioned prominently in Nirmala Sitharaman’s budget speech for 2022-23, entails holistic policymaking for seven infrastructure sub-sectors: roads, railways, airports, ports, waterways, mass transportation, and logistics, as well as a central digital portal that can be accessed by all stakeholders for real-time information.

“Data exchange between all modes of transport will be brought on a unified logistic platform designed for application programming interface (APIs). This will enable efficient movement of goods, reducing logistics cost and time, assisting just in time inventory management, and eliminating tedious documentation” said Sitharaman as part of her budget speech.

With the pandemic intensifying mental health issues in individuals of all ages, a National Tele Mental Health initiative will be launched to increase access to high-quality mental health counselling and therapy.

The National Institute of Mental Health and Neuro Sciences (NIMHANS) will serve as the nodal hub for 23 tele-mental health facilities.

Ms Sitharaman said, “The pandemic has accentuated mental health problems in people of all ages. To better the access to quality mental health counseling and care services, a National Tele Mental Health program will be launched,”.

Natural, chemical-free farming will be encouraged across the country. Kisan Drones will be used to survey crops and apply insecticides.This is expected to drive a wave of technology in the agriculture sector, the FM said. The Rs 44,000 crore Ken-Betwa river connection project would benefit 9.0 lakh hectares of farmer land.

No Raise In Taxes

“I have not made any effort to earn even a single rupee by taxing the population. PM Narendra Modi had told us last year that whatever might be the fiscal deficit, the public should not face more pressure from income tax rates. We have followed the same method this year too.” Ms Sitharaman said.

Crypto Are Not Currencies, Currency Issued By RBI Will Be Digital Currency

There will be a TDS imposed on any transaction happening in the crypto world. Anything outside RBI ambit is not currency. Every budget doesn’t talk explicitly about inflation but measures factor it in.”

LIC IPO In All Probability To Go Through In FY22

“LIC, in all probability, is going through this year. We have shown intent of the government. Air India got cleared, NINL found a buyer. We are progressing and being very realistic in this.” said the Finance Minister

The much-anticipated IPO of the life insurance titan is projected to be one of the country’s greatest, with the government hoping to generate over $12 billion by selling a minority interest to the public.

According to Bloomberg, the government is seeking a price of $203 billion for the life insurance juggernaut, making it the second-largest publicly traded corporation by market capitalization.

A new law would replace the Special Economic Zones Act, allowing governments to collaborate in the development of enterprise and service centres. This will apply to all current and new significant industrial enclaves in order to maximise infrastructure use and improve export competitiveness. The FM said that the move aimed “for the development of enterprise and hubs”. “It will cover the existing industrial enclaves and enhance the competitiveness of exports,”she added.

To aid states in catalysing overall investments in the economy, the expenditure for the ‘Scheme for Financial Assistance to States for Capital Investment’ is being boosted to Rs 1 lakh crore in FY23, up from Rs 15,000 crore in the revised estimate for the current year. The allotment will be utilised for PM Gati Shakti-related and other productive capital investments, and these 50-year interest-free loans are in addition to the standard borrowings available to states.

Recognizing the lack of space in metropolitan areas for electric car charging stations, the finance minister advocated enacting a battery-swapping legislation and establishing interoperability standards. The private sector would be encouraged to establish long-term and creative battery or energy-as-a-service business models.