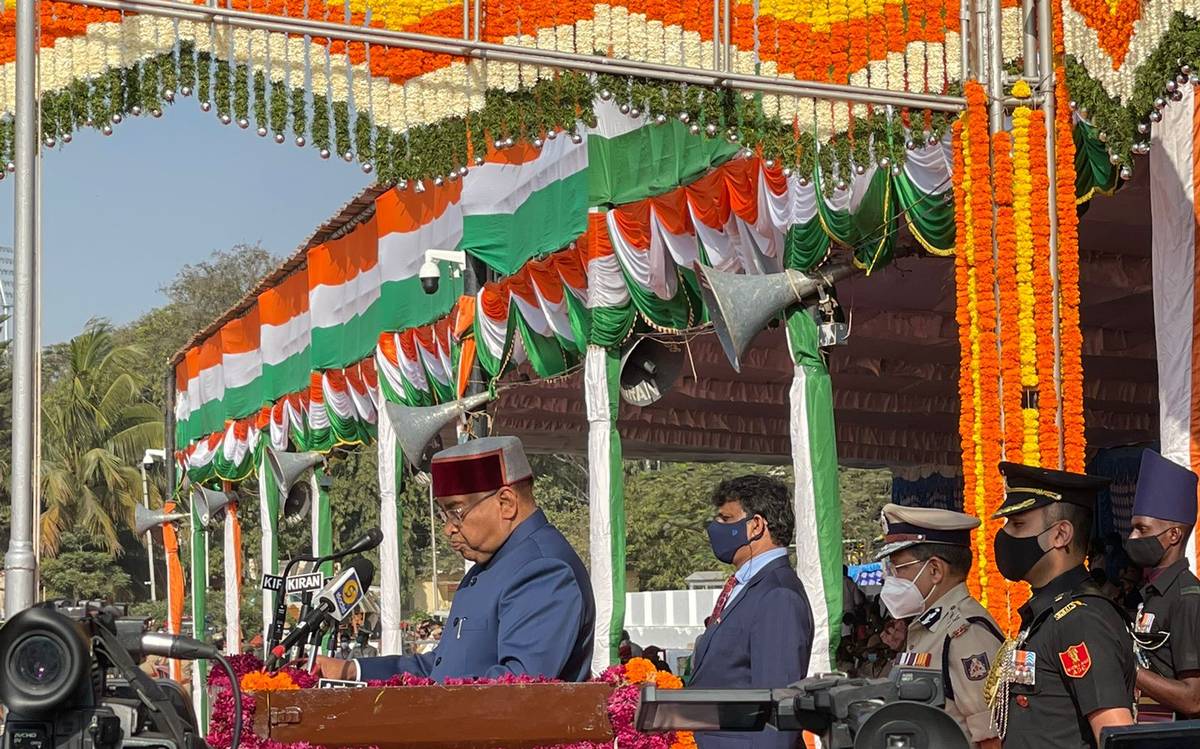 Image Via The Hindu

In the midst of cloudy weather, the magnificent Republic Day procession began at 10:30 a.m. today. The national flag was unfurled as is customary, followed by the National Anthem and a thunderous 21-gun salute by the Ceremonial Battery of the 871 Field Regiment.

The beautiful day marked a sad farewell. Virat, the President’s Bodyguard’s courageous charger who has marched in 10 Republic Day parades, accompanied the President on his final one.

Virat, who joined the bodyguard family in 2003, was honoured this year with the Chief of the Army Staff Commendation Medal.  President Ram Nath Kovind, Prime Minister Narendra Modi, and Defence Minister Rajnath Singh bid him farewell.

3. The Ministry of Civil Aviation presents a tableau in the Republic Day parade for the very first time

6. Haryana presents its tableaux with theme ‘number one in sports’

Prime Minister Narendra Modi laid a wreath at the National War Memorial and observed a two-minute silence in honour of the Indian Armed Forces’ fallen soldiers.