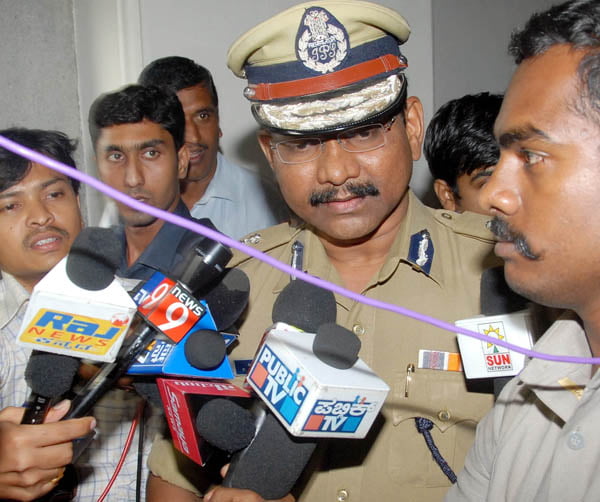 Senior IPS officer P. Ravindranath who was recently transferred from his previous post as DGP, Directorate of Civil Rights Enforcement to DGP Training, submitted his resignation on Tuesday, claiming that he is being harassed for taking action against people associated with fake caste certificate issues. The officer has now submitted his resignation for the fourth time in his career.

Ravindranath wrote in a letter, “I am pained to observe the apathy shown by Sri Ravikumar, IAS, chief secretary of Karnataka, when I requested him to issue a government order to set up a protection cell as per the rule 8 of SC and ST (prevention of atrocities) rules 1995. Further, I am prematurely transferred without any public interest just to harass me, since I have taken legal action against people involved in the fake caste certificate issue.”

Mr. Ravindranath recently gave a press conference to declare that he is investigating the fake certificate allegations involving MLA Renukacharya’s daughter and MLC family members. He also claimed that numerous upper-caste families in the Western Ghats had gotten forged SC/ST caste certificates, which he was investigating, and advised the government to take legal action. According to sources, this could be the cause for his premature transfer, which is prohibited under service rules that state that an officer cannot be transferred within two years.

Ravindranath, the Director General of the Directorate of Civil Rights Enforcement (DCRE), was recently shifted to the Karnataka police’s training wing. The officer was not pleased with the state government’s choice.
He met with DGP Praveen Sood on Monday and told him about his experience before resigning on Tuesday, submitting his letter to to Chief Secretary P Ravikumar.

The 1989 batch IPS officer from Andhra Pradesh had already quit the force but later withdrew his resignation.  Ravindranath resigned in 2014 in protest of Bengaluru city police commissioner Raghavendra Auradkar’s role in reportedly framing him in a case involving the photographing of a woman in a cafe.

In 2008, he resigned in protest of senior colleague B E Umapathy’s alleged high-handedness as ADGP (administration).

Ravindranath also left the police force last year, citing the fact that he was not elevated to the rank of DGP although his juniors were. He retracted his resignation after being promoted to the position of DGP.