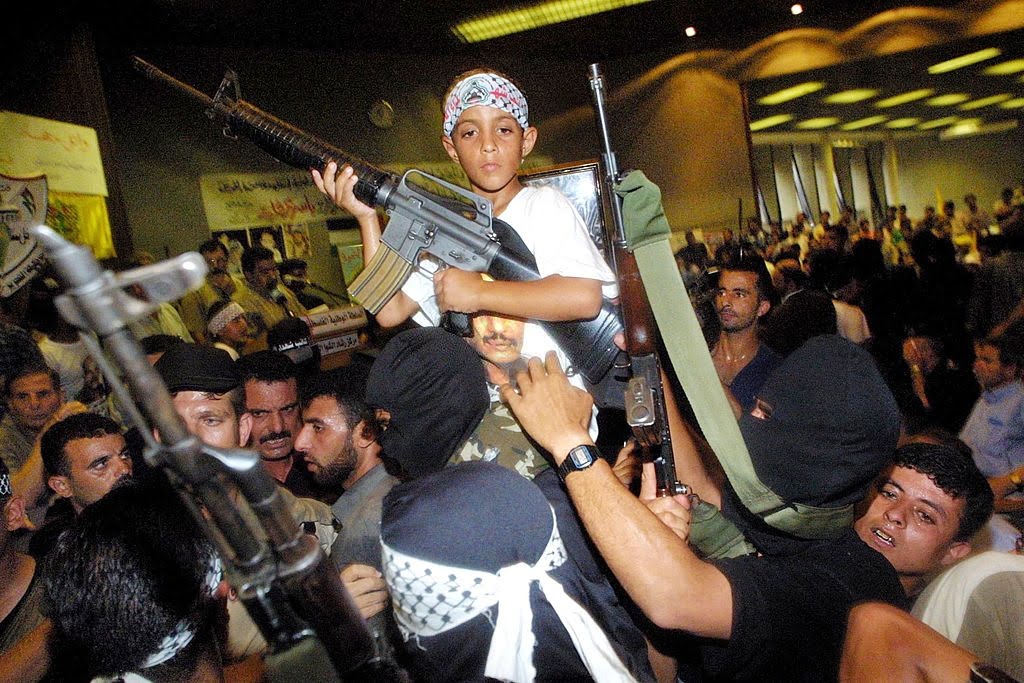 Terrorism, an act of intentional violence to achieve your aims by creating fear among civilians. A term that itself holds the power to create a panic in an individual. In earlier times when the term was newly coined, it wasn’t that frequently used. But grievously in recent times, the world witnesses uncountable terrorist attacks. Several groups have practiced this act, be it a political organization or a bunch of revolutionaries. We can say nothing extraordinary about terrorism which is not known to all of us despite living in an era surrounded by terrorists. However, what should be the focal point of our concern, is the increasing number of terrorists, precisely the children, and the teenagers. Weren’t the adult terrorists enough to conduct all this, why are they dragging the little children into it? What makes them so determined towards their purpose of destroying humanity? Such questions must have crossed our minds. So let’s take a deeper look at this,

As we all know, terrorists are the ones who practice terrorism to meet their purpose. Their determination towards their aim is so strong that they want to pass it on to the younger generation. So, that they walk on the same path and work to achieve the same purpose. They are trained in a particular way that teaches them, what they are seeking is holy. Along with that, they are completely brainwashed and whatever remains in their head points towards the destruction of humanity. The reason that they do not surrender or feel guilty of conducting such terrorist attacks is their righteous feeling about their intention. In their head, they already imprinted that their target differs from others and is the most pious thing one can work for. Therefore, they perceive their aim as an heirloom that must be passed on to their following generation. Their minds and thoughts all are dedicated to attaining a single purpose and for that, they heavily invest in ensuring that children become jihadis. This is their attempt to outlive the impending collapse of its so-called caliphate. Eventually, this leads to the creation of adults that becomes the reason for terror rather than be a potential resource for the nation.

“ISIS central command hopes that the children educated within their caliphate will carry on Baghdadi’s vision,” said Rachel Bryson, an expert in the radicalization of children under ISIS at the Tony Blair Institute for Global Change in London., referring to the ISIS leader Abu Bakr Al-Baghdadi.

Here is one such true story of a father seeing his teenage boy getting the education to be a terrorist.

Abu Shahed, the father of an 11-year-old boy who was brainwashed by the ISIS-run school. It shocked his guardians when they saw his fourth-graders textbooks. They were filled with images of “bombs, guns, machine guns, tanks, warplanes, and other war symbols,” Abu Shahed recalled.

“My son changed a lot at school and became pro-ISIS,” said Abu Shahed, who now lives in Turkey with his family and like others interviewed by NBC News did not want to give his full name out of concern for relatives still living in Syria.

“Me and my wife knew, we had a little spy at home,” he added.

Another heart-wrenching story of a family who discovered that they had two ISIS suicide bombers at home.

A father of three said he also was forced to send his sons Ali and Mohammad to an ISIS school.

“One year later I had two ISIS suicide bombers at home,” he said, adding that Ali had learned to count to 10 using empty bullets. “All they talked about were car bombs, guns, and how to become a fighter.”

They yearn to make a terrorist army and to let their vision be spread among the youngsters/the future terrorists. The teenagers get professional training, from holding a gun to shoot a person from a distance. In these ISIS-run schools, they appoint teachers to brainwash the children and to insert their terrorizing ideologies in their minds. All these are done at an early age as it becomes easy to divert these little minds’ compared to influence an adult person.

One such former teacher of the ISIS-run school said that they forced him to teach children ISIS propaganda.

“I was teaching them to become a young terrorist,” he said, explaining that ISIS rolled out a country-wide education system in May 2015. “I was simply brainwashing them.”

The workbooks of such schools used the positioning of military vehicles to teach the use of prepositions and illustrations of bombs to how to read the time. The youngsters become increasingly aggressive because of such lessons. Besides that, they are full of hatred and are restricted to get emotionally attached to anyone.

According to analysts, the fundamental challenge is to normalize these children’s lives so they can erase the indoctrination and learn to contribute to society. This is necessary for the recent time to avoid destructive happenings in the future. As hatred hold the power to destroy humankind.

The incidents of the contemporary world portray a horrifying image of the future. Recently, the northeast of Burkina Faso has been through a massacre in which over 130 people were miserably killed in a month. As per the government, the massacre was carried out by children between the ages of 12 and 14.

A piece of news that petrified humanity and put a question mark on the future of youngsters. What will happen if a child of our family becomes the one among them? Yes, this is terrifying but what we can do as an individual is to give the best teachings to our near ones, especially to the children, and spread lots of Love, to make this world a better place for the upcoming generations.

CONTEMPT OF COURT AND FREEDOM OF EXPRESSION: A DELICATE BALANCE