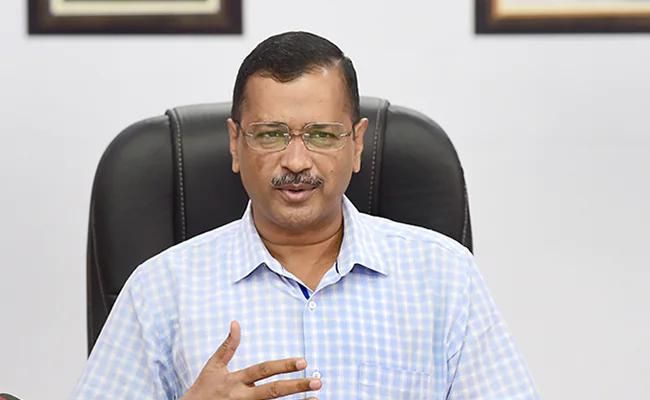 Delhi Chief Minister Arvind Kejriwal on Wednesday appealed to the Centre to include pictures of Hindu deities Lakshmi and Ganesh on Indian currency notes. “If Indonesia can do it, we can do it too,” he added. Adding pictures of the Hindu Gods alongside that of Mahatma Gandhi will bring prosperity to India, the AAP national convenor said. “Despite making efforts, sometimes our efforts do not fructify if gods and goddesses are not blessing us. I appeal to PM Modi to have photos of Lord Ganesha and Goddess Laxmi on our currency notes. If there is a photo of Lakshmi-Ganesha on our currency notes, our country will prosper. I will write to the prime minister in a day or two on this,” he told the media.

The Delhi Chief Minister clarified that he was not asking to change currency notes, but was requesting for new notes to include pictures of Lakshmi and Ganesh. “Everyday new currency notes are printed. These pictures can be added then,” Kejriwal said, adding that the two Gods were associated with prosperity.

“Indonesia is a Muslim majority country and has only 2-3 per cent Hindus and they have Ganesh ji’s photo on their currency… when Indonesia can do it, why can’t we,” he asked while addressing a press conference in the national capital.

“We all want India to be rich and every family here to be prosperous. We have to open schools and hospitals on a large scale,” said Kejriwal. Netizens were amused by such comments by Kejriwal. One twitter user said, “Kejriwal ke supporters will you please stand up and explain to us commoners what is this new Newtonian logic?”

Another user said, “To think that I volunteered for you guys. I gave my heart and soul in the 2013 elections. Ever since that you have systematically let everyone down. Why are you mimicking the Modi model of religious bigotry?”

Lamenting the fact that the India economy was not in a good shape, he said the country was passing through a delicate situation with the rupee depreciating against the US dollar.

“All demonic powers aligned against us,” Kejriwal said on the upcoming polls in Gujarat. He also challenged the BJP to cite one good work it had done in Gujarat, where it has run a government for the last 27 years.