Bulls in the US reclaim their mark. 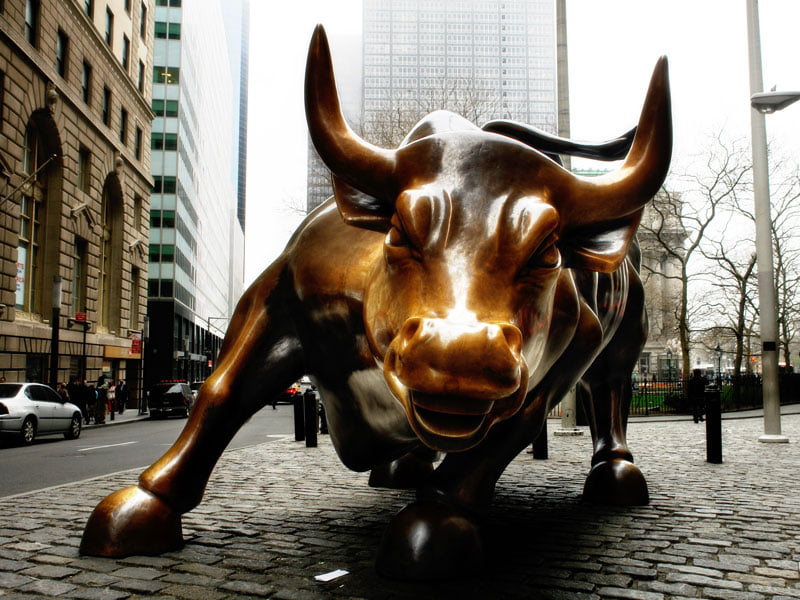 The bulls in the United States of America seem to have reclaimed their mark in the stock markets. Wall Street’s main indexes have gone up on Wednesday in a broad rally after upbeat economic data was published. This broad rally was further boosted by the hopeful development about the severity of the Omicron coronavirus variant that has infected the world.

The Omicron variant was first identified by a team of scientists in South Africa. Soon the variant began to spread and cause panic among the stock market investors. When the variant was first identified, the stock market had crashed. Again on the 20th of December the markets across the world had crashed due to the rising infections of the Omicron variant.

The S&P 500 had gained at least 1% for the second day in a row. This has put it near-record levels, as volatility has ratcheted up in the last month of 2021 following the arrival of the Omicron variant. The reason for the hope is that an early study conducted by South Africa suggests that the risks of hospitalization were lower than the Delta variant and the severity of the virus was also low. However, the World Health Organization (WHO) officials have cautioned that it was too soon to draw any firm conclusions. The chief investment officer of BMO Wealth Management, Mike Stritch, told Reuters that there is still a struggle for direction in the face of the Omicron outbreak. However, he adds that there is more and more data that suggests the variant is potentially less severe than its previous strains. This goes hand in hand with the economic momentum in 2022.

Tesla shares were not behind in the rally. The shares rose by 7.5% which boosted the S&P500 and the Nasdaq. Tesla’s chief executive officer, Elon Musk, had said in an interview that he has sold “enough stock” to pay his taxes.

Furthermore, US consumer confidence improved in December. It suggests that the economy would continue to expand in 2022. The Conference Board conducted a survey wherein it showed that consumers planned to buy houses, motor vehicles and major household appliances as well as go on vacation over the next six months.

Further reports showed that US home sales increased for a third straight month in November. The gross domestic product increased at a 2.3% per annum return in the July-September quarter. This was revised up from the 2.1% that was estimated in the last month.

In another encouraging report from the United States, Pfizer Inc was authorized to use an oral antiviral Covid-19 pill for at-risk people aged 12 and above. This became the first at-home treatment for the coronavirus. Pfizer shares rose by 1% on the benchmarks.

The benchmark S&P500 is now up 25% so far in the year 2021. The environment for equities could be changing heading into next year as the Federal Reserve (the US central bank) is expected to raise the interest rates to bring inflation under control.

With this, the bulls have certainly been reclaiming their mark in the US stock markets. However, time is unpredictable and anything can happen tomorrow or the day after. But whatever, it may be the stock markets will be resilient to the change and will bounce back!

A mockery of democracy? Here’s why the opposition leaders are opposing the The Election Laws Amendment Bill

Atrangi Re- No Method, All Madness